An article published earlier this month in NPR may hold the secret to getting your child to help out around the home from as young as two-years old…with little to no resistance on their part. And it seems indigenous families in Mexico and Guatemala already hold the key in their hand.

If you are sceptical, there’s a large body of evidence to support this monumental claim. But it’s going to take one sacrifice in particular for parents: slowing down. (You knew there’d be a catch.) But as psychologist Suzanne Gaskins argues, it’s worth it.

For the past 30 years she has been documenting a beautiful phenomenon that is natural in Mexican families yet foreign to most affluent cultures. Young children in these Mexican homes are helpful around the house, and actually help out voluntarily.

There’s even a word for it which has no clear English translation: acomedidi, which encompasses something more than just ‘doing what you are told,’ and more than just ‘helping around the home,’ according to Andrew Coppens, an education researcher at the University of New Hampshire. It’s more complex, he says, and more accurately, has to do with being in tune with what needs to be achieved around the home, and attending to it.

A sophisticated concept for a small child, yet it works even outside the original context. Coppens and his colleagues contrasted mothers they interviewed in Mexican-American households with mothers in Silicon Valley of European ancestry and found that children of Mexican heritage where doing about twice as much as their Silicon Valley counterparts, and doing it more happily too.

The key to unleashing this power in small people, researchers say, is embracing their potential from as early as 12 months old. (Enter the necessity of parental patience ad infinitum.) The suggestion is that Western parents need to make a complete mental shift from their picture of “terrible toddlers” who are only capable of tantrums.

Coppens doesn’t deny that tantrums are universal, as ethnographic records shows. Yet less obvious to Western minds is a toddler’s potential to be genuinely helpful, something anthropologist David Lancy addresses in his new book Anthropology Perspectives on Children as Helpers, Workers, Artisans, and Laborers. 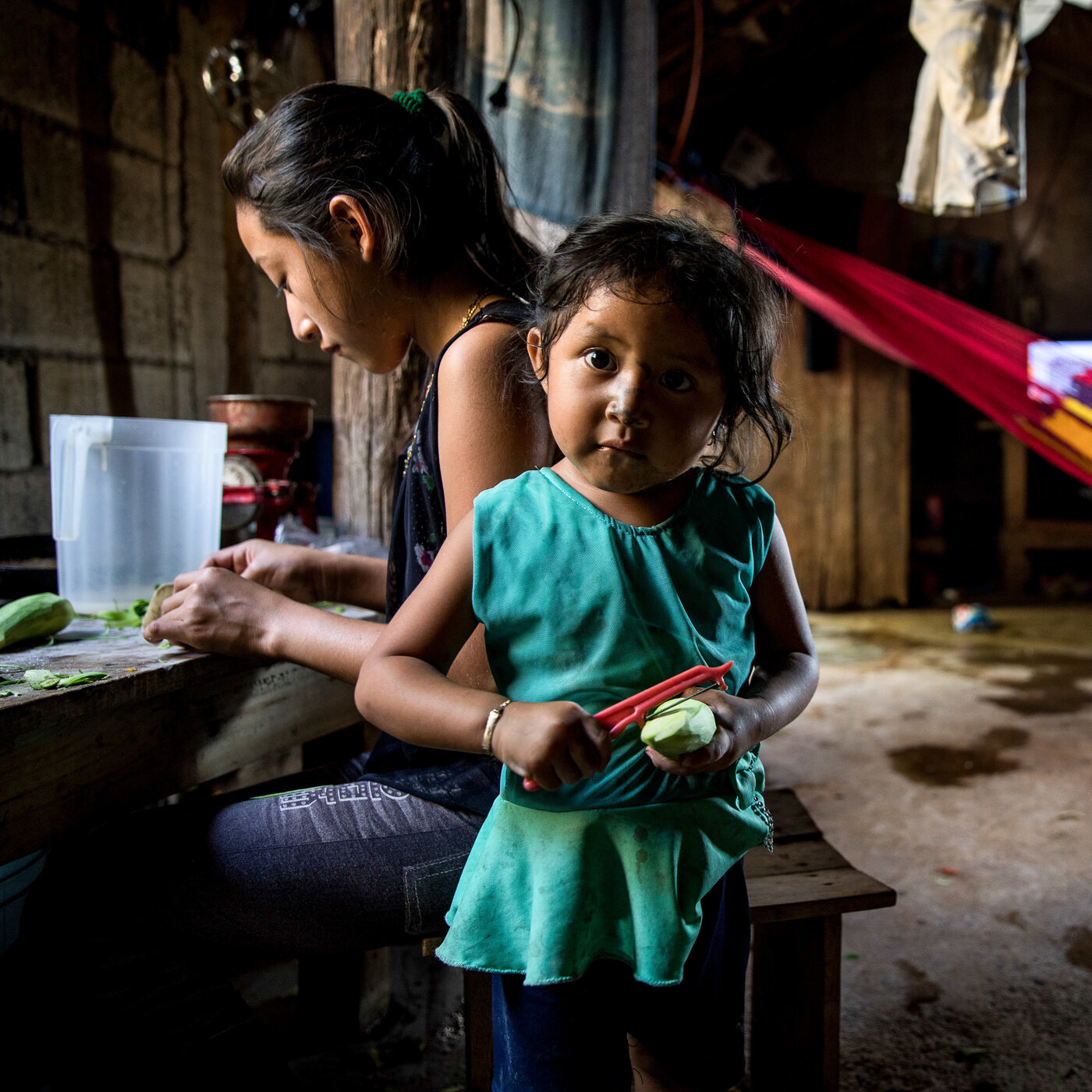 At home in a small village near Valladolid, Mexico, Alondra, 3, peels
a mango. Her sister Susy is by her side. Adriana Zehbrauskas for NPR

Mexican mothers will probably shrug their shoulders, but it may blow Western mums’ minds to learn that in one study, 20-month-olds stopped playing with a new toy and walked across the room to help an adult pick up something from the floor. As psychologists Felix Warneken and Michael Tomasello observed, “children appear to have an intrinsic motivation to help,” and that “extrinsic rewards seem to undermine it.”

So, are we patronising our kids and treating them beneath their dignity when we presume that we need to chocolate-coat chores? Unnervingly, the research might be gently suggesting so. But in addition to quitting bribes and reward systems, it looks like Western parents need to do something more simple, and much harder: slow down.

Psychologist Rebeca Mejia-Arauz of ITESO University in Guadalajara notes that many Western mothers tell her, ”I need to do a chore very quickly, and if my toddler tries to help, he makes a mess. So I’d rather do it myself than having them helping.”
The operative word there is “very quickly”.

Yet Lancy thinks “we are doing a disservice to toddlers and older children when we deny them the opportunity to pitch in and be helpful.” In contrast, Mejia-Arauz explains that the Mexican mother’s mindset is to see her toddler’s counterproductive “helping” as an “investment.”

If toddlers are taught to approach chores as a way to explore, create, contribute and spend time with family, they will be more likely to voluntarily help out later, when they’re old enough to make some seriously helpful contributions around the house. And Mexican mothers say they don’t “force” a chore, but work more organically with their child’s interests.

Children like to be bossed around about just as much as adults do. But the research is clear, toddlers evidently want to be helpful members of their domestic community. And whether that manifests as real contribution or counter-productivity is actually irrelevant at first– if highly maddening.

After reading the article during my 2- and 3-year-olds’ naptime, I decided, with uncharacteristic zeal, that we’d bake cookies when they woke up. We did, (from the packet – I know my competence levels). And yes, I collapsed and poured myself a glass of wine as soon as we shoved them in the oven.

I’m aware that fast-paced Western culture has seeped into my bones, even against my efforts to let it. I wish to emulate these beautiful Mexican mothers in their saintly patience with their toddlers’ “help,” although my efforts in that department might be sans homemade cookies for another month or so.

Still, the glow on my children’s faces at their achievement will encourage me to persevere.