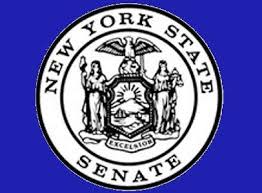 Brian S. Brown, President of the National Organization for Marriage gives us a useful snapshot of the state of political play on the marriage battlefield in US in yesterday’s newsletter from the NOM.

On the political front he tells us about events surrounding

“the special election for the seat of flip-flopping State Senator Carl Krueger which took place in New York on Tuesday. This was a race that was supposed to be easy for the Democrats. A shoo-in for Lew Fidler.”

“Most people from the get-go thought Fidler’s a shoo-in,” Community Board 15 chairperson, Theresa Scavo, admitted to the New York Daily News. For Sen. Diane Savino (D-Staten Island) it was a bad omen that they were having to compete for the seat in Brooklyn at all. “It’s the most Democratic county in the state.”

On paper, the race wasn’t supposed to be close. As we write they are recounting but Fidler is losing by 100+ votes. Fidler was a three-term Democratic councilman and his Republican opponent, David Storobin, is a 33-year-old attorney and first-time candidate for public office. According to the state Board of Elections, the district has 89,670 registered Democrats, compared to 26,994 Republicans.

“But already the political establishment is rocking”, Brown says, “and there is no way to deny that Fidler’s support for gay marriage hurt him badly here.”

“This is one community where these kinds of concerns, whether they’re real concerns or exploited concerns, they apparently have some legs,” said Bob Liff, a Democratic political consultant.

NOM teamed with the Orthodox Jewish community in Brooklyn in support of Storobin. They see this as a really historic occasion for NOM and see marriage bringing people together, across lines of race, creed and party, some extraordinary people.

Brown feels that “It helped enormously that Storobin never ran from the issue, never downplaying the ‘social issues’, as so many pundits observed. Brooklyn Republicans watched Bob Turner’s surprise victory, they are watching the troubles of the pro-gay-marriage Republicans in New York, and they are learning—or relearning—some important lessons.

“The ‘social issues’ are what originally turned Reagan Democrats into Republicans, and the same thing is happening in the most Democratic place in America!”

On Tuesday, Brown tells us, he was in Des Moines, Iowa, where a huge rally took place to try to push Democratic Senate leader Mike Gronstal to permit a marriage amendment to come up for a vote.

“It was an amazing and energizing experience—especially meeting the young people. A teenager, maybe 14 or 15 years old came up to me and said “I just want you to know how excited I am and so thankful to be here today. This is very important—we have to let people know how important protecting marriage is! Thank you!” he told me.”

Meanwhile, as he was flying to Iowa, Maggie Gallagher and Jonathan Baker, two other NOM people, were in Seattle for the annual board meeting of Starbucks. In late January Starbucks announced it was endorsing gay marriage in the state of Washington. An executive, claiming to be speaking for the company, announced that henceforth gay marriage is “core” to Starbucks values.

Intending to take action the two asked Starbucks’ Howard Schultz if this was the policy of the whole corporation.  Schultz said, in essence, yes: The decision to promote gay marriage was the policy of the corporation. Schultz seemed nervous when asked by another shareholder how this is possibly prudent, how it is in the best interests of the shareholder, especially overseas in countries where same-sex marriage is unthinkable.

Apparently, Schultz nervously replied that since Starbucks endorsed gay marriage in the state of Washington in late January, he hadn’t had any negative reactions.

So after the meeting NOM launched www.DumpStarbucks.com .

“We are asking thousands of Americans to reach out to Starbucks. Go to the website above and you can call your local Starbucks. Call the corporate headquarters, and let them know that millions of their customers—decent, law-abiding, loving people—do not support gay marriage.

“A company built on conscience ought to respect the consciences of all its customers, employees, and vendors. Corporate America needs to know: We are here, we buy coffee, we believe in marriage, get used to it!

“NOM’s protest against Starbucks is not just a national one—it’s an international protest, because we are going to reach out to customers in the areas where Starbucks is seeking to expand: to China and the Middle East.

“NOM’s Marriage Anti-Defamation Alliance just released another video that reminds us why we fight—because it reminds us what kind of America many advocates of gay marriage are seeking.

“We interviewed former GOP candidate for governor of Minnesota Tom Emmer, whose teaching position at Hamline University was stripped from him when faculty learned he opposed same-sex marriage.

“More and more Americans are recognizing gay marriage is a crucible—a test of our courage to speak and to act for the values we hold dear.