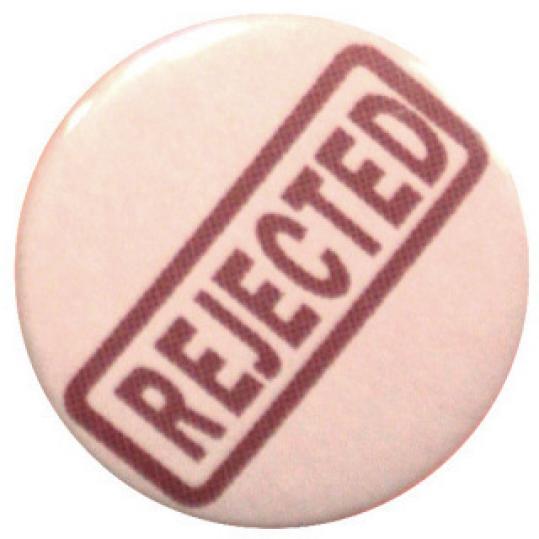 "This Boomer Isn't Going to Apologize", proclaimed a Wall Street Journal article written by economist Stephen Moore a few weeks ago. Responding to a series of apologies offered by baby boomers for the mess they had made of the world, Moore contends that maybe his generation wasn’t really so bad. After all they did give the world Apple, won the Cold War, boosted life expectancy and cut pollution.

"I can say first-hand that if boomer parents have anything for which to be sorry it's for rearing a generation of pampered kids who've been chauffeured around to soccer leagues since they were 6," he says defiantly. Moore continues by expanding on the selfish attitudes of the current young generations, while pointing out the advances of his own.

Well, I agree that this young generation is selfish. We had very good teachers. Somehow Stephen Moore seems to think that bad parenting is an insignificant little fault, something to be easily dismissed with a wave of a hand.

I’m sorry, Mr. Moore, but I’m twenty and when I look at the current state of society I don’t think that what you did is funny. The damage you did was not just to the world, but also to us. Yet you seem to think that we should thank you for all you’ve done. Otherwise you’ll call us "ingrates". So now I want to write that thank-you card and acknowledge the freedoms you won, the trusts you guarded…

Thanks a lot for preparing to bankrupt our nation by collecting massive pensions and benefits that you never paid for. We are paying for them, but we will never collect our money because the system will be broken long before then.

Thanks a lot for telling us that kids are a burden. You only had a few because they’d mess up your plans. We don’t know who will look after you in your old age but we don’t really care, because we think that you are a burden too.

Thanks a lot for telling us that autonomy is the greatest good and no one else should set our rules. You made it easy for us to destroy our bodies, minds, and spirits with indulgence, greed, and lust. After all, we’re not hurting anybody else.

Thanks a lot for telling us to make love and not make war. Now we are dying of AIDS and killing our babies by the millions. Great help that was. Besides, we still are at war, we just got the double whammy.

Thanks a lot for telling us how great birth control was. Comprehensive sex-ed in schools would make STDs a thing of the past, or so the snake oilers said. You just forgot to tell us that condoms aren’t full protection and that abstinence is possible.

Thanks a lot for showing us that marriage doesn’t matter. We divorce our partners quickly and shatter our kids’ lives. Little eyes ask us when Daddy is coming home; they don’t know how to understand “never”. Till death do us part? We start to laugh, but it becomes a cry.

Thanks a lot for telling us abortion was a right, leaving broken-hearted girls to smother their guilty feelings in silence because what they did was the best option. Wasn’t it?

Thanks a lot for telling us there is no morality and that virtues are old-fashioned. Why didn’t you tell us there was right and wrong before we messed up our lives? Wasn’t that your job? Why did we have to learn the hard way?

Thanks a lot for telling us religion and reason are opposed. You fed us Chicken Soup for the Soul and tenth-rate rock bands in church while leaving intelligence to the nihilists. Then you wonder why we leave the church and think that you’re just an old fool. Could it be because you never told us that great Christians could think too?

Thanks a lot for telling us that a woman’s life is not worthwhile unless she’s like a man. Our kids get warehoused in daycare while we shuffle paper for some boss. They force us to celebrate equal opportunity while we hide our emptiness under the mask of Prozac and fake smiles. Why can’t we just go home?

Thanks a lot for assuming that you are smarter than hundreds of years of legal tradition. You thought that you could throw out laws and conventions left, right, and centre. Now people want assisted suicide, and we are fighting for free speech. Our foundations are crumbling and we haven’t found what’s underneath.

Thanks for giving us a world where morality is relative, murder is okay, marriage is a joke, divorce is expected, self-control is replaced with force, love is everything but it doesn’t exist; where self-fulfilment is the greatest good but we don’t know what fulfilment means; where politics is dirty, taxes are sky-high, the economy is crashing and gangs are roaming further.

I know I’m only twenty, but I think I am old enough to see that something has to change and we don’t have very much time. I know the experts told you that the youth wanted all this, but did we really? Or did we just trust that you had all the answers? Now you’ve made hell while trying to create utopia. You wanted free love and free money but we pay the price. You said you were doing it for us, but you did it for yourselves.

Our nation has a hangover after your party, and we live in the morning after. Is there really much left to say except, so long and thanks for all the mess?

Rebekah Hebbert lives in Ontario, Canada, and blogs at missmarprelate.blogspot.com