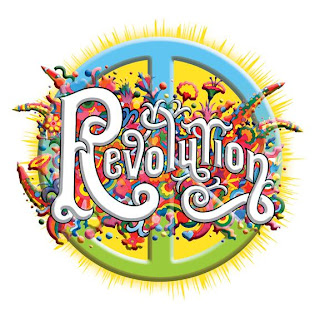 How
many times has it been said in recent weeks that Catholic bishops
everywhere were irresponsible, even criminally irresponsible, in not
disciplining their clergy who were suspected of sexual crimes until
these crimes emerged in the media. Let’s take a closer look at priestly sex abuse in its historical context:

1. Most of it happened in the 1960s, 70s and 80s.
2. Only priests are in the spotlight but most abuse is due to stepfathers, teachers, coaches, etc.;
3. One
is too many, but only a tiny fraction of priests has been involved in
sex abuse. In some instances, the same person committed many offences.
4. Any action of a priest abusing his authority to obtain sexual favors is highly reprehensible. Nevertheless, according to Msgr. Charles J. Scicluna,
the Vatican official who deals with these cases, paedophilia or sexual
relation with prepubescent children represents 10% of the cases
reported to the CDF.  About 60% are homosexual acts with adolescents and 30% with women.

Human
nature is like an instruction manual from the Creator. The post-modern
style is to reject the author of the manual and write your own
instructions.  When this happens, the parameters of antisocial
behaviour disappear. In the wake of the sexual revolution, in many
state criminal law codes or statutes, as well as in medical and
psychological manuals, some crimes related to sexual behaviour and
family relations have been removed little by little in the name of
equality and non-discrimination. People have tried to reengineer human
nature and redefine marriage and the family.

As
a result, we have a society which has very few rules about sexuality
and which fosters the development of individualistic, narcissistic
persons with little respect for the few rules which remain. This leads
to regarding sexual misconduct as a “right to diversity”. Some Catholic
clergy have become infected with this spirit.

The
effects of the 1968 French student revolution were felt not only on
North American campuses. In some Catholic seminaries there was a new
approach to the teaching of moral theology which uprooted fundamental
principles of human sexuality. This is the time when today’s priests
were formed. Is it any surprise that some of them do not understand
appropriate social behaviour in sexuality?

Despite
the upheaval most Catholic clergy received appropriate training and
gave a wonderful example of how to live human sexuality in celibacy.
Nevertheless, from the beginning of the 1980s, cases of sexual
misconduct by Catholic clergy started to surface. They were a small
minority, but exploitation by the media and lawyers ended up with lurid
court cases and costly settlements and kept them in the headlines.

Church
authorities were unprepared for the wave of misconduct. The Vatican
and US bishops had taken a number of steps before 1994. But until then
the received wisdom was that pedophilia was a disorder that could be cured. A feature in Zenit sums up the situation: “Before
1994, bishops took their cue from experts in the psychiatric profession
who believed pedophilia could be successfully treated. Priests guilty
of sexual abuse were sent to one of several treatment facilities across
the United States. Bishops often relied upon the judgments of experts
in determining whether priests were fit for ministry. This doesn’t
mitigate the negligence on the part of some in the hierarchy, but it
does offer some insight”.

The role and the application of Canon Law need to be addressed in another posting.


Ernest
Caparros is Emeritus Professor of Law at Ottawa University in Canada
and a Visiting Professor in the Canon Law Faculty at the Pontifical
University of the Holy Cross in Rome.