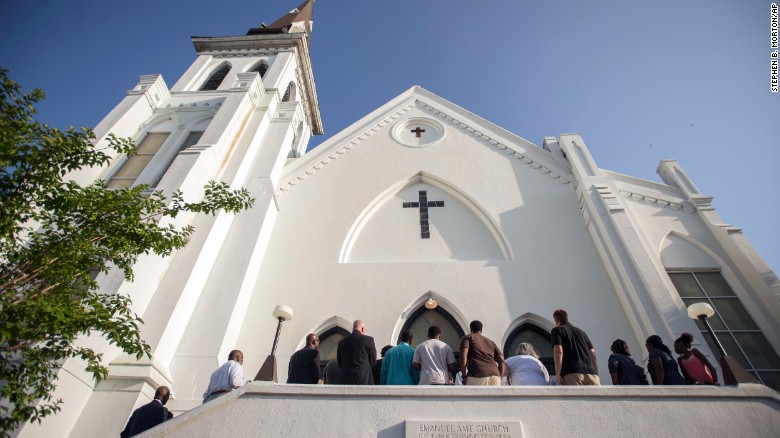 “In the near-week since a shooting rampage left nine African-American parishioners dead at the historic Emanuel AME Church in Charleston, South Carolina,” opined Emma Margolin at MSNBC Tuesday, “all eyes have turned to the Confederate Battle flag flying above the state capitol grounds.”

South Carolina has removed the Confederate flag from its capitol building in Columbia, Mississippi’s Speaker of the House has expressed support for removing the Confederate battle emblem from that state’s flag, and a host of retailers—Amazon.com the largest among them—have pulled all Confederate flag merchandise. And yet, Margolin writes, “virtually no one has advocated for stronger gun control laws in the wake of the Charleston massacre. . . . [S]houldn’t the firearm [Dylann Roof] actually used to kill nine black people at least be part of the conversation on how to move forward?”

Good questions, indeed, but another topic has been even more seriously neglected. Namely, Dylann Roof was born to parents who were already divorced, was raised largely by a biological father and stepmother, and then endured that bitter divorce when he was in high school.

Shouldn’t family background also be part of the conversation?

Psychologists worry about aggressive children—and with good reason. In a recent study, researchers at Towson University in Maryland explained the urgent need for a deeper understanding of the problem: “Aggressive children who bully peers and make trouble for teachers and neighbors are more likely than other children are to have difficulties both as a child and as an adult. They are more likely to have problems with academic work and peer relationships and display antisocial behavior, juvenile delinquency, conduct disorders, and drug abuse during adolescence. As adults, aggressive children are more likely to suffer substance abuse, alcoholism, accidents, unemployment, divorce, and physical and psychiatric illness, commit delinquent and violent behavior, and require more social and remedial services.”

To better understand the social circumstances that foster such aggression, the researchers look for correlations between psychological development and the home lives of 701 boys and 708 girls from 62 census tracts in Baltimore as they move from first grade into middle school. Their analysis suggests that when marriage bells stop ringing in a neighborhood, the children in that neighborhood turn mean.

For the boys in the study, the Towson scholars find that “high levels of male employment and median income are related to lower levels of aggressive behavior over time, while high levels of neighborhood violence and percentages of single males and female-headed households are related to an increase in aggressive behavior.” When they shift their attention to the girls in the study, the researchers find essentially the same pattern. However, in the data for the girls, the researchers see statistical measures linking aggression to neighborhood characteristics that are “higher and more robust than those for the boys.” The breakdown of family life appears to be particularly important as a cause of girls’ aggressiveness: the researchers report that “the percentage of single men and mother-alone families rival neighborhood violence as providing the most explanatory power” in their statistical model for aggressiveness among girls.

If Americans want to subdue the inner-city aggression that has sent far too many young people to prison and early graves, it may take more than public-school teachers teaching students the words of “Kumbaya.” It may take preachers, teachers, parents, and civic leaders affirming wedlock as a cherished and crucial institution.