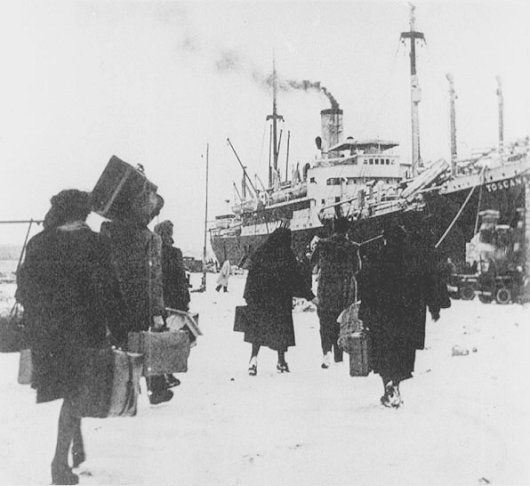 One of the many little-known stories of grief provoked by World War II is that of the Istrian people, who were the victims of international politics, ideology and (purposeful) forgetfulness in the aftermath of the war. Since 2004, however, Italy has celebrated their place in national history and culture on February 10.

Istria is a relatively small peninsula on the Adriatic Sea, east of Italy and now belonging mostly to Croatia and partly to Slovenia. While Italy gained political independence and unity only in 1861, a feeling of national identity was widespread for centuries, mostly because of the lingering influence of Roman culture and the Latin language.

Similar to many other regions washed by the Northern Adriatic Sea, moreover, Istria had been strongly influence by the Venetian domination, and even today the Italian minority in Istria speaks a dialect which is strongly reminiscent of Venetian. Palaces showing the typical features of Venetian architecture are observed side-by-side with Roman remains, and bear witness to the strong presence of Italian culture in Istria.

In spite of this, Istria prided itself of its ethnic and cultural diversity, which had been fostered also by the Austro-Hungarian domination (1814-1919). People of several linguistic traditions (including Italian, Croatian, Slovenian, Austrian and Romanian) used to cohabit very peacefully, within a multilingual milieu where no single ethnic group monopolised either power or culture.

Union with Italy, Fascism, and Communism

However, and again like other Northern-Adriatic regions, the Italian-speaking population (a majority in the nineteenth and early twentieth century) longed to be united to the newly-created Kingdom of Italy. In the lands still under Austrian control, a movement called “Irredentismo” carried the spirit of nineteenth-century Italian Risorgimento well into the twentieth century. The outcome of World War I fulfilled the patriots’ aspirations, and Istria (together with important cities and regions of today’s north-eastern Italy) became officially part of the Italian kingdom.

The first important ethnic issues were brought to the fore by the ascent of Fascism, which aimed at linguistic and cultural homogeneity, and which forcibly changed foreign-sounding family names and place names, further alienating the non-Italian components of the population.

This situation of altered social and ethnic balance, worsened by World War II and the Nazi occupation, was made even worse by the explicit political will of Marshal Tito. This former protagonist of the Resistance to Nazi-Fascism, who was later to become the president of Yugoslavia, unambiguously stated that “Possession is 9/10 of law”. In other words, if his armies succeeded in occupying Istria, neither ethnic/cultural issues nor the inhabitants’ self-determination could significantly threaten his claims on the land. (Since no plebiscite was ever called, the inhabitants could hardly express their opinion democratically).

Tito’s occupation was enforced by violence; people were arrested, imprisoned, tortured and killed for all kinds of reasons: for their religious views, which were opposed by the Communist partisans of Tito, for their national identity, for owning small enterprises, shops or land. In many cases, moreover, personal revenges passed for political issues; several members of the Catholic clergy were brutally assassinated, and young girls such as Norma Cossetto were cruelly tortured, raped and killed, with neither process nor pretext.

Tito’s aim of eliminating the Italian component of the Istrian population was pursued by terrorising civilians: for example, during the massacre of Vergarolla (August 18, 1946), hundreds of people were exterminated in a single day.

The ‘foibe’: exterminating the Italian Istrians

The most unique and sad feature of the Istrian history, however, concerns the “foibe” ‑ the very deep natural sinkholes where Tito’s secret and political police threw men, women and even children. Sometimes these chasms were used as mass graves for the victims of political persecution, but often people were tossed into foibe when still alive, and died by starvation or from their injuries and trauma.

How many people met with such a death? No agreement has been reached by the historians on this point, and only estimates are possible. The sinkhole of Basovizza, which is the only one belonging currently to Italy (and thus the only one to have been thoroughly searched), can give us a glimpse of that tragedy. From Basovizza, some 150 cubic metres of human remains were extracted: thus, some historians estimate the total victims of the foibe to reach the figure of 20,000. Marshal Tito’s right-hand man, Gilas, and Kardelj (his minister for foreign affairs) stated later that their duty was to “get rid of the Italians in any way”.

It was essential, for them, to exterminate, to silence and to drive out the Italian-speaking Istrians, so that their land could be assigned officially to Yugoslavia. The fate of Istria was frequently debated at the negotiating tables, though the Allies were not completely aware of the ethnic composition and of the national aspirations of the Istrians.

War booty for Tito, and flight

The peace treaty signed on February 10, 1947, created the Free Territory of Trieste (TLT), dividing the Venezia Giulia (including both Trieste and Istria) into two zones, under the rule of the Allies. This made clear to the Italian Istrians who were under the Titoist influence that their doom had been pronounced: their homeland had become war booty, or payment for Italy’s war debts, and their freedom of language, culture, religion and tradition was threatened by the Communist regime of Yugoslavia.

Thus, some 350,000 fled their land: though hard, this choice held the only possibility of preserving their culture and national identity, as well as freedom to practise their faith. Most of them left the capital city of Pola by sea, and their exodus was at least controlled and somehow protected by the Western Allies; those fleeing from the zone under Tito’s rule found it even harder to escape, and frequently risked their lives in the attempt.

Though the exiles saw Italy as a promised land, for whose sake they had abandoned everything, they were received with very little warmth by their homeland. Their attachment to their nation and language, and their fear of Communism were mistaken for Fascism: entire families were denied even fresh water when the exiles’ train passed through the station of Bologna, where angry citizens forbade everyone (including the Red Cross) to approach the fugitives.

The exiles were then gathered into barracks or abandoned schools, where they lived in isolation, like in ghettos; many families remained in such camps for many years, while others left for the second time and emigrated to Canada, Australia or the US.

After nearly seventy years, those who have experienced these events directly are fewer and fewer, but their history is still frequently silenced for political reasons. The institution of an Italian national day of commemoration (since 2004, celebrated annually on February 10) has certainly contributed to making their tragedy better known, but much remains to be done for granting them, at the very least, the respect, intellectual honesty and historical truth which is owed to them.