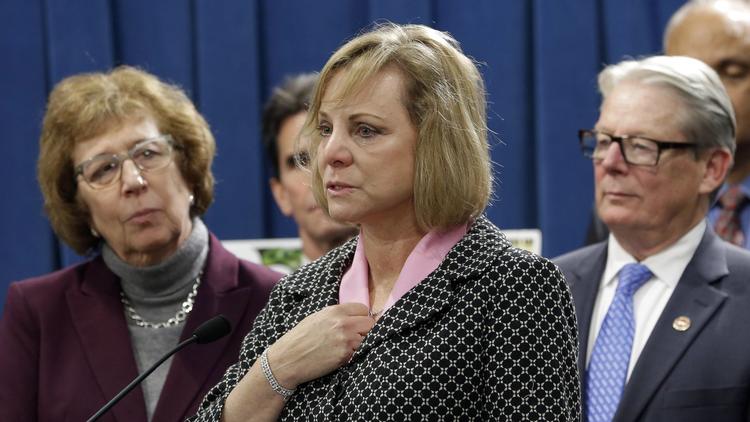 California’s assisted suicide bill remains on life support after its authors decided it did not have the numbers to pass the Assembly Health Committee. The three Democrats cancelled a scheduled hearing of SB 128 last week, saying they would continue to work with Assembly members “to ensure they are comfortable with the bill.”

The End of Life Option Act, the latest of several attempts to legalise euthanasia in California, would have a huge impact in the US if passed because of the state’s size and political influence.

The bill is modelled on an Oregon law and received a boost after Californian Brittany Maynard, 29, moved to Oregon last year so that she could end her own life rather than suffer the pain and debilitating effects of brain cancer.

Similar bills failed to advance this year in other states where they were introduced, including Connecticut, Maryland, and Nevada.

The Los Angeles Times notes that that bill has to contend with “the deep personal beliefs of many lawmakers”, but professional groups, such as the Medical Oncology Assn. of Southern California, also oppose it. “An act that directly causes the patient’s death is contrary to the role of the physician,” the group said in a recent statement.

Among the issues raised by opponents is the lack of proper health care for many state residents with terminal illnesses.

Assemblyman and committee member Jimmy Gomez (D-Echo Park) recalled growing up without health insurance and watching his father die of pancreatic cancer. He said his father might have lived longer if the disease had been detected sooner.

He warned that SB 128 “has dangerous implications for our state, especially for the poor and the most vulnerable.”

“This legislation is not worthy of our great State, which has done so much to promote human dignity and equality of access to health care,” he said, adding that helping someone to die is still killing.

Gomez said the bill “is pushing us into a quick-fix ‘solution’ that involves killing the people we find too difficult, too burdensome or too expensive to take care of.”

“If we legalise this practice, the ones who will suffer will be our poor, elderly and handicapped neighbours, as well as those living in immigrant and minority communities,” he said.

He said in a for-profit health care system, the bill will not be a choice but the only option for minorities, the poor and those without health care.

“In a state like California, where we have millions without insurance, and millions more receiving government subsidised health care, the cost pressures to promote suicide over treatment will become even more urgent,” he said.

Gomez noted that the suicide rate in Oregon has increased by nearly 50 percent since the doctor-assisted suicide law came into effect.

The sponsors of SB 128 say they will take the bill up next year if they cannot win support this year, said Assemblywoman Susan Eggman.

“I don’t think it is dead,” she said in an interview. “Legislation, like death, is a process. Things take time.”

What an ironic turn of phrase, since their purpose is precisely not to allow “things to take time” but to cut short the process of dying.

One lesson from this latest development on the euthanasia front is that good arguments and stories will have an effect on the political process.