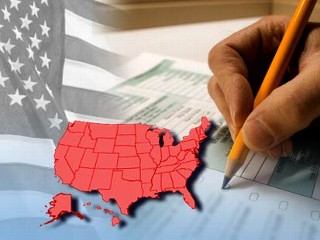 Yes, say pro-life leaders in the U.S. The “A” word…the one other than ‘Amnesty’.

As recently as two weeks ago, social moral issues figured prominently in the elections. Then rather suddenly, most news reporting centered on the economy and jobs as the most important motivation for voters, and those stories relegated social moral issues to the distant reaches of concerns, if they were concerns at all. That was yet another attempt to form public opinion instead of reflect it.

Truth is, the candidates’ stance on the life issues matter very much.

The Susan B. Anthony List aims to play a role in dozens of races. SBA List president Marjorie Dannenfelser challenged the claim that economic issues are really the deciding factor in the election.

“The people that are saying that the loudest are pundits and folks inside the beltway and in the boardroom of major papers,” she commented…

“The truth is that economic issues are an overriding concern in every household in America, but it’s also true that people can think about more than one issue at a time, and so should leaders,” she told CNA. “This House of Representatives is likely to be among the most pro-life in history. That means it matters.”

She said the pro-life vote might be “decisive” in close races. This cuts across party lines to some degree, because some pro-life Democrats are trying to hold onto both their seats and their party affiliation in spite of the Democrat platform built on upholding abortion access. Trouble for them is….the healthcare legislation many of them voted for does provide funding for abortion in assorted ways.

Dannenfelser told CNA many of these candidates had initially agreed with the SBA List that adding pro-life restrictions to the bill was “the most important vote since Roe v. Wade.” They later changed their minds.

She claimed it was “politically impotent” to react to a vote for the health care bill by “politically rolling over and praying for breadcrumbs.”

Dannenfelser told CNA that Rep. Dan Lipinski, a pro-life Democrat from Illinois, should be the new standard-bearer for pro-lifers in his party. He resisted party leaders to vote against the health care legislation.

“He’s not someone who will cave at the last minute. We want to put wind behind his sails,” Dannenfelser said…

[Americans United for Life spokesman Matthew] Faraci commented. “I think you will find, after the mid-term elections, that life counts when it comes to elections.”

In advance of them, the bishops of Massachusetts are trying to make sure they do by publishing a joint guest column in the Boston Herald, saying

certain “moral and social issues are fundamentally important, since human rights are at stake and must be protected to help democracy to flourish in a way that benefits every citizen.”

“These include the defense of the sanctity of life, the family based on marriage between a man and a woman, religious freedom, and the well-being of the poor,” the prelates wrote…

“Particularly for us as Catholics,” they said, “voting is an exercise of reason inspired by faith. Our participation as citizens in the electoral process allows us to propose our vision for this country and about our future as a democracy.”

“Deciding which candidate in any particular race offers the best opportunity to take us in the right direction is not an easy task. Yet there is a measuring rod by which all electoral choices must be evaluated: Will my vote enhance human dignity?”

That bottom line won’t show up in most reporting. But it’s ultimately the strongest motivator in these elections, explicitly because it has been disregarded.