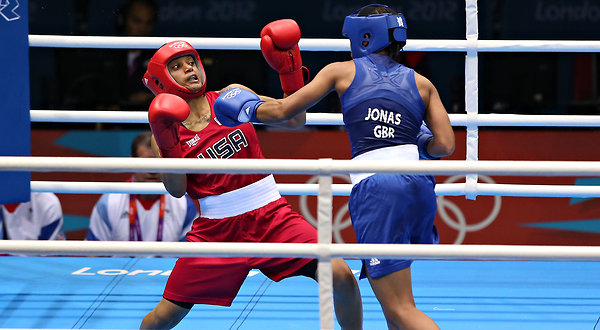 The London 2012 Olympics have had many high points: sprint king Usain Bolt defending the double title he won at Beijing; Michael Phelps claiming his 20th gold medal; Oscar Pistorius beating the competition on his artificial legs; New Zealand rowing… But for the women’s liberation front, these will always be the Games that brought down the last bastion of purely masculine prowess by admitting women to the Olympic boxing arena.

From Sunday to Thursday, thirty-six women in hulking helmets and menacing gloves finally got to show the world how accomplished female boxers have become at punching each other in the face. It is widely assumed that in doing so they have struck a blow for women’s equality, and a long overdue one. That may be; but could it also be the punch that puts the notion of “equality” out for the count?

Not that the girls didn’t do well withtheir fists. A New York Times reporter found many of the fights in the first bout “thrilling”; it was “good boxing” by “terrific athletes”. Someone else described them as “skilled and gritty”. The fans loved it. When Ireland’s Million Dollar Baby, Katie Taylor, fought Britain’s Natasha Jonas on Tuesday afternoon, Irish fans packing the ringside made such pandemonium the noise was not far off the 140-decibel roar of a jet engine.

Naturally, the female pugilists themselves are thrilled to be able to showcase their skill on the world stage, and most have obliged reporters with pronouncements on the historic nature of the occasion with regard to women’s quest for equal status with men.

New Zealander Alexis Pritchard agreed it was a big day for women. “There are many countries out there that still don’t have equality. It’s very sad and unfortunate,” she told the media. Exactly how women’s boxing at the Olympics will help their sisters in Saudi Arabia to achieve the right to drive a car, however, is not clear. Indeed, if the right to a public punch-up lies somewhere down the path of equality, it may make the Saudi mullahs even more reluctant to loosen up.

United States coach Gloria Peek, 61, talked about the “oppression” women have endured for so many years as a result of being excluded from the sport, according to the NY Times. “Even now there are still so many crazy ideas. People think if a woman tries boxing she’ll turn into Arnold Schwarzennegger and lose her femininity and never have kids. It’s just a way to keep the girls out.”

She added: “The fact is a woman’s inner strength makes this sport perfect for them. Women don’t crumble easy. They come back again and again.”

Well, Australian middleweight Naomi Fischer-Rasmussen might not exactly have crumbled, but she seems to have been decidedly grumpy after she lost her first fight to world champ Anna Laurell of Sweden (a country where all boxing was banned until 2007). According to an amusing report in Canada’s National Post, she was uncooperative with reporters pursuing the “historic day for women” theme.

Did the Aussie feel she had struck a blow for women?

Perhaps the newshound hadn’t made himself clear. Did she feel this was a liberating day for women?

Maybe the skirt brought bad luck. Ms Fischer-Rasmussen was one of only two women boxers wearing one; all the others wore the same singlet and shorts as the men. She said she wanted to look feminine in the ring “because we are females fighting at the end of the day”.

It’s a fair point to make. Boxing gear has a very masculinizing effect, even on a slightly built woman, but if women do not appear at all womanly, doesn’t the whole breakthrough into boxing lose its point — and its audience? Frankie Dunn might tell the original Million Dollar Baby, “Try to forget the fact that you’re a girl,” but that is actually rather bad advice.

The appeal and excitement of women’s boxing turns on the tension between the person and the act; between the woman — who, in the normal course of events, complements the male by her greater sensitivity to others (emotional intelligence, if you like) — and her ability to knock the other woman in the ring about. Without that tension how can it be any different to watching men box?

Indian champion Mary Kom is the mother of five-year-old twin boys. Alexis Pritchard is married to her coach. American contender Marlen Esparza is the new face of Cover Girl Cosmetics — putting on makeup and perfume before each match; she has trouble keeping her hair in her helmet. What are these if not reminders that it’s women we are watching deliberately trying to hit, if not hurt, each other, and this contradiction is of the essence of women’s boxing.

(Even though in amateur boxing the violence is semi-ritualised because of the protective gear and strict rules, it is a strange ritual indeed for women in an era when male violence against them remains a huge issue, and smacking a child in some countries is a crime. People throw up their hands in horror at the trend of pitched battles between schoolgirls, but fisticuffs between women at the Olympics is regarded as a cultural triumph.)

For men the contradiction is not so great. Boxing is a combat sport, a martial art that is linked to men’s traditional role as defenders of the home turf and suits their preference for settling disputes with action rather than lengthy wars of words. It also suits their physical design and strength. Even so, it is a “sport”, whether in its professional or amateur forms, that many people (including myself) think the world would be better off without. Medical professionals periodically call for it to be banned because of the deaths (200 since 1980) and injuries it causes. In 1983 the editor of the Journal of the American Medical Association called boxing “an obscenity [that] should not be sanctioned by any civilised society.”

So we have to ask: What kind of victory is it for women to achieve equality with men in a sport whose chief aim is to smack someone else in the head or jab them in the torso? An aim, moreover, that is unworthy of men except under real provocation and in defence of life, limb and, perhaps, honour.

Well, one has to admit that Olympic recognition consolidates boxing as a career (and income) choice for women. It’s another way for them to become sporting stars. But it has added nothing to their dignity. Under the banner of “equality” women boxers have marched into an existential cul-de-sac where they have to face the fact that they have become rather good at the most dubious, if not despised, of men’s sports. That may be a kind of victory for women, but not for womanhood.

And with the closing ceremony, the moment of glory is over. Next year it is going to be the men’s turn, because there is at least one Olympic sport that is still the exclusive provenance of women: synchronised swimming. And there’s a team of Brits just dying to show off their water ballet skills. Good luck, guys.