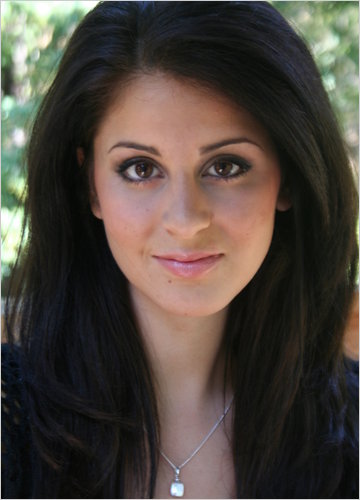 Oh, the joys of Schadenfreude. When the American pro-life
group Live Action released a videotape
on YouTube earlier this week showing a Planned Parenthood clinic manager
describing herself as a “partner in crime” with a pimp and a prostitute, there
could have been few opponents of abortion who did not feel a surge of
satisfaction at the unmasking of an old foe. That would have been only half the
gratification, however; the rest would come from knowing that this was the
work, not of battle-weary pro-life stalwarts, but of the eager, active young people
who have rallied to Live Action and the pro-life cause.

In the style established by its leader Lila Rose (pictured), the
organisation sent a man and a woman posing as sex traffickers to a New Jersey
clinic (and several others) where they discussed how they could secure STD
testing, abortions and contraception for underage girls who were illegal
immigrants — in other words, sex slaves. The manager was incredibly, indeed,
criminally co-operative. Planned Parenthood has lost no time in sacking her and
denouncing her behaviour to the media, but
nothing can change the fact that this is a damning evidence for Live Action’s
“Expose Planned Parenthood” campaign, whose aim is to end federal funding of
PP.

On further reflection, though, “stings” appear to be a troubling
development in the pro-life movement, involving ethically dubious behaviour: pretence and even plain lying. It is a game that two can play — and will. A lot
of unsavoury characters will be gunning for Lila Rose and her friends. People will try to infiltrate her movement.
She will find it hard to trust people. The finances of her group will be
examined line by line to look for dubious connections and so on.

There are other ethical questions. Since the video is
evidence of a serious crime by the PP office manager, why isn’t the woman’s
face blocked out? Why is her name given? Even pro-abortionists have legal
rights.

And what if the boot was on the other foot — if it was
someone whose values and ethics were on the correct side of the moral divide,
so to speak, and who was subjected to entrapment?

Take, for example, the following story, which I was writing
when the PP sting broke.

Two weeks ago a psychotherapist was due to appear before a
panel of the British Association for Counselling and Psychotherapy to answer charges
of misconduct. The case has been adjourned owing to the intimidation
of one of her key witnesses but Lesley Pilkington, 60, still faces the
possibility of being stripped of her accreditation after treating a man who
said he wanted to be cured of his homosexuality — and who then complained to
the BACP because she tried to do just that.

Mrs Pilkington, like a significant number of mental health
professionals, believes that sexual orientation is not unchangeable: one in six
in the UK, according to a 2009 report has
been involved in such therapy. She believes that same-sex attraction is not
something innate but develops in a person because of their upbringing and other
environmental factors. She believes those things not only because they coincide
with her Christian faith but because there is scientific and empirical evidence
to support them. And she has a very understandable motive for concerning
herself with the issue: her own 29-year-old son is homosexual.

Patrick Strudwick, the client who complained about her, is a
gay activist and a journalist who vehemently rejects the idea that sexual
orientation can be changed. In fact, he runs a campaign called Stop Conversion
Therapy Taskforce. A couple of years ago he went to a conference in the UK run
by the US organisation The National Association for Research and Therapy of
Homosexuality (NARTH) on reparative therapy.
There Mr Strudwick approached Mrs Pilkington and told her he was unhappy with
his homosexual lifestyle and that he wanted to leave it; he then requested
treatment for his same-sex attraction. (He also dealt with a male psychiatrist.)
She took him on, advising him that she always prayed at the beginning and end
of the sessions. He said that was just what he wanted.

In May 2009 he went to her house for the first of two
sessions with a dictaphone taped to his stomach. He recorded that and a second
session conducted over the phone. He did a similar thing with a male therapist.
He gave transcripts of the recordings to Professor Michael King of
University College London, the academic who led the survey of mental health
professionals referred to above and a declared opponent of reparative therapy. He then told the two therapists who he was and what Dr King had said.

Next Mr Strudwick lodged formal complaints with the BACP
about both therapists, and subsequently published an
account of his therapy sessions in The Independent. It included this
obliging comment from Dr King:

This is grossly improper practice,” he told me. “She’s
imposing prayer and using evidence-free techniques. The whole approach towards
the subject of sexual abuse is extremely unprofessional. Leading [and]
suggestion in a therapeutic situation is the absolute antithesis of what an
exploration of sexual abuse should be about. It’s the base of many of these
false memory syndromes. She should not be able to get referrals from a GP. Her
membership of the BACP should be immediately revoked.

According to a press
report, the disciplinary letter she received from her professional body
accuses Mrs Pilkington of “praying to God to heal him [Strudwick] of his
homosexuality” and of having an “agenda that homosexuality is wrong and that
gay people can change and that you allegedly attempted to inflict these views
on him”.

Are these two cases comparable? They both involve
subterfuge, and by campaigners committed to a cause. Live Action is convinced
that PP is dangerous; Mr Strudwick is convinced that “conversion therapists”,
as he calls them, are dangerous. In either case, the only way to produce
concrete evidence is to go under-cover.

Or is it? With PP, yes; no-one is going to volunteer information
about illegal activities. The therapist on the other hand was open about her
approach; her client already knew her attitude to homosexuality and that she
would use prayer as part of the therapy with someone who identified as a
believer (“I tell her that I’m tired of meaningless sexual encounters and that
I have rediscovered my faith”) — the rest was detail. His deception, however,
did provide the bonus of material for self-glorifying journalism.

The great difference between the two cases, of course, is
that one involved criminal activity and one merely a controversial therapy
based on controversial views.

Offering therapy to homosexuals who say they want to change
is not a crime. Believing that homosexuals can change is not a crime. Leading
them in prayer when they say they agree to it is not a crime. Unless
specifically ruled out by professional guidelines these things are not unethical (I
have searched the BACP Ethical Framework and cannot find the words “prayer” or
“sexual orientation” in it).

Furthermore her assumptions are not — despite what Mr
Strudwick, Professor King, and various professional groups say —
“evidence-free”. There are real
people walking around who have changed their sexual orientation. The jury
is still out
on this very important question and anyone who wants to exclude the possibility
of change should have their own ethics examined.

But offering so-called “sexual health” services to a
trafficker of underage girls is, to repeat, seriously criminal stuff. PP says
the behaviour filmed at its affiliate is “very isolated”. That’s hard to believe. Live
Action says it has other evidence of PP clinics’ willingness to aid and abet
the sexual exploitation of minors and young women.

Sex trafficking, along with drug dealing and paedophile
networking, is something that mainstream
journalists, not to mention the police, regard as a matter of public
interest justifying under-cover tactics. They are used much more widely than
that, especially by the British press, but even there the tide of professional
opinion is turning
against entrapment journalism.

To quote Benjamin C. Bradlee, editor of the Washington Post
at the time of the Watergate
scandal, “In a day when we are spending thousands of man hours uncovering
deception, we simply cannot afford to deceive.”

So, what about entrapment in the service of human life and
dignity? Somehow the question seems to answer itself, and, for this writer, the
answer is not positive.