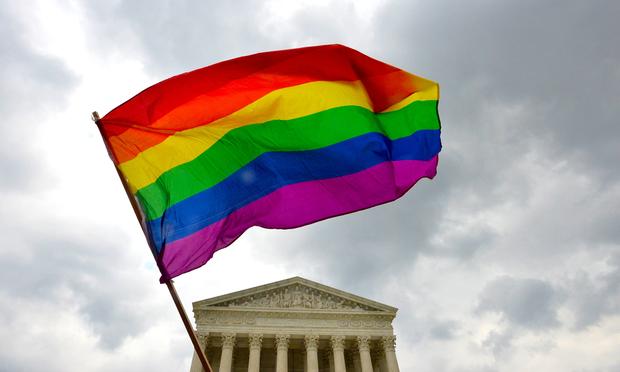 The court didn’t interpret a law. It invented a right.

And it turned on the feelings and thoughts of Justice Anthony Kennedy, who wrote the majority opinion and proved to be its pivotal player. No matter how prepared the experts in jurisprudence I’ve dealt with for years thought they were for this decision, they were all stunned when it came out, so sweeping was its usurpation of judicial power and lack of recourse to history and tradition.

So historic and pivotal a moment as this requires full examination, there are so many angles and issues. For now, start with law professor Helen Alvare’s early assessment of what happened, and especially whether and how the ruling considered a largely overlooked population of people generally left out of gay marriage debates: children.

Regarding children’s interests, until the first same-sex marriage opinions began to emerge in the states, every state and the US Supreme Court had grounded marriage recognition in the state’s interest in linking children with their parents. Adults received rights respecting marriage and parenting, because they first had duties — duties to the children the vast majority of marriages produced.

Today, the Supreme Court rules instead, however, that marriage is about adults’ “defin[ing] and express[ing] their identity,” adults’ desire for “nobility,” “fulfillment,” “aspirations,” “autonomy,” “self-definition,” avoiding of “loneliness,” and desire for “companionship and understanding”. The list goes on.

Regarding children? Who have now been stripped completely out of any definition of marriage that any state is permitted to have? The majority opinion assumes that there will be trickle-down benefits for children. But of course it could offer no evidence on this point. In fact, the vast majority of children (86%)[1] reared in same-sex homes have a legal mother and father and will not be affected by the new marriage rights of the same-sex couple in their home; they were conceived in a prior heterosexual relationship by one of the now-LGBT partners. And the testimony of now-adult children reared in same-sex homes reveals their deep longing and loss respecting the absent parent of an opposite sex, even as they often loved the adults who raised them.

More on that to follow here in the days ahead, with adult children of same sex parents now speaking out in greater numbers.

Links are on the Crux post of her opinion piece, which should be thoroughly read.

So should this piece by Professor Alvare.

Today’s opinion in Obergefell v. Hodges, which invents a constitutional right to same-sex marriage applicable to the 50 states, is a story of judicial pride, successful marketing by same-sex marriage groups, and the triumph of modern therapeutic individualism. It is not a legal story. It has “nothing to do with” the Constitution, as Chief Justice Roberts so accurately states in his dissent…

Roberts warned same-sex marriage advocates that they had “lost, and lost forever: the opportunity to win the true acceptance that comes from persuading their fellow citizens of the justice of their cause,” because such opportunities require legitimate democratic process, not constitutionally illegitimate fiat.

This is only the beginning of a better understanding of what’s happened here. And what is about to.