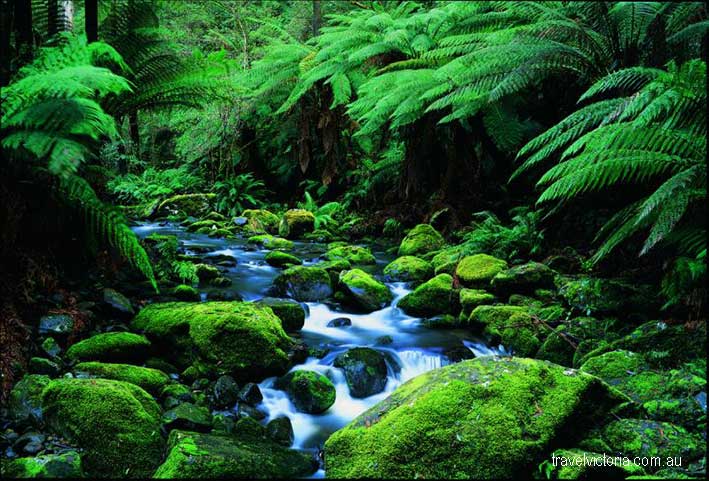 With his new encyclical Laudato Si’, Pope Francis continues to break the mold of preconceived, rigid expectations. Our polarized culture instinctively sorts people and positions into neat boxes according to the politicized categories of right and left or, more simplistically, for and against. Many analysts quickly respond by oversimplifying his profound teaching. Many critics hone in on their favorite topic and promptly applaud or chastise the Pope if he seems to take their favorite view on their favorite topic, or not.

But no one should feel comfortable with Laudato Si’. Francis does not seek applause for his teaching but that it be taken to heart. The Pope presses his careful reader to deep conversion and to concerted action in economic and political policy.

None of this should be a surprise. Since the late 19th century, with Leo XIII’s Rerum Novarum, Popes have pronounced on matters of social doctrine. Pope Francis is perfectly in continuity with his predecessors and he makes the point in the introduction to this new encyclical by laying out its foundation in the teachings of John XXIII, Paul VI, John Paul II, and Benedict XVI. All of these Popes have expressed acute concern for the environment. Benedict even made the effort to install a vast array of solar panels on the roof of his audience hall to achieve carbon neutrality within Vatican City State, the first state to achieve such a goal.

Nonetheless, the run-up to the publication of the encyclical was marked by controversy, even to the point that, on account of their scepticism with respect to the solidity of global warming science, some observers were expelled from meetings on climate change recently held in the Vatican by the Pontifical Academy of the Sciences. Global warming concerns dominated the pre-publication controversy. The media attention increased interest in the Pope and excitement for his encyclical on ecology.

Laudato Si’ is probably the most anticipated encyclical in history because concerted attempts were made by opposing political proponents within the Church and in the secular world to modify, delay, impede, and to spin the text before it was finalized. Then, in the final days before publication, a leak of a draft, hardly distinguishable from the final document, fanned the flames of controversy, also regarding the ethics of publishing, or even just discussing, a leaked draft. Exposing irreconcilable views of the journalistic profession, journalists quoted other journalists regarding the tensions between institutional loyalty, accreditations, and the obligation to bring to light matters of international public opinion.

Given that Pope Francis enjoys universal recognition as the most influential moral authority today and that many hold that we are living in an historic moment of impending global tragedy on account of the devastating effects of irreversible climate change, activists held that he must speak out and lead the world towards concerted effort to reduce the emission of carbon dioxide and to save the world from impending doom.

Is the Pope taking sides?

Indeed, Pope Francis faces an unprecedented situation. In early centuries, Papal teaching focused on the content of revelation, for instance, the unity between the human and divine natures of Jesus, the relationship between the three Persons of the Trinity, the nature of grace, justification, and the sacraments; all subjects foreign to contemporary concerns of secular, political debate.

But in recent times, Popes have concentrated on teaching regarding the implications of divine revelation in human affairs. Consequently, they have pronounced encyclicals dedicated to marriage, family, human life, economics, democracy, and all features of social justice.

So, if the world is truly facing impending doom, due to anthropogenic, or man-made global warming, then, perhaps, the Pope does have an unprecedented obligation to use his authoritative voice to warn the world and to bring everyone together to act in concert to prevent world-wide devastation. Many scientists and proponents of calling our age “the anthropocene” claim that acting alone, or even as an entire nation or continent, would be ineffective to stave off the global effects of greenhouse gases. If the warnings of climate scientists are well-founded, then surely the Pope must forcefully proclaim the obligation for global coordinated effort to reduce the warming. Moreover, it seems that he must do so without delay in preparation for his upcoming trip to the USA in September, when he will address the joint session of Congress in Washington DC and the UN General Assembly in New York, and prior to the UN’s climate change conference in Paris next December.

Only Pope Francis has the moral force to bring all together to make courageous commitments to preclude the devastation. Nevertheless, if the Pope were to take sides in a politicized debate between ideologies, he would lose his moral authority and his teaching would no longer enjoy the secure foundation in God’s revelation. Some Catholics, and even some nonbelievers, fear that if he proclaims global warming a matter of religious belief, then he will have damaged the oldest teaching office in history.

The unusual title of the encyclical encapsulates the debate and frames Francis’ entire response to the vexing issue. He begins the encyclical quoting St. Francis’ famous Canticle of the Creatures with the words “be praised” in the original, Umbrian version of medieval Italian “Laudato si`. The very title lends itself to misinterpretation for those who do not read the encyclical. The history of environmentalism can help explain the contradictory interpretations.

The history of environmentalism

The environmental movement began with anti-Christian roots in utopian, neopaganism. In the early 1970s, environmentalists joined forces with proponents of the sexual revolution and neo-Malthusians with their aims to eliminate population growth through contraception and abortion. For these neo-Malthusians, our world is a zero-sum game. We are all locked into a Petri dish in competition with other animals for natural resources, especially limited food and water. Only so many humans can survive on this planet and with accelerating population growth, they claimed, the human race would kill itself out by using up all the resources. Doom and gloom was prophesied, but all of their predictions proved entirely false.

With more people on hand, more creativity was unleashed and more resources were discovered, extracted, and even created with the power of human entrepreneurship. The economist and Nobel Prize laureate Julian Simon eloquently analyzed the power of human creativity with his book The Ultimate Resource, by statistically demonstrating that the human being is the greatest treasure for economic development.

Despite the evidence, Malthusians of all stripes remain stuck in their materialistic misconceptions. They fail to appreciate the power of the human mind to transcend the limitations of stuff. So, they continue to ally with the more extreme utopian neo pagans who worship the earth, the plants, and the animals, while holding that humans are a blight that pose a danger for the extinction of other species. They claim a religious obligation to reduce the human population, even by exterminating the very young and the old and through demographic campaigns of forced sterilization in developing countries.

For radical environmentalists, Pope Francis’ quotation of St. Francis might seem like a song to mother earth and to her creatures. But the Pope promptly explains the point of his title. Who should “be praised”? The entire encyclical responds that God is to be praised through his creatures by the human person who is at the pinnacle of God’s material creation. Our role in nature is so crucial that God became man so that he could touch this world of ours with his hands, so that he could spend 30 years working as an artisan so as to teach us to raise material creation in praise to God, Our Father. Indeed, Francis writes:

“Jesus worked with his hands, in daily contact with the matter created by God, to which he gave form by his craftsmanship. It is striking that most of his life was dedicated to this task in a simple life…. In this way he sanctified human labour and endowed it with a special significance for our development. As Saint John Paul II taught, ‘by enduring the toil of work in union with Christ crucified for us, man in a way collaborates with the Son of God for the redemption of humanity’”(98).

Following John Paul II and Benedict XVI, Francis teaches that natural ecology must go  hand in hand with human ecology. With Benedict, Francis denounces the dictatorship of relativism and extends Benedict’s critique of post-modern nihilism by asserting that practical relativism is an even worse consequence of doctrinal relativism. Anthropocentrism and its progressive technocratic paradigm must be overcome with a conversion of heart by giving priority to human beings in our transcendent reach towards God. We must care for nature as we care for our own bodies, because we understand all of nature as God’s creative gift entrusted to our stewardship. God counts on us so much that he wants us to rule as kings with him, not by dominating over nature with the exploitative attitude of the consumerist throwaway culture, but by ordering nature in service to God and our fellow humans, including those of future generations.

Dealing with the science

Of course, Francis responds to the challenge of climate science by exercising his moral authority as the leader of the Catholic Church. He summarizes the  growing consensus among scientists. Greenhouse gases accumulating in our atmosphere cause warming. We contribute to those gases accumulating in the atmosphere. Given that there is a danger of a vicious cycle of overheating and melting of glaciers and polar ice caps with the consequent rising of the level of the sea, Francis calls for concerted global effort to reduce the trend with a new human solidarity, all while declaring that “the Church does not presume to settle scientific questions or to replace politics.” And he expresses his concern “to encourage an honest and open debate so that particular interests or ideologies will not prejudice the common good.”(188)

As throughout history, the Church continues to promote scientific research. Given that climate science is so young and addresses an enormously complex set of problems with implications for us all, there is an especially pressing need to continue advancing research, for instance, regarding the predictive models of climate change, wherein there continues to be a great deal of uncertainty, volatility, and disaccord among scientists.

The encyclical addresses all areas of human life from a cosmic perspective of fidelity to the Creator while defending the traditional teachings of the Church regarding sexuality, marriage, and family. In its complexity, Laudato Si’ may be summed up with Pope Francis’ call for a renewal of humanity so that our relationship with nature, including human nature, may be renewed.

Fr Robert A. Gahl, Jr is Associate Professor of Ethics, at the Pontifical University of the Holy Cross, in Rome.

none More by Robert A. Gahl, Jr