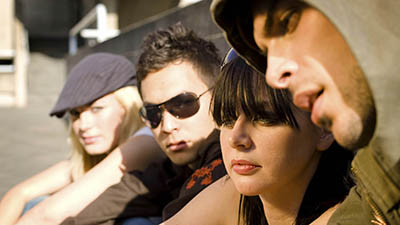 Please click here to read the first half. This is the conclusion to Jonas Himmelstrand’s assessment of social outcomes and daycare in Sweden.

Sweden has youth with poor psychological health and poor school results, and stressed parents with weak parenting skills. Why? Is there a causal relationship between the negative outcomes and the introduction of public affordable daycare initiated 40 years ago? If so, there would be every reason to warn other nations contemplating the model until a more comprehensive understanding of the Swedish developments has been reached.

The Swedish government will go far to refute any causal claims regarding daycare and negative social data. This is understandable. If causality could be established it would be a near political disaster.

Typically, loyal government experts say that the poor psychological wellbeing is due to too many choices for young people today,1 that school results and behaviour are due to lack of demands on the students, and that Swedish parents have never been more interested in their children (which may actually be an indicator that they have lost their parenting instincts).

They go on: Women on sick-leave is caused by men not helping enough at home. The gender-segregated labour market simply shows that child care and parental leave need to be even more regulated. A top political issue in Sweden today is different ways to force the sharing of parental leave between parents, forcing them to take a third to a half each or lose their leave.

While there may be some truth in these official explanations, they do not tell the whole story. It is also not right to consider every angle, to plumb every possible cause of the poor outcomes, except the daycare system.

Most developmental psychologists agree that these children and youth need a stronger adult presence in their lives. The problem is that Swedish parents have lost trust in themselves. They have been confirmed by the medical profession, government agencies, media debate and modern Swedish culture in the erroneous belief that every child needs daycare from age one to develop and flourish.

A note about child development 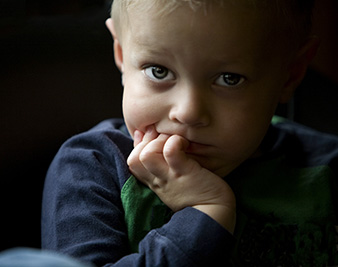 Parents see well-planned daycare centres with abundant pedagogical materials and it is easy for them to feel they can never offer anything similar to their child. But what daycare offers is not what children need, especially not for small children under three or four years of age.

Developmental psychology is clear in this respect: Small children’s first needs include a close  emotional attachment to a caring adult, something which is difficult to offer consistently in a daycare centre setting, but is easy for the parent who chooses home care – or care with a caring relative, neighbour or close friend.

Swedish children and youth clearly need more involvement from those responsible for them – the key persons being parents. But presenting this message is no longer easy for a generation of parents who have been led to believe daycare, school, and before-and-after-school activities will do a good share of the parenting, and furthermore, do it better than they can.

This is the most destructive message in the whole Swedish daycare scheme. When parents lose their parenting responsibilities and their key role with their children, there are problems, big problems.

In the area of child development, Canada has one of the world’s foremost active experts today, Dr. Gordon Neufeld of Vancouver.2 Viewing the situation from developmental science and attachment theory tells a different story about the children.

Modern neuroscience shows that too much separation from loving adults – usually parents – in the early years can result in a chronically lowered threshold of anxiety through life.3 This means that young people would be more easily affected by stress even as adults. Recall that studies show Swedish youth are reporting heightened rates of anxiety and fear.

Several other longitudinal studies on daycare show that this could be the case. A major, U.S-based, peer-reviewed and longitudinal NICHD study shows a correlation between more hours in out-of-home care before four and a half years of age (54 months) and behavioural problems in childhood and risk-taking as teens.4 Several other studies show similar results.

According to modern developmental psychology, behavioural problems are typically the result of emotional defences that are heightened due to emotional overload. This can include too much separation from parents or care-takers particularly in the early years but also later, during childhood and youth. Emotional defences in turn may impede normal child development.

The problem of peer orientation

When children and youth lack emotional contact with parents and teachers they turn to their peers for emotional support. This is called peer-orientation. The result is a strengthened influence from peers and the weakened influence of parents, teachers and other caring adults. Peers typically do not have the maturity to deal with deep emotions and existential decisions. After all, youth still need emotional support and guidance from mature adults.

Peer-orientation often leads to emotional wounds resulting in emotional defences, poor mental well-being, as shown by increased stress levels and anxiety and less motivation to learn. This may well be a dynamic involved in the pupils attitudes to education in Swedish schools.

We also know that with modern information technology, parenting has generally become more challenging. Children and youth often access each other more easily through e-mail, texting and social media than they do the adults in their lives – parents, relatives and teachers. This puts greater demands on parenting.

In Sweden, parenthood has weakened during a time when it needed to be strengthened. Many Swedish youth are raising themselves in immature peer cultures with little or no adult involvement – a development seen more or less in the entire western world.

The conclusion can only be that a causal relationship between the Swedish family policies and these negative outcomes cannot be ruled out. If Sweden offered a true choice of child care including home care, home-based daycares, daycare, nannies or any other form of care parents might choose, the situation might be somewhat different, as it is in Finland. But when the state uses financial power to only support daycare, many parents lose their sense of importance to their children.

The issue that must not be named

Why doesn’t the Swedish government report or react to these facts?

Given the public emotion that would likely be stirred up if the ubiquitous daycare scheme were truly questioned, the majority in Parliament has every interest in concealing the issues. For presumably similar reasons, Swedish media seldom give space to any critique of the scheme.

This raises the question of whether any government should involve itself in promoting any specific form of child care through financial, cultural means or otherwise – it easily gets too emotional for a serious democratic discussion.

At the bottom of the issue is, of course, that once Swedish parents have accepted that putting their one-year-olds in daycare is the only real option, they do not want to hear that other choices could be better.

It is hard to explain the phenomenal cultural pressure in favour of daycare to a non-Swede, and even to a Swede who is not a parent. Many Swedish parents panic when their child turns one. They feel there is no way they can possibly cater for the needs of their child. They simply must go to daycare. Although this is a completely erroneous idea, neither government institutions nor most experts or media do anything to refute it. Rather there is a sort of silent agreement among Swedish politicians, institutions, experts, opinion-makers, media and even many parents that daycare is good, and must be good, whatever problems it may have.

This means that once a Swedish-style daycare scheme is accepted it may be difficult to change. Sweden is already in this difficult-to-reverse situation.

There is another risk: A Swedish-style daycare scheme may produce great economic results and increase female work life participation in the short term, where the negative developmental outcomes for children and youth may take decades to surface.

No one can prove the Swedish daycare scheme has been good for children, youth, parents or gender equality. Neither can it be denied that evidence suggests, even if it does not prove, that there may be long-term detrimental effects of the early separation between children and parents on a mass scale without real parental choice.

No modern western nation has yet fully solved the issue of child care, women’s employment and gender equality. As was stated in a 2014 Canadian CBC documentary called “The Motherlode”, feminism forgot the children. A strong political force speaking for the needs of children is yet to come.

We should look to the sprouts of a post-daycare society; families who for various reasons have chosen a different path than daycare. They have chosen home care, granny care, aunt care, neighbour care, taking children to work, or working from home or otherwise. Sweden has hundreds of these dissident families fighting their way against the tide.

If affordable public child care is to be introduced then Finland is a better model than Sweden and it has the better outcomes to show for it. Finland has affordable public daycare just like Sweden but it also gives parents a reasonable choice through the home care allowance, which is the equivalent to between 500 to 750 Canadian dollars monthly. Some municipalities top this off with additional financial support.5

Home care allowances give parents a clear message that the choice of child care is theirs – daycare or home care or otherwise – and the state is supporting child care but being more neutral to its form and not supporting one form of child care against another.

Jonas Himmelstrand is a business consultant and founder of his own institute, The Mireja Institute for welfare and development through family. He is also on the board of Haro, a Swedish NGO Empowering Parents and Promoting Gender Equality with the Child in Focus. He writes extensively about attachment, daycare and family. Himmelstrand lived with his wife and three children in Sweden until 2012, when they faced persecution for home schooling. They had to pay a fine of 11,000 Euros. Himmelstrand and his family now live on the Aland Islands, a self-governing, Swedish speaking province of Finland, where greater educational choice is allowed.

This article is the second of two by Jonas Himmelstrand and is republished with permission from the Institute for Marriage and Family Canada. The first article is here. See also Scandinavian Unexceptionalism, a book review by Andrea Mrozek.