Sweden is a pioneer in public, tax-subsidised, out-of-home daycare. In 1975, the Swedish government made public daycare available and affordable to all. Daycare expanded greatly during the 1980s and was made even cheaper in 2002 when a maximum fee (maxtaxa) was introduced. No matter how many children, no matter how many hours children spend in care, no matter how high your income – you never pay more than a fixed maximum amount, which is SEK 2574 monthly,or just below CAD $400. A low income family with one child would pay around CAD $150 per month.1

Daycare in Sweden is tax-subsidised at a rate of between CAD $18,000 to CAD $23,000 per child annually. Parents who stay home, in most municipalities, receive no benefits of any kind. In high-tax Sweden this forces many home care families into poverty.

The result, not surprisingly, is that daycare is the new norm in Sweden. Over 90 percent of all 18 month to 5-years-olds are in daycare.2

How Swedish daycare got its start

In 1978, the women’s caucus of the ruling Social Democratic party, a party that was in power for the better part of 40 years, published The Family of the Future: A Socialistic Family Policy.3

The pamphlet strongly called for state-funded, affordable daycare. The goals were 1) better outcomes in child social development and academic achievement, 2) class equity, and 3) gender equity (or, as they put it, the liberation of women from their maternal instincts).

Forty years later, official statistics show that the anticipated outcomes have not been realized. Poor outcomes are acknowledged across the political spectrum, but these are not connected to the daycare system in any way. Furthermore, there is surprisingly little interest in finding out why they exist at all. The following list shows what the outcomes are.

Physical health among Swedish youth is among the best in the world, but the same cannot be said for psychological wellbeing. An official Swedish government investigation in 2006 showed that mental health among Swedish 15-year-olds declined faster from 1986 to 2002 than in eleven comparable European countries.4 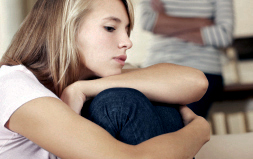 For girls, rates of poor mental health tripled during this period, from nine to 30 percent. According to the latest report in 2014 from the Public Health Agency of Sweden (Folkhälsomyndigheten) the numbers have remained at these high levels.5

The study is based on self-reported symptoms such as anxiety, fright and alarm – a point to which we will return later. The increase happened in all groups of youth regardless of family situation, labour market situation or parental socioeconomic status. These self-reported studies are confirmed by a comparable increase in diagnosed psychiatric illness among youth during the same period.

The Public Health Agency of Sweden is careful about how to interpret these findings. They say they do not know the reasons, but possible causes could be a tougher labour market or cultural changes, like increased individualisation.

Sick leave for Swedish women is among the highest in Europe with half of all the women leaving work before age 65, due to psycho-social stress.6

A 2005 study showed that the first generation of Swedish mothers who used the new daycare system had an “extremely high” rate of sick leave in contrast with other European countries.7

Anecdotal evidence tells the story of stressed out mothers, who feel coerced, both culturally and financially, to leave their one-year-olds in daycare. That many parents prefer to care for youngest children at home is well-known.

A study by school consultant Britta Johansson published in 2007 in the Swedish daily Svenska Dagbladet under the title To Dare to Set Limits showed that even healthy, intelligent and reasonable middle class Swedish parents are losing their parental abilities.8 They are unaware of their children’s needs and are not able to set limits. She concludes:

She also states the obvious: Daycare/school can never fill the gaps caused by parents’ lack of time or their lack of trust in themselves.

This is confirmed by Swedish school teachers, counsellors and psychologists.

Sweden is often hailed as a model for gender equality. It shouldn’t be.

The Swedish labour market is among the most gender segregated in the world, not just in the west.9 Men typically work at well-paid jobs in the private sector, and women in comparatively lower paid jobs in the public sector.

Although the rate of employment of Swedish women may be among the highest in the western world, comparatively few women reach top career positions, public or private. Neither has Sweden ever had a woman prime minister or president, differing from all other Nordic countries.

Rather Swedish women have become “public mothers” as they work largely in daycares, schools and the healthcare sector. 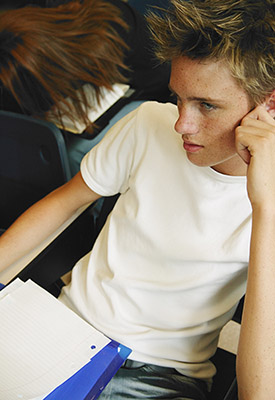 PISA (Programme for International Student Assessment) is the tool used by the Operation for Economic Cooperation and Development to rank country academic outcomes.

PISA studies show that Swedish school results for 15-year-olds in mathematics, science and reading have gone from above OECD average in years 2000 and 2003 to well below the OECD average in 2012. No other country participating in PISA has seen a stronger decline in student performance in the past decade.

The results are so shocking that the Swedish Government asked the OECD to evaluate the Swedish school system.

The OECD report identifies several problems in the Swedish school system, one of which is the lack of high academic expectations on the pupils.10 Report author Andreas Schleicher writes: “At the top of the list is the need to raise standards and aspirations for students.” The OECD report emphasises the need for better teacher performance too, among other things.

Both PISA and TIMSS (Trends in International Mathematics and Science Study) research shows that Sweden has a high degree of disorder in its classrooms.11 This includes tardiness, truancy, bad language and disorderly behaviour. Again this is confirmed by Swedish teachers and headmasters.

Swedish daycare has the reputation of being high quality. This was true during the 1980s when Sweden had stricter regulations over group sizes and child-to-adult ratios.

The number of adults may vary with sick-leave – daycare staff are one of the top three categories in taking sick-leave – and often substitutes are not used to save money. This means that some days a group of 17 children under three can have only two or even one adult for several hours.

Some Swedish experts are concerned that Swedish daycare quality is in some cases so low that healthy child development may be at risk. Two books on the subject have been published recently: Daycare for the Smallest Children – for Good and for Bad(2009)12 and Are the Children Doing Alright in Daycare? (2014).13

In Are the Children Doing Alright in Daycare? Professor Ulla Waldenström, asks for more research on the effects of daycare on children’s development. She notes that no substantial research on daycare has been done in Sweden since two small studies in the 1980s.

This is puzzling given the enormous possible effects of a phenomena involving over 90 percent of all preschool children at the most sensitive ages, and with allocations of two to three percent of national spending.

Before other countries copy Sweden’s public daycare system, they should be careful to consider what the results have been.

Jonas Himmelstrand is a business consultant and founder of his own institute,The Mireja Institute for welfare and development through family. He is also on the board of Haro, a Swedish NGO  empowering Parents and Promoting Gender Equality with the Child in Focus. He writes extensively about attachment, daycare and family. Himmelstrand lived with his wife and three children in Sweden until 2012, when they faced persecution for home schooling. They had to pay a fine of 11 000 Euros. Himmelstrand and his family now live on the Aland Islands, a self-governing, Swedish speaking province of Finland, where greater educational choice is allowed.

This article, the first of two by Jonas Himmelstrand, is republished with permission from the Institute for Marriage and Family Canada, with permission.