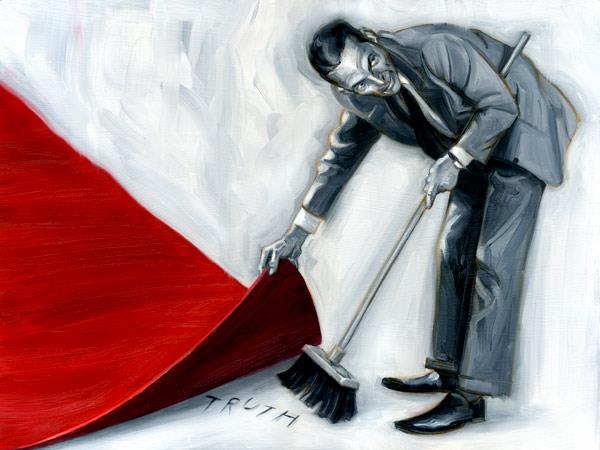 Australian research from the 1990s has emerged as key evidence in the debate about same-sex parenting.

The constant refrain from supporters has been that there is no difference in outcomes for children in traditional marriages or same-sex couples. In 2010 Judge Vaughn Walker struck down a voter-approved constitutional referendum in California, partly because he found no sociological evidence of a difference. He put the conventional wisdom in a nutshell:

“Children raised by gay or lesbian parents are as likely as children raised by heterosexual parents to be healthy, successful and well-adjusted. The research supporting this conclusion is accepted beyond serious debate in the field of developmental psychology.”

And a brief sponsored by the American Psychological Association (APA) in 2005 asserted baldly that “none of the published research suggests conclusions different from” the “no difference” hypothesis.

This is simply not true. There was a study. It showed disadvantage. And it was ignored. Why? Perhaps because it came from Australia, far from the bright lights of San Francisco or New York.

In the latest issue of the journal Comprehensive Psychology, Walter R. Schumm, Professor of Family Studies at Kansas State University, investigates why a 1996 article by Sotirios Sarantakos at Charles Sturt University in Wagga Wagga, a city in country New South Wales, has sunk into obscurity.

Sarantakos’s article, “Children in three contexts: Family, education, and social development” was published in a small  journal called Children Australia. It dealt with 58 children of heterosexual married parents, 58 children of cohabiting heterosexual parents, and 58 children of 11 gay and 47 lesbian parents. It has some limitations but Schumm believes that it is “comparable or better than much research of the same time period, even better than some that has been done since 2001”. Sarantakos followed it up with other studies of homosexual parenting.

Sarantakos was favourably disposed toward gays and lesbians and even appears to have supported the idea of same-sex marriage. He was by no means a conservative ideologue.

What did he find about the children?

And the parents? Same-sex parents appeared to have different and not necessarily better parenting styles.

These findings are based on 20-year-old research. Since then, the debate has moved on and many more studies have been done. However, Dr Schumm says that several articles in recent research have confirmed what Sarantakos found. It is still a valuable contribution to a controversial field.

So why has Sarantakos been overlooked?

Essentially because its data is a bright red pimple on the heavily powdered face of same-sex parenting. This pioneering look at how children fare in same-sex unions gave them a big thumbs-down. It has been a mortification for labourers in the vineyard of activist scholarship ever since.

It’s not quite true that the APA brief – which is cited as gospel writ in today’s debates – overlooked the Sarantakos study. It states confidently that “none of the published research” contradicts its rosy picture of same-sex parenting. But then it devotes a gigantic footnote – its only footnote! — to the Australian study, rubbishing it as anomalous, idiosyncratic, unreliable, skewed and invalid.

A more candid text would have read: “ … none of the published research (except that embarrassing Sarantakos stuff which threatens to wreck our happy snapshot of unanimity which is why we have left it out)”.

Dr Schumm’s closer reading of Sarantakos suggests that this dismissive attitude is driven by bias – “the political success of false negatives, in which positive results are overlooked systematically or heavily criticized when reported”.

By coincidence, a new website was launched this week called Heterodox Academy with the backing of some of the biggest names in progressive social science, including luminaries like Jonathan Haidt and Steven Pinker. Its purpose is to highlight the loss or lack of “viewpoint diversity” in universities. “In most academic fields, progressives outnumber conservatives by ratios that often exceed ten to one,” they point out. Can there be a better demonstration of this than the reception given to the family research of Sotirios Sarantakos?