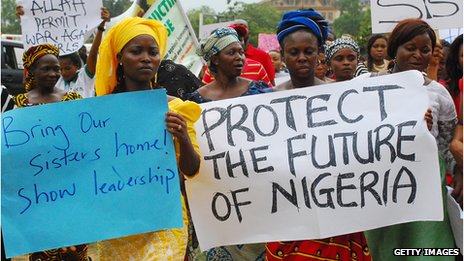 The world is waking up to Boko Haram. More than 200 schoolgirls kidnapped from the classes last month remain missing. A car bomb in Abuja on May 1 killed at least 19 people.

I live in fear of Boko Haram. The group’s insurgency began in Nigeria in 2009. Yola in Adamawa state, where I live and teach history, is relatively calm at the moment. But following the imposition of a state of emergency in 2013 many of my colleagues have fled.

The University of Maiduguri in neighbouring Borno state is in a worse situation. At least three of its professors have been killed and one abducted within this period. Many students have withdrawn, teachers relocated, and academic exchange even with other Nigerian universities has virtually ceased. During a one-year sabbatical that I took there in 2012, it was shut down for six months.

Following Boko Haram leader Abubakar Shekau’s reiteration that all schools are targets, we are all living in fear.

Figures released by the International Crisis Group indicate that more than 4,000 people have been killed since the insurgency began. The war has displaced more than half a million inhabitants, ravaged the economy of an already impoverished region and put stress on relations between Muslims and Christians as well as among Muslims.

Education has been singled out for violent attacks with lethal regularity since early 2012. No less than 20 schools have been burnt. These burnings, which started as revenge for the military’s assault on Islamic schools at Maiduguri in January 2012, have since escalated and become a war strategy of Boko Haram.

The attacks on schools can be explained even though they cannot be justified. The Jama’atu Ahlis Sunna Liddawa’ati wal Jihad, better known as Boko Haram, has not hidden its disdain and opposition to western education. Its name Boko Haram is often roughly translated as “western education is forbidden”.

The group ascribes the rot in governance, corruption, conspicuous consumption of the ruling class as well as their exclusion and marginality in contemporary Nigerian society to western education and the secular system it gave rise to.

The educated elites, especially in northern Nigeria, have not been good role models in the eyes of their uneducated compatriots. This is because they are living examples of corruption, conspicuous consumption and oppression of their unlettered compatriots and co-religionists.

As a result of their dislodgement from urban Maiduguri in June 2013, with help of the youth vigilante group dubbed the civilian JTF, the Boko Haram insurgents have declared inhabitants of these cities as enemies.

The attack on schools and unarmed civilians is a new and dangerous phase of the insurgency. In one year, between July 2013 and February 2014, at least two secondary schools were attacked leading to the cold-blooded murder of no less than 100 children at Mamudo and Buni Yadi in Yobe state.

Schools are government institutions and are often not well-defended. They are vulnerable to insurgent attacks. The nationwide outcry that accompanies such school attacks brings home the weakness of the Nigerian state.

These attacks have forced the affected state governments to close down schools and colleges for prolonged periods. This is in an area that is reckoned to be educationally poor-performing even by Nigerian standards.

The abduction of school girls at Konduga in February, and the April 15 abduction of 234 girls at Chibok, in an area already under a state of emergency for one year, has exposed the futility of government counter insurgency strategy.

It brings to the fore the vulnerability of all citizens and exposes the inability of the state to effectively counter the insurgency, despite the stupendous amount of money and manpower directed at the efforts.

Parents of these abducted children, government officials, civil society organisations and all well meaning Nigerians have condemned the abductions. Women’s groups have organised protest marches across Nigeria’s major cities in order to keep the issue on the front burner.

The military has assured the population that they are on the trail of the insurgents and will soon rescue the girls. But no one seems to believe them. Their record on rescue operations, scuttling Boko Haram attacks or arresting perpetrators of such violence is dismal or non-existent.

The information that the girls had been parcelled out to insurgent bases in Chad, Cameroon and Niger has reduced the hopes of their being rescued. In all probability the insurgents could use these girls for sex and as cooks. Should Nigeria fail to rescue them, it should brace for even more attacks, like the bombings in Abuja.

The escalation of this insurgency caught the security agencies unprepared. Attempts to quell the insurgency have been uncoordinated, exacerbated by bitter rivalry between the different armed services and agencies. On top of this, several incidences of extra-judicial killings, detention without trial, torture, burning of villages, looting and rape of women have all inflamed rather than contained the violence.

Lack of political will

The situation in the northeast is very complex. The most important ingredients for resolution of the emergency are political will on the side of the government – currently in short supply.

The government must be willing to address the underlying grievances, open channels for dialogue with sect members that are open to it, and vigorously follow up on a new strategy of soft options such as infrastructure and education investment.

The insurgency has set back education in an area with some of the world’s worst levels of education and human development. For many children in these communities, education remains their surest way out of poverty and destitution. The fear of Boko Haram has forced many parents to withdraw their children from schools, and this can only add to an already explosive mix of the large pool of uneducated and unemployed youth and debilitating poverty.

Kyari Mohammed has received research funding from the Institute for French Research in Africa and similar works with MacArthur Foundation. This article was originally published on The Conversation. Read the original article.

Kyari Mohammed has been professor of history at Modibbo Adama University of Technology, Yola, Adamawa State in Nigeria since 1985. He has also been chair of the university's Centre for Peace and Security... More by Kyari Mohammed