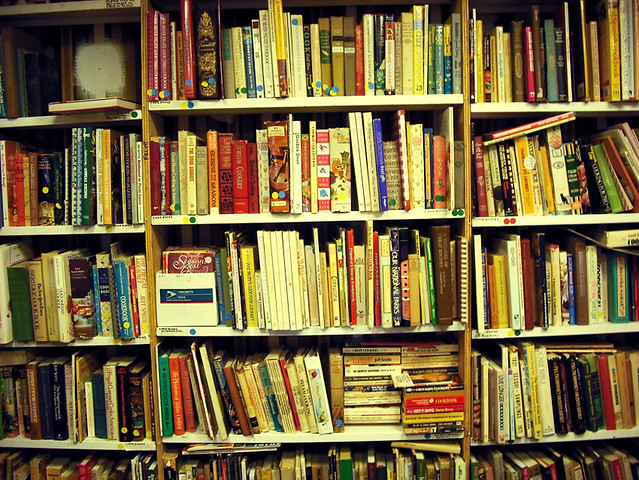 This is my long delayed contribution to an occasional series in which MercatorNet contributors discuss some of the books which have changed the way they see the world. It is a mixed and somewhat arbitrary selection of reading that has formed my ideas about life and literature.

Lord of the Rings, by J.R.R. Tolkien  I don’t mind joining half the world in nominating LOTR one of the great reads of my life and among the most influential, though I was late coming to it. There are few things more pleasurable than a gripping story which is also very long, since we never want a really great tale to end. Tolkien’s epic “fairy story” also reawakened in me a childish delight in imaginary worlds and creatures, where, at the same time, familiar struggles and victories are played out in a way completely plausible to, and instructive for real humans. Thanks to Tolkien’s profound intelligence, love for Creation and teeming imagination, I fell in love again with creative fantasy.

Gerard Manley Hopkins (The Oxford Authors) Ed. Catherine Phillips, (OUP 1986) This collection of the 19th century English poet’s work includes letters and other prose pieces, but it is his highly original poetic style that opened my eyes to nature and the “dearest freshness deep down things” as a teenager at secondary school. I struggled to understand some of the few poems we studied then until I heard them on a recording. I am still not sure that I fully grasp the meaning of “sprung rhythm” or follow all his imagery, but I will never forget lines such as:

Look at the stars! Look, look up at the skies!
O look at all the fire-folk sitting in the air!
The bright boroughs, the circle citadels there!
Down in dim woods the diamond delves! the elves eyes!
The grey lawns cold where gold, where quickgold lies!…

Introduction to Christianity, by Joseph Ratzinger (1968) Published in the year of the student revolts with their Marxist assumptions about a better world, and based on lectures given in 1967 at the University of Tubingen, this book remains a superb explanation of the Christian faith for a post-Christian world. With his characteristic depth, clarity, honesty and openness to the questions of the age, the former theology professor, now Pope Emeritus, aims “to help understand faith afresh, as something that makes possible true humanity in the world of today, to expound faith without changing it into the small coin of empty talk painfully labouring to hid a complete spiritual vacuum.” And he achieves his aim admirably.

The First Nine Months of Life, by Geraldine Lux Flanagan (1962) Published three years before Lennart Nilsson’s landmark photo essay, Drama of Life Before Birth, this simple little book with its black and white photos of the developing child (considered spectacular at the time) was, according to the cover blurb on my copy, the first on the subject for the general reader. It is beautifully written, combining complete scientific accuracy with a warm and elegant narrative. I found it captivating, even after seeing many coloured images and reading a lot of other literature on the unborn child – as effective, if not more, as any explicit pro-life text. Which is, perhaps, a lesson in itself.

The Flight from Woman, by Karl Stern, (1965)  I stumbled upon this fascinating book in the late 1980s while emerging from a decade-long flirtation with second-wave feminism. Stern, a German-Canadian psychiatrist, provided me with a much more convincing explanation of what ailed women in the West than Betty Friedan or, earlier, Simone de Beauvoir. Affirming the polarity and complementarity of the sexes at the psychological and metaphysical levels as well as physical, he shows how a centuries-long trend emphasising rationalism and a technical approach to nature resulted in the de-feminisation  and de-humanisation of society. Stern expounds and illustrates his theme through psychological portraits of six influential thinkers — Descartes, Goethe, Schopenhauer, Kierkegaard, Tolstoy and Sartre — and Ibsen’s heroine, Hedda Gabler. It makes even more sense to me today, when the “gender” revolution is so much further advanced, than it did 25 years ago.

Comrade Don Camillo, by Giovanni Guareschi (1964) It could have been any one of the Don Camillo stories but this one happened to be the first I actually read. It tells how the most famous sparring partners in Italian village mythology, the shrewd and imperturbable parish priest Don Camillio and the irascible Communist mayor Peppone, end up, through the machinations of the priest, on a Red-plush tour of Soviet Russia together. Hilarious, with some sombre moments, it taught me that good humour can win hearts where reason merely wins arguments. As Don Camillo observes, “Peppone and I always start out as the worst of friends and end as the best of enemies.”

Wise Blood, by Flannery O’Connor (1952)  Though I studied the modern novel at university I came to realise that the selection we were served up left out everything that was really worthwhile — like the work of Flannery O’Connor, who spent her short life (she died in 1964 at the age of 39) on a farm in Georgia, observing the poor whites and Protestant sectarians of the Bible-Belt, understanding them and creating the vivid and often shocking characters they inspired. Hazel Motes, the protagonist of Wise Blood, is one of these. Returned from the First World War, he passionately and obsessively rejects his innate religiosity – or tries to, since he cannot get rid of an image of Jesus from the back of his mind, “a wild ragged figure, motioning him to turn around and come off into the dark where he was not sure of his footing…” Bizarre, violent, comic and deeply serious all at the same time, this book showed me more than any other what the word “original” means when applied to literature.

One Day in the Life of Ivan Denisovich, by Aleksander Solzhenitsyn (1962) This simple, short novel, the first of Solzhenitsyn’s descriptions of Stalin’s gulags ever published, was revolutionary in its day, although the harsh details of the labour camp as Ivan Denisovich Shukhov experiences it on a “good” day are recounted in a matter of fact way. This is what struck me first and lifted the story above the level of anti-Stalinist political tract to the plane of great literature. Even more striking, alongside the intimations of cruelty and treachery are the hints of men rising above mere survival mode to express their inherent dignity and decency. Or rather, the story brings out the truth that drawing on these sources is ultimately the only way to survive in such inhuman conditions. The example that stands out in my mind is Shukhov and his working partner building a block wall in freezing conditions, bent on making it as perfect as they can get it. Forced to work they turn their labour into an act of freedom and art.

A Book of Middle Eastern Food, by Claudia Roden  My Penguin paperback edition of this wonderful cookery book fell apart years ago after a couple of decades of use and now lives in a plastic bag. Fortunately I know my favourite recipes by heart (Shula Kalambar – lentils and spinach; Persian Lamb and Apricot Polo, Kadin Budu — Turkish meat balls…). One acquires many cookery books in a lifetime; what was special to me about this one, after struggling with the finer points of French and Italian cooking, was its simplicity. Maximum flavour from few ingredients and minimum fuss. And exotic to boot.

Leisure The Basis of Culture, by Josef Pieper (1952)  I love books that get to the root of cultural issues, and this essay, whose content dates back to the post-war rebuilding of Europe, puts the question of how Europe is going to rebuild itself intellectually, morally and spiritually. Will it be in the Western tradition, which based on leisure? Or in the emerging mode of a world of “total work” as exemplified in (but not restricted to) Marxism? The idea that Western culture in its essence is based on leisure might seem strange, but you have to understand that the German philosopher is not talking about mere time off work, or entertainments; rather, he means ultimately the freedom to receive a world we did not make and to celebrate it in divine worship – which is itself the source of our freedom. If that doesn’t make sense just read the book. Together with an essay called The Philosophical Act, it’s only about 130 pages long, and so very relevant still.

Previous articles in this series:

A country priest, a Norwegian heroine, an American lady,  by Francis Phillips.