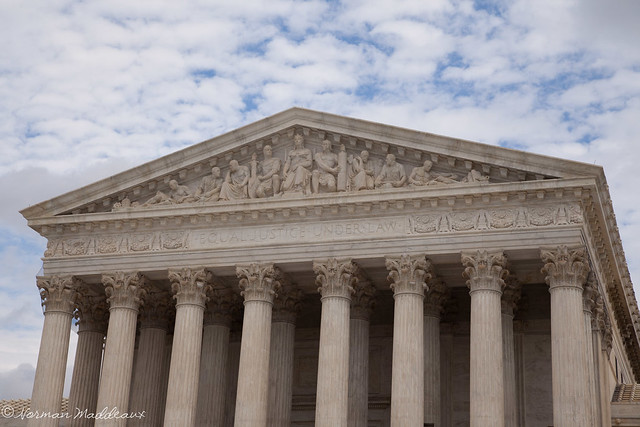 Within the month, the nation will receive the opinion of the US Supreme Court as to whether the US Constitution requires all of the states to jettison their domestic laws and sanction same-sex marriage. Numerous federal judges have so ruled, and most states have simply yielded to those federal court decisions. In a few cases, beginning with Vermont and Massachusetts, state courts ruled for same sex marriage, and state officials have accepted passively those decisions as well.

There are actually four cases, all from the US Court of Appeals for the Sixth Circuit, which have been consolidated for decision in the US Supreme Court — Obergefell, DeBoer, Tanco, and Bourke.

The opinion by Judge Sutton of the US Court of Appeals for the Sixth Circuit — upholding traditional marriage against five challenges in four states — begins with a remarkable observation that should have resolved the case in that once sentence, but did not. Judge Sutton points out that “[n]obody in this case … argues that the people who adopted the Fourteenth Amendment understood it to require the States to change the definition of marriage.” DeBoer v. Snyder, 772 F.3d 388, 403 (6th Cir. 2014) (emphasis added).

But for those lawyers who want unelected judges to set the public policy of our nation, it simply doesn’t matter what the Framers intended. And neither does it matter to many judges who are all too willing to give effect to their own political views. Discovering the “authorial intent” of the Framers is only a small part of their concern — a step they sometimes skip over entirely.

seek … not the protection of a deeply rooted right but the recognition of a very new right, and they seek this innovation not from a legislative body elected by the people, but from unelected judges. [Id. at 2715.]

If we are now considering a new right, one could legitimately ask when and where did this new right come from. Indeed, during oral argument in the case of Hollingsworth v. Perry, Justice Scalia asked this very question to same-sex marriage champion lawyer Ted Olson:

Ted Olson: “It was [un]constitutional when we — as a culture determined that sexual orientation is a characteristic of individuals that they cannot control…”

Justice Scalia: “I see. When did that happen?…”

Ted Olson: “There’s no specific date in time. This is an evolutionary cycle.”

Of course, a written constitution that is subject to evolutionary change is no longer a written constitution. A constitution that is always evolving provides no fixed guarantees for the rights of the people. If the “Due Process Clause” of the Fourteenth Amendment can morph into a mandate for homosexual marriage, then the “right to keep and bear arms” can become a right to call the police when attacked. Once we abandon the author’s meaning of a text, we are left treating the US Constitution as poetry, asking “what does the Constitution mean to me?”

Unable to ground their challenge in the Fourteenth Amendment as written, the advocates of same-sex marriage have used an assemblage of fabrications, purportedly derived from this Court’s precedents, but without any support in fact or law.

One of the briefs in the Supreme Court asserted that the High Court has already established that “[t]he right to marry the person of one’s choice is a fundamental freedom.” The claim is patently false.

To the contrary, the Supreme Court has always assumed that marriage law was originally governed by the common law which required consummation between one male and one female. [See Maynard v. Hill, 125 US 190, 213 (1888). See also 1 William Blackstone, Commentaries on the Laws of England, 424 (Univ. Of Chi. Facsimile ed.: 1765).]

The Court in Maynard explained: “though formed by contract … the relation of husband and wife, deriv[ed] both its rights and duties from a source higher than any contract of which the parties are capable, and, as to these, uncontrollable by any contract which they can make.” And “[w]hen formed,” the Court continued, the relation between husband and wife was “no more a contract than ‘fatherhood’ or ‘sonship’ is a contract.” Instead, marriage “partakes more of the character of an institution regulated and controlled by public authority, upon principles of public policy, for the benefit of the community.” Thus, it is just pretense to claim that the Supreme Court previously established the right “to marry the person of one’s choice.”

Any such claim is a total fabrication designed to hide the fact that at the time the nation was founded not only was same-sex marriage not legally sanctioned, but sexual relations between men constituted, as Sir William Blackstone declared, “the infamous crime against nature[,] a disgrace to human nature,” and punishable by death. [4 Blackstone’s Commentaries at 215-16.]

In addition to this condemnation of “unnatural” sexual coupling, the English common law of marriage exclusively adopted the Biblical matrimonial order. First, the common law limited the relationship to one between “husband and wife,” that is, “baron and feme.” [I Blackstone’s Commentaries at 421.] And second, the common law made “voidable” any union between a man and a woman under the “canonical disabilities” of “consanguinity, or relation by blood; and affinity, or relation by marriage.” [Id. at 422.] Thus, it is wildly false for Petitioners to presume, as they have, that there is a well-established right to marry any person of one’s choice.

The same-sex marriage proponents now ask the Supreme Court to take the nation one step further away from our written constitution, by fundamentally changing the meaning of its text based on the will of a bare majority of five lawyers serving on this Court, rather than complying with the exclusive process for amending the Constitution, as set out in its Article V. Freed from textual constraint, Professor Lino Graglia has observed that:

[o]ver the past half-century the justices have chosen to make themselves the final lawmakers on most basic issues of domestic social policy in American society. These include issues literally of life and death … and issues of public morality…. In essence, the Court now performs in the American system of government a role similar to that performed by the Grand Council of Ayatollahs in the Iranian system…. (2)

[t]his Court has no business imposing upon all Americans the resolution favored by the elite class from which the Members of this institution are selected, pronouncing that “animosity” toward homosexuality … is evil. [Romer v. Evans, 517 US 620, 636 (1996) (Scalia, J., dissenting).]

And, exactly as Justice Scalia predicted in Romer, the American people have seen a flurry of judicial opinions with “no foundation in American constitutional law” overturning laws which were “designed to prevent piecemeal deterioration of the sexual morality” desired by the People. These court opinions together constitute what he described as “acts, not of judicial judgment, but of political will.” [Id. at 653.]

As such, they are not just “bad law,” but as Blackstone stated, they are “not law” at all.

Herbert W. Titus taught Constitutional Law for 26 years, and concluded his academic career as the Founding Dean of Regent Law School. William J. Olson served in three positions in the Reagan Administration. Together they have filed over 80 briefs in the US Supreme Court, and dozens more in lower courts, addressing important public policy issues. They now practice law together at William J. Olson, P.C. They can be reached at traditionalmarriage@lawandfreedom.com or twitter.com/Olsonlaw. This article is part of a series on “Building Resistance to Same-Sex Marriage.”

(2)  L. Graglia, “Constitutional Law Without the Constitution: The Supreme Court’s Remaking of America,” in “A Country I Do Not Recognize” (R. Bork ed., Hoover Press 2005).