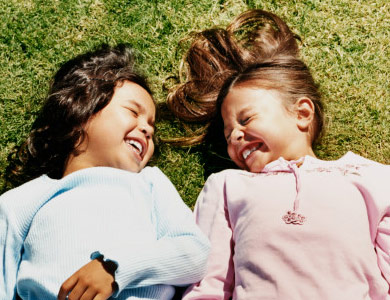 Like most children, I grew up listening to my mother’s choice of music.  One of my earliest favourites was “The Greatest Love of All” by Whitney Houston.  For some reason the lyrics struck a chord with me:

The lyrics still ring true for me.  If the children really are our future then the Eurozone has a seriously questionable one.  There is not nearly as much children’s laughter around.

Figures released by the European Union’s statistics agency late last week show that the number of children aged less than 15 in the 28-member bloc decreased by 10 million over the last twenty years, and it is a trend that is set to continue.

The falling number of children and young people will result in various challenges, including labour market shortages.  The share of the elderly in the total population continues to increase, and each future worker will have to support a larger number of retirees.  The number of elderly people in the EU exceeded the number of children for the first time ever in 2004.

Eurostat says the challenges will include:

– how to safeguard social welfare models, such as pensions and healthcare, if there are a growing number of (very) old people who are making increasing demands on these systems.

One solution is for the Eurozone to encourage higher levels of immigration to avoid decades of very low economic growth that will leave it with high levels of debt.  However, migrants will obviously have to come from somewhere.  Maybe the parts of Africa and Asia which still sustain relatively high birth rates?

As The Wall Street Journal comments, leaders will have to consider urging Europeans to start making more Europeans if they want to sustain their countries and ensure that “children’s laughter” continues to create joy.