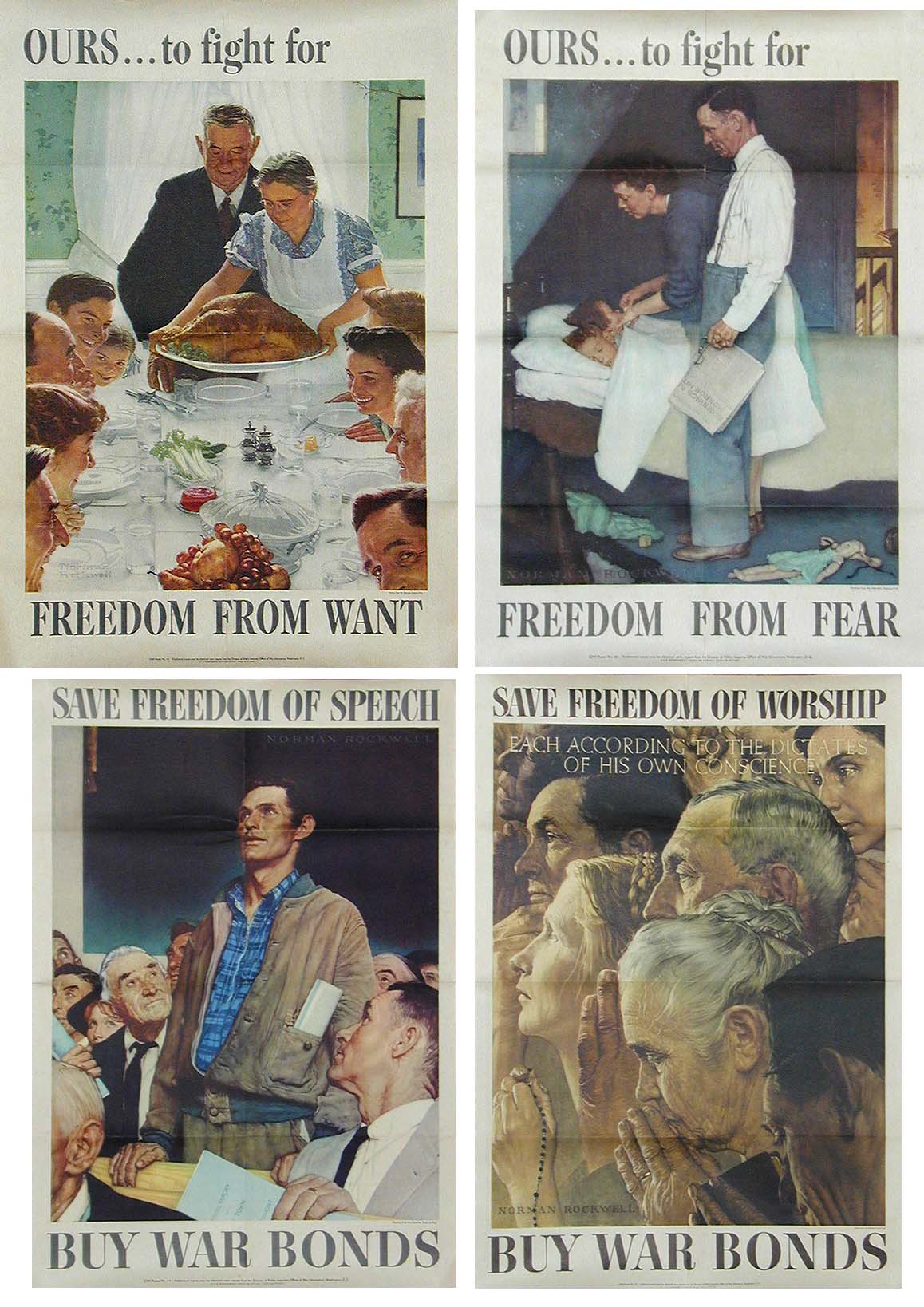 On January 6, 1941, President Franklin Delano Roosevelt delivered a State of the Union address that became known from its key points as The Four Freedoms. On its 75th anniversary it is worth recalling that historic speech.

The four are freedom of speech, freedom of worship, freedom from want, and freedom from fear. FDR called them “four essential human freedoms.” These four principles are as fresh now as they were 75 years ago. But these freedoms are under siege in various forms and in different ways — in the United States and abroad.

Freedom of speech is seen by many rogues as a license without limits as language is used and abused by verbal terrorist threats and hate speech of one form or another against neighbor and stranger. Freedom of worship has come under assault in parts of the Middle East as Christians are beheaded, Sunnis and Shiites are at each other’s throats and Catholic tenets are being undermined by presidential mandates in the medical area in the United States.

Freedom from want is a distant aspiration for the millions of destitute peoples and refugee populations who either never had enough or lost every possession in war-torn areas of the world, especially the Middle East and Africa. Freedom from fear has been undermined by terrorist actions from Paris to San Bernardino as the world ponders where and how the next tragedy will take place.

The world in 1941 was a dangerous place with Europe and Asia the focal points. Invasions by Nazi Germany had begun, the Soviets were plotting their global designs, and the Pearl Harbor attack would transpire 11 months later. Presidential words were not enough to stem the tide and halt the belligerants. When war was declared against the United States, Americans under the same President responded with massive force until the enemy was defeated and complete victory was assured.

The concluding paragraphs of FDR’s message in 1941 are as pertinent today as they were 75 years ago:

“Since the beginning of our American history, we have been engaged in change – in a perpetual peaceful revolution – a revolution which goes on steadily, quietly adjusting itself to changing conditions – without the concentration camp or the quick-lime in the ditch. The world order which we seek is the cooperation of free countries, working together in a friendly, civilized society.

This nation has placed its destiny in the hands and heads and hearts of its millions of free men and women; and its faith in freedom under the guidance of God. Freedom means the supremacy of human rights everywhere. Our support goes to those who struggle to gain those rights or keep them. Our strength is our unity of purpose. To that high concept there can be no end save victory.”

Indeed, the entire speech is worth rereading as an appropriate way of commemorating FDR’s legacy.