Meanwhile, what’s completely missing in sex education for teenagers, says Peter Jon Mitchell of the Institute for Marriage and Family Canada in the following article, is any discussion of love and marriage. 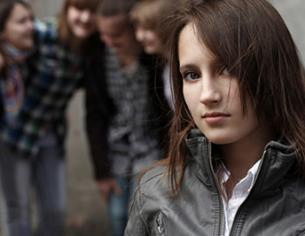 About 88 percent of Canadian teens say they expect to marry someday.1 This is a good thing since there is ample evidence that marriage remains the gold standard for family formation, offering benefits to adults and children alike.

That said, marriage rates have been in general decline over the last number of decades. And Canadians who do marry are waiting longer to tie the knot, entering marriage for the first time at an average age of about 30.2

This means that today, people entering marriage have often accumulated much more than a decade of romantic relationships. So just how does a young person today find their way through this history into life-long marriage?

One place they are not likely to find evidence-based guidance is at school in sexuality education classes. This should give us pause since research shows that teen relationship history is linked to future romantic patterns.

A few years ago the Journal of Marriage and Family published a study examining the dynamics between family structure, teen relationships, and later romantic partnerships in young adulthood.  Examining the literature, the researchers stated that, “Adolescent relationships form the foundation for relationships later in the life course by providing training for intimacy.”3Teens who engage in numerous short-term relationships or non-romantic sexual relationships were more likely to enter less stable relationships as young adults.4

After examining the data, the authors concluded that having stable, married parents is closely correlated with the formation of later stable partnerships.7 Healthy marriages serve as a model.

Of course relationship history alone isn’t the sole factor in determining whether someone who wants to get married will. For example, we can see that marriage is not declining equally across the economic spectrum. Esteemed sociologist Paul Amato recently pointed to the challenge of the marriage gap between higher educated adults who get and stayed married and those with less formal education who are less likely to marry or stay married.8

Canada too, has a marriage gap along income lines.9 Amato argues that poor economic prospects for many working class Americans has prevented entrance into marriage.

Amato points to significant cultural changes that have contributed to the decline of marriage as the center of family life.

Unlike the US, there has been no Canadian conversation regarding government funded marriage education. However, federal and provincial governments devote significant focus to sexuality education. Since the evidence shows teen relationships are the training ground for intimacy, sexuality education should help students identify the relational patterns and skills that will benefit the future marriage relationships teens say they envision.

Ontario’s new sexual health curriculum set to be implemented this fall is touted as the most progressive provincial curriculum in Canada, yet it fails to address how teen’s current relationships influence later relationship patterns. The curriculum authors intend health education to play a “key role in shaping students’ views about life, relationships, healthy development, physical activity, and how they learn.”10 The focus on developing healthy relationships teaches consent, physical readiness for sexual activity, safer sex and pleasure by grade seven.11

Entirely absent is any discussion of the evidence linking early romantic and sexual relationships with the success of future partnerships in young adulthood. Furthermore, other scholars have already noted the absence of the concept of love.12

These are significant shortcomings. Sex education cannot focus exclusively on the short term without advising students how these choices impact later relationship formation.

Marriage remains an important societal institution—all research points in this direction. The barriers to entering a healthy marriage are worthy of study and discussion. It’s true that not everyone is interested in marriage, but teens and young adults would be better served if they were presented with information about the future relationship model close to 90 percent say they desire.

Peter Jon Mitchell is a Senior Researcher at the Institute of Marriage and Family Canada. This article is reproduced with permission from the IMFC website.