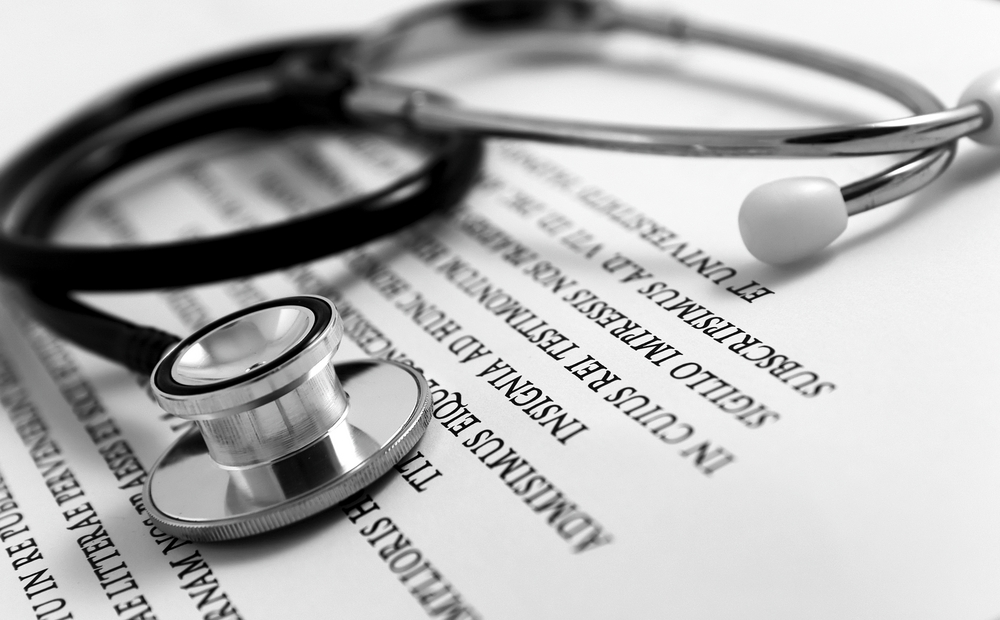 Despite its naysayers, the original Hippocratic oath remains an enduring icon of medical ethics because it eschews the unbound and nebulous principles of modern bioethics in favour of traditional virtues and transcendent truths.

Hippocrates lived in the fifth century BC and subscribed to the archaic notion that illness results from an imbalance of four bodily “humours” (black bile, yellow bile, blood, and phlegm). His classic oath begins with a pledge to mythical figures like Apollo and Asclepius. The oath’s longest paragraph compels physicians to love their teachers as dearly as their parents, and to care for them in old age.

The most famous line attributed to Hippocrates—“First, do no harm”—does not even appear in his iconic text, and whether he wrote the oath remains the subject of debate.

When viewed through the prism of our modern-day sensibilities, perhaps the oath’s most off-putting aspect is its overbearing, paternalistic tone. It implies that the physician—not the patient—is the final arbiter of treatment, thus ignoring the cornerstone of contemporary bioethics: patient autonomy.

So why does this oath of disputed authorship—which seems unduly concerned with the elder-care of teachers and completely overlooks key tenets of modern bioethics—remain such an enduring symbol of medical ethics?

Perhaps it retains its significance precisely because it eschews unbounded and nebulous principles like autonomy and distributive justice—the most beloved precepts of contemporary bioethics—in favour of overtly virtuous deeds. For all of its eccentric features, the classic Hippocratic oath is a virtuous covenant between physician and patient—virtue and covenant being two elements that are often missing from today’s medical-ethics deliberations.

Each of the four cardinal virtues first described in Plato’s Republic—and later embraced by Catholic thinkers such as Augustine and Aquinas—takes an explicit form in the original oath:

Prudence: I will not use the knife, not even on sufferers from stone, but will withdraw in favour of such men as are engaged in this work.

Temperance: I will [reject] all mischief and in particular sexual relations with both female and male persons.

Fortitude: In purity and holiness I will guard my life and my art.

Justice: I will come for the benefit of the sick … be they free or slaves.

During a period of Greek history when many physicians were equal parts sorcerer and healer—and patients deemed to have deficient character were sometimes given poison rather than a cure—these ideas were revolutionary. That the oath’s covenants extended to slaves was profoundly significant because it set forth a belief in the inherent dignity of all persons—a dignity that supersedes man-made laws and customs such as those in ancient Greece, where slavery was not only legal but also considered a “natural” practice.

Knowingly or not, Hippocrates stepped onto a transcendent moral path that leads to the Judeo-Christian doctrine of radical human equality.

Manifestly evident in his oath are human rights that flow from a higher source than legislative and judicial bodies. During a period of Greek history when abortion and infanticide were legal, and suicide tolerated, Hippocrates infused this document with an unwavering sanctity-of-life ethic that includes explicit prohibitions of abortion (I will not give a woman an abortive remedy) and suicide (I will neither give a deadly drug to anybody who asked for it, nor will I make a suggestion to this effect). The life-affirming elements of his “medical law” conspicuously foreshadow the natural-law doctrine Thomas Aquinas set forth more than a millennium and a half later.

The oath’s reverence for all stages of human life stands in sharp contrast to a recent survey of US physicians, 54 percent of whom supported assisted suicide. When considering this statistic, recall that Hippocrates practiced medicine during a time when there were no effective remedies for the often-excruciating pain and suffering that accompany death. His concern for the suffering patient is obvious in his writings, and yet he rejected suicide and euthanasia. In Hippocratic tradition, suffering is not an extrinsic violation of our nature and dignity; rather, it is an intrinsic (albeit unwanted) part of the human experience.

Thus, his concepts of beneficence and human dignity compelled physicians to safeguard—not assist in killing—suffering patients. Today, by contrast, even though there are effective treatments that substantially diminish physical and psychological suffering, some physicians paradoxically invoke those same principles—beneficence and human dignity—as reasons for cutting short a patient’s natural life.

Yes, Virginia, There Are Such Things as Right and Wrong

In Hippocratic tradition, virtuous acts follow from virtuous character. First and foremost, physicians must be good persons. All of the oath’s precepts share a common theme: preferring others’ interests to your own. These are lessons learned at a parent’s knee, not an anatomy table, and each gives rise to specific duties that constrain the scope of our personal freedoms. The ancient master reaches across two and a half millennia to remind us that virtue and natural law—not scientific prowess—should set the boundaries of our choices. If that were not distasteful enough to modern minds, Hippocrates further insists that professionals profess their commitment to these beliefs.

A valid criticism of the classic oath—its pledge to non-existent gods—is often ignored by Hippocratic sceptics, perhaps because it forces upon them the uncomfortable choice of proclaiming the one true God or disclaiming religious faith altogether.

Equally unsettling to secular minds may be the oath’s authoritative form, in which absolute rights and wrongs trump autonomy and free will. It contains an overarching sense of accountability—a bitter pill in our post-modern world—and foretells infamy for those who violate its precepts.

Those who dismiss the original oath as a quaint relic miss the point—but then, many are probably trying to miss the point. Virtue and accountability are unpopular concepts to those comfortably ensconced in relativism. As the chief of Cornell’s Medical Ethics division said when asked about his school’s revisions to the oath, “Do you want to impose an oath on students that probably half of them could not agree to?” In other words, when moral laws become too burdensome, they must be relaxed.

An Unwanted Reminder of Lost Virtue

Ironically, many who attempt to discredit this oath do so for the very reason that they understand its moral authority. They recognize something in the Hippocratic tradition that must be defeated if we are to impose our will on nature and freely pursue our unfettered preferences.

Such was the case in 1973 when Supreme Court Justice Henry Blackmun scrutinized Hippocrates in the high court’s Roe v. Wade ruling. In Blackmun’s words, the oath “represents the apex of the development of strict ethical concepts in medicine, and its influence endures to this day.” But with that assessment came an inconvenient fact—the oath’s explicit prohibition of abortion—so after offering his laudatory initial appraisal, in a strangely worded turnabout he denounced the oath for its “rigidity,” for not being universally accepted, and for the fact that physicians sometimes violate its tenets. Using that same logic, the Ten Commandments are also a badly flawed moral tradition.

In contrast to Hippocrates, today’s secular bioethicists rarely concern themselves with what sort of person the physician ought to be, and instead focus on what the physician ought to do—as though the latter does not depend on the former. Many believe we can think our way to virtuous outcomes, when the entirety of human history—and in particular, the most recent century—tells us otherwise. Of course, good character and sound moral principles are both necessary for goodness to prevail, but Hippocrates understood that virtuous character must come first.

Sadly, virtually every theistic reference and life-affirming precept has been stripped from present-day versions of the oath. Today, the oath heard at most medical school graduations comprises little more than cheerful and vague sentiments about respecting patients and doing good. What you will not hear is anything about protecting suicide-minded patients from self-destruction, defending the unborn, maintaining chaste relationships with patients, or guarding the elderly from euthanasia.

Also missing from most modern revisions is any substantive mention of accountability. And rather than vowing to God or Allah or the Creator, physicians nowadays “vow” to some variant of “all that I hold dear,” which could reasonably be money or peanut brittle.

Contemporary adaptations of the oath are no more than a ghostly apparition of the original, but the tattered remnants of Hippocrates’ oath stubbornly endure. Why do we still call it the Hippocratic oath? Why the pretence? I suspect that many who disparage the classic oath are nonetheless drawn to the beauty of its virtues and, despite their condescension, want the halo of its steadfast covenant without the unforgiving moral boundaries.

But, as G.K. Chesterton noted, “Art, like morality, consists of drawing the line somewhere.”

Philip Hawley, Jr, MD, is a hospice physician and former Assistant Professor of Clinical Pediatrics at University of Southern California Keck School of Medicine. His novel, STIGMA, was published by HarperCollins.

This article has been republished with permission from Public Discourse.