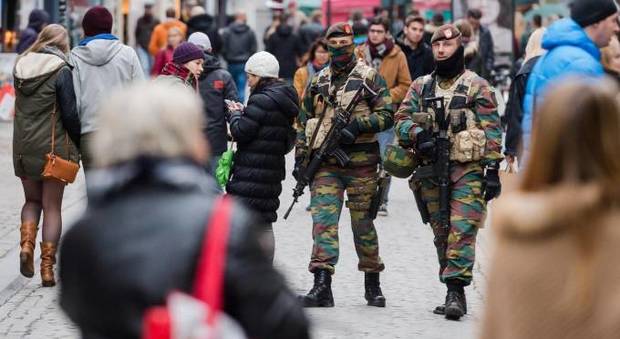 Since Europe has arrived within the Islamic State’s sights, politicians and security experts are questioning the manner in which terrorism should be countered.

Another very lively debate has erupted among predominantly French scholars of Islam, divided on the origin and nature of jihadist militancy. Triggering the debate was an article by Olivier Roy published on Le Monde on November 24, 2015 in which the French political scientist recalls and enriches some theories elaborated since the publication of his L’échec de l’Islam politique (The Failure of Political Islam) in 1992.

A nihilist and generational revolt

Roy maintains that in order to explain the phenomenon of radicalization, two misinterpretations must be cleared up: the cultural and Third-Worldist explanations. According to the first, founded on the idea of the clash of civilizations, “the revolt of young Muslims shows the limits of Muslim integration, at least as long as a theological reform has not removed the call to jihad from the Qur’an”; the second “evokes postcolonial suffering, the identification of youth with the Palestinian cause, their rejection of Western interventions in the Middle East, and their exclusion from a racist and Islamophobic French society.”

According to Roy, jihadist militancy is neither “a revolt of Islam,” nor a “revolt of Muslims,” but a problem that concerns two categories of youth: the second generations of immigrants and converts, who have in common the fact of having broken ties with their parents and the culture they represent. Therefore, the phenomenon does not involve a “radicalization of Islam,” but rather of an “Islamization of radicalism,” since the switch to jihadism is only the expression of a pre-existing revolt. More “nihilists than utopians”, these militants are fascinated “by the image of the hero, of violence and of death” and not “by sharia.”

Actually, Roy’s theories had aroused the misgivings of some scholars even before the Paris attacks. For example, Felice Dassetto, an Italian sociologist based in Belgium and pioneer of the studies on European Islam, in an essay published in 2014 reproached the French scholar for giving, with the nihilist category, an interpretation that was “exclusive and too simplifying and reductive of a much more complex reality.”

But it was the article in Le Monde that brought the dispute out from academic circles. The first to participate in the media quarrel was François Burgat, who refused to separate the jihadist phenomenon from the “counter-performances of the Republic regarding integration, from its colonial past or from the errors of its policies in the Muslim world.” Burgat, therefore, concludes that Roy’s hypothesis “just adds a new stone (that of social or even mental pathology) to a construction that reproduces the same bias of the culturalist approach which it tries to overcome, disconnecting the European theatre from the Middle Eastern one in a dangerously voluntary manner.”

The counter-narrative of Kepel

Roy’s harshest critic is perhaps Gilles Kepel who, in an interview with the French website Atlantico, questioned the validity of the very notion of radicalization adopted by Roy: “Radicalization,” says Kepel, “is not a concept, but a shield that prevents thinking about the phenomenon of jihadism in its relationship with Salafism. Radicalization is like an antibiotic that no longer cures anything. Thinking in particular about Roy’s slogan: everything corresponds to the Islamization of radicalism, as if there were no differences between the Red Brigades and ISIS, or between the Red Army Faction and the Abaaoud group. But such is not the case, we do not find ourselves in a situation of general nihilism like Olivier Roy says. It is a very different phenomenon, with similarities, but which must be placed in the relationship of Europe with its surrounding environment and the Middle East.”

Kepel’s thesis, thoroughly explained in his book Terreur dans l’Hexagone (“Terror in the Hexagon”, in France),is that the rise of terrorism coincides with the simultaneous appearance of the third generation of Islam in France and what he calls the “third wave of Jihad.”

In order to understand the interweaving of these phenomena, we must go back to 2005, a hinge year with three decisive events: the revolts in the banlieues in France, which marked “the irruption of the generation coming out of post-colonial immigration as a central political actor”; the online publication of “The Global Islamic Resistance Call,” a text by al-Qaeda ideologue, Abu Mus’ab al-Suri, who “theorizes terrorism on European soil as the main vector of the struggle against the West and identifies the “poorly integrated” youth as its preferred instrument; the birth of YouTube and the Web 2.0, which introduces new forms of communication and recruitment into the jihadist universe.

For some years, the effects of the convergence of these three factors – hardships of young Muslims, ideological change and technological environment – remain latent. Then in March 2012, a young French-Algerian named Mohamed Merah attacked four French soldiers, killing three, and then cold-bloodedly murdered three children and a teacher in a Jewish school in Toulouse. According to Kepel, what seemed like an isolated incident at the time was, in reality, only the prelude of the jihadist wave to come.

Between 2005 and the attacks in 2015, the picture painted by Kepel is radically different from the one sketched by Roy. Roy speaks about a generational revolt; Kepel highlights the presence of families (like that of Merah), in which parents and their children share the same Salafi faith. Roy presents the jihadists as individuals isolated from the Muslim communities; Kepel highlights the existence of contexts pervaded by Islamism. Roy describes the transition to jihadist militancy as an overnight “(re)conversion”; Kepel analyzes the processes of indoctrination that occur on the web, in mosques or in prisons.

In short, for Roy, the substantial factor to explain European and especially French jihadism is the nihilism of youth, while the jihadi-Salafism ideology is an accidental element (the only ideology left “on the market,” as he puts it) that is superimposed upon an existing radicalization. According to Kepel on the other hand, the substantial factor is the ideology, while the nihilism and hardships among youth are the ground on which the jihadist weed grows.

These make up two opposing, but not necessarily contradictory views. Separated from its Salafi version, the nihilism that Roy speaks about would in fact be deprived of content, and is fundamentally unable to explain the global spread of jihadism (from Paris to Lahore, from Riyadh to Ben Guerdane not everyone can be a nihilist). Kepel, assuming the perspective of nihilism, could ponder the psychological dimension of the jihadi-Salafi militancy more in depth.

Combining the two approaches does not mean seeking diplomatic mediation between rival positions, rather it means recognizing that jihadism is not the result of one, but two crises: that of Western culture and that of Islamic culture.

Michele Brignone is the scientific secretary of the Oasis International Foundation and managing editor of its journal. He is also a lecturer in Arabic Language at the Catholic University of Milan. His research focuses on modern Islamic political thought and modern Islamic intellectual history. This article is republished with the permission of Oasis: Christians and Muslims in a Global World