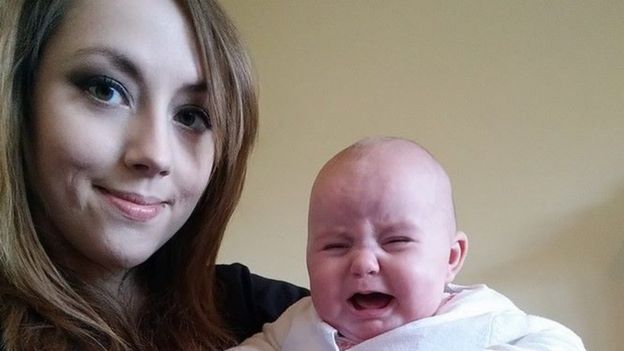 In the adult-centred world of third millennium love, where a combination of contraception, abortion, IVF, donors and surrogate mothers promises couples reproductive choice, you would think that the choice to eliminate the very possibility of having a child would meet with a shrug of the shoulders, or even, “Cool.”

Not so. When 29-year-old Londoner Holly Brockwell went public about wanting to be sterilised because of her visceral and instinctive rejection of motherhood, she opened her social media accounts to a torrent of abuse that, cyber-seasoned though she is, shocked her.

“Horrible, self-righteous, don’t give a toss about anyone else woman,” read one message. Another called her an “attention seeking media whore” while others again were unrepeatable. The one that disturbed her most was “a man saying he’d like to crowdfund an operation to render me physically unable to speak…”

“I am used to trolling as I run a women’s tech website but even I was affected this time because it was so vitriolic, so personal and nasty, and so specific about me and my professional life – not even about the issue of having children which I had been writing about.”

The article in question was one of a series that the BBC is running about “women who are defying stereotypes around the world.” Ms Brockwell was paired with an Iranian woman who prefers growing her business to raising children, although she has been married for 10 years and her husband seems to want a family. Together they represent an idea that is troubling, though it does not warrant the abuse that has been heaped on the Londoner.

As a matter of fact, it is not uncommon for British women to be childless; this is the fate, or the choice, of 1 in5 by the age of 45 – one of the highest rates in Europe. What was it, then, about Ms Brockwell’s declaration that provoked such an ugly reaction?

She notes: “Some of the words that were used were very gender specific – words that wouldn’t have been said to a man in the same situation. And I feel like that’s significant because it was nearly all from men – although there were a couple from women – men trying control a woman’s body.”

We had been led to believe, had we not, that the sexual revolution suited men; that they wanted sex with no strings attached and were all too ready cut and run when a girlfriend or cohabiting partner became pregnant. But there seems to be something else going on.

You don’t have to go far on the internet (in fact, you need only check the comments on your own articles) to find outbursts from angry and bitter men about the raw deals they have had from women. Most of the time it is about losing their children and home through divorce but having to support the family anyway. There are too many murders and abductions resulting from family ruptures to ignore how hard some men take them.

Is the idea that there are Ms Brockwells who are in “the market” for marriage or a relationship, but totally excluding one part of themselves, just another sign for such men – and others still hoping for marriage and a family — that women are selfish and heartless?

And is their reaction just a symptom of unreconstructed chauvinism and the desire to “control women’s bodies”, or is it something that springs from a fundamentally sound instinct about the meaning of sex, albeit warped and offensive in expression?

I doubt that this particular young woman is more heartless or selfish than the next person. Not every woman is born to be, literally, a mother, although every woman can develop the maternal qualities that help the world to run smoothly and happily. Throughout history some women have forfeited motherhood by giving themselves to careers and forms of service, in the family or society, through which they expressed these qualities; but this, on the whole, was a consequence of giving up the relationship of marriage, including sex. It was not because they hated the whole idea of motherhood.

Ms Brockwell, on the other hand, “viscerally and instinctively” rejects motherhood while holding open the possibility of sexual love: “It’s partly my own fear of capitulating that’s driven me to try getting my tubes tied – to take the choice away in case I’m ever tempted to betray my beliefs for love.” And this really is troubling because, apart from any social ramifications, she is cutting off the possibility of discovering real sexual love, which, in the context of marital commitment, involves openness to conceiving new life, even when conception is unlikely.

It is not her fault. She has grown up in a society that practices sterile sex 90 percent of the time and preaches it to schoolchildren; that talks incessantly about sex and hardly at all about marriage – except for the commercial extravaganzas that weddings have become. A society that praises women when they set up a business and ignores them when they start a family, except to encourage them to park their babies in daycare and get back to work.

It is a society that women, not just men, should get angry about. It is their bodies that are being poisoned and mutilated in the interests of sterile sex, and their happiness that is being ruined by making marriage and motherhood of so little account.

I wonder if anyone in the BBC’s list of 100 wonder women said anything like that. I doubt it.