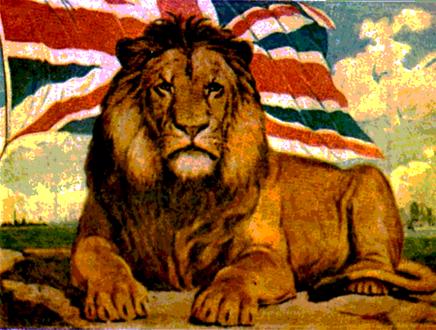 After a year in which the UK voted for Brexit (and then did not economically implode as some thought) and Donald Trump was elected President of the USA and the Hurricanes won the Super Rugby competition, you would be brave to predict the shape of the world economy in 2050, let alone 2100. But PwC is obviously full of such brave people since it has recently published a report entitled the “World in 2050” and it’s good news for Britain and the developing world.

“While the UK’s decision to leave the EU is expected to exert ‘some medium-term drag’ on the economy, PwC signalled that Britain was in prime position to forge new trade ties with ‘faster-growing emerging economies’, which are expected to cement their status as the engines of global growth.

Of even more fundamental importance is the demographic position of the UK. By 2100 55 per cent of the UK population will be aged 15-64 (down from 62.4 per cent in 2015). However, its G7 counterparts will have a smaller working age population as a proportion: France’s working age citizens will make up 54% of its population; Germany’s only 52.5%; and Japan’s to just over 51%. At the same time, the UK Government has sought to reduce the pension cost of an ageing population by linking the state pension age to life expectancy (something I wish the New Zealand government would look at doing!)

Demography also partly explains the PwC report’s prediction that the developing world’s economy importance will greatly increase. Brazil, China, India, Mexico and Russia are predicted to grow at 3.5 per cent per year until 2050 on average, more than double the G7 average. China is expected to remain the largest economy in terms of GDP based of purchasing power parity, India is predicted to become the second largest economy, the USA is expected to slip to third, followed by Indonesia and Brazil. Germany will drop from 5th to 9th, Britain from 9th to 10th and Italy from 12th to 21st. India’s share of global GDP is expected to exceed that of the EU27 by 2035. The “E7” group of Brazil, China, India, Indonesia, Mexico, Russia and Turkey could be double the size of the G7 by 2040.

The rise of the emerging economies is partly predicated on the fact that the share of working aged men and women is yet to peak in many emerging economies. For example, Nigeria’s working aged population is expected to rise continuously until 2100. However, the PwC also notes that Nigeria cannot just rely on its population growth: it must diversify its economy, strengthen its institutions and infrastructure and educate its growing young workforce. Vietnam and Pakistan are also expected to rise in the global rankings as China’s ageing population will see multinationals shift offshore jobs from there to relatively cheaper workforces.  Conversely, the USA’s relative economic slowdown is due to a downgrade of expected productivity growth in the USA, itself due to an ageing population, a “plateau of educational attainment”, and higher household and government borrowing. While not everything, demography is obviously important for economic growth. But then again, after a year in which the experts got it wrong quite a few times, we should perhaps not be treating this as gospel.