Varda Elentári, one of the Valar (powers) of Tolkien’s Middle-earth.
By Dominik Matus via Wikimedia Commons

The Silmarillion, the monumental body of myth and legend in which are the roots of The Lord of the Rings and The Hobbit, was first published in 1977, almost four years to the day after the death of its author. Although J.R.R. Tolkien had fully meant to see it finished, he was in many ways trying to readjust the foundations of two towers he had already built, and often became frustrated. He died in September of 1973, at the age of eighty-one, having worked on it till the end.

The posthumous work was edited by Tolkien’s youngest son and literary executor, Christopher. It has been followed by more than a dozen volumes of narratives, glossaries, and other material from which The Silmarillion was distilled, including long version standalones such as The Children of Húrin.

With 2017 comes the fortieth anniversary of The Silmarillion’s original publication. Though no doubt worth commemorating, it is in some ways an arbitrary milestone, as Tolkien seems at all times in his life to have been labouring on some part of it. The Silmarillion is Tolkien’s magnum opus in much the same way that Finnegan’s Wake is James Joyce’s; each is treasured by its author as his greatest work, even though, bewildering in their complexity, these works are read by relatively few.

Even Tolkien fans tend to grumble about the accessibility of The Silmarillion compared with the author’s other works. Some have read it, and are haunted by their love for it. Most have not, or tried and gave up. Made up of five narratives of varying length it is a most demanding book, and while none can deny its importance, both to Tolkien’s own world and as a contribution to fantasy, there is only so much celebrity can do to make its cosmogonic labyrinth both enjoyable and popular. In celebrating four decades of The Silmarillion, then, it may be worthwhile to consider not simply what its material means in terms of literature or myth or imaginative history, but also what it meant to its author.

Beren and Lúthien: the original lovers

The gravestones of J.R.R. Tolkien and his wife Edith stand side-by-side in a public cemetery in Oxford. Each displays two names. John Ronald Reuel Tolkien, Beren, reads one, 1892-1973; the other Edith Mary Tolkien, Lúthien, 1889-1971. The names of Beren and Lúthien are obscure, even to many fans of The Lord of the Rings. It was more so back when the tombstones were inscribed. But of all the lovers immortalized in Tolkien’s published works, it is not Aragorn and Arwen, not Tom Bombadil and Goldberry, nor Sam Gamgee and Rosie Cotton, but rather Beren and Lúthien beneath whose names the author and his beloved wife are buried.

One must keep in mind that the original readers of The Lord of The Rings in the 1950s, and of The Hobbit in the 1930s, had to wait more than a generation for many of the allusions of those works to be fully explained. Only in The Silmarillion would readers learn the full significance of these figures, and of the depth and reach of their influence in Tolkien’s world. 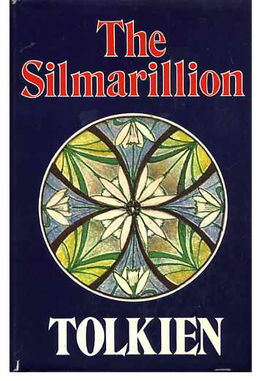 The Silmarils, ‘brightest of all jewels’

The lovers and their tale were first described in The Fellowship of the Ring, in a “rough echo” of an Elvish song Strider recites near Weathertop. It is also the first mention of the Silmarils, “brightest of all jewels”, for which The Silmarillion is named. Beren was a Man, the remnant of a people wiped out by Sauron, who in his flight from death came upon the Elfmaid Luthien singing and dancing in an enchanted glade. The two fell in love, and in their perilous quest to fulfil her father’s impossible bride-price—the recovery of a Silmaril from the Great Enemy’s helm—they became inseparable. Beren was killed, and Lúthien pursued him. He became the only man to be brought back from the dead, and in the end she became the only one of Elfkind to die a mortal death.

Tolkien had published an early version of Strider’s poem in 1925— “Light as Leaf on Lindentree”—but its occurrence in The Lord of the Rings falls as one more snowflake amidst a blizzard of backstory and fictional lore. It is easy for the casual reader to disregard it.

The backstory of Shelob the Great

The next time Beren and Lúthien are mentioned, it is in The Two Towers, in the chapter “Shelob’s Lair”. The underlying time-abyss of Tolkien’s legendarium shows its fissures in many places in The Lord of the Rings, and in The Hobbit as well, but in no other episode do action and allusion flow together so deeply. The description of Shelob is one of Tolkien’s most chilling triumphs:

There agelong she had dwelt, an evil thing in spider-form, even such as once of old had lived in the Land of the Elves in the West that is now under the Sea, such as Beren had fought in the Mountains of Terror in Doriath, and so came to Lúthien upon the green sward amid the hemlocks in the moonlight long ago. […] How Shelob came there, flying from ruin, no tale tells, for out of the Dark Years few tales have come. But still she was there, who was there before Sauron, and before the first stone of Barad-dûr; and she served none but herself, drinking the blood of Elves and Men, bloated and grown fat with endless brooding on her feasts, weaving webs of shadow; for all living things were her food, and her vomit darkness. Far and wide her lesser broods, bastards of the miserable mates, her own offspring, that she slew, spread from glen to glen, from Ephel Dúath to the eastern hills, to Dol Goldur and the fastnesses of Mirkwood. But none could rival her, Shelob the Great, last child of Ungoliant to trouble the unhappy world.

Among the dozen-plus references in the passage to extraneous characters, places and events, there is one the reader will never had heard before, and would not hear again until The Silmarillion: Ungoliant, the ancestor of Shelob, whose only echo lies in the name of the mountain pass, Cirith Ungol, in which the Shelob lurks.

With The Silmarillion we learn not only who Ungoliant was, but also how deeply the events of the Lord of the Rings are rooted in material Tolkien had already written. A great spider-demon, and a Maiar (essentially an angel) like Sauron and possibly Gandalf, Ungoliant was recruited by Melkor, the original Great Enemy, to help him to destroy the two luminous trees whose last fruits became the Sun and Moon. Not only does Ungoliant aid in the darkening of the World, but the confusion she sows allows Melkor to steal the Silmarils, and to set the greatest story of Tolkien’s legendarium in motion:

“Then the Unlight of Ungoliant rose up even to the roots of the Trees, and Melkor sprang upon the mound; and with his black spear he smote each Tree to its core, wounded them deep, and their sap poured forth as it were their blood, and was spilled upon the ground. But Ungoliant sucked it up, and going then from Tree to Tree she set her black beak to their wounds, till they were drained; and the poison of Death that was in her went into their tissues and withered them, root, branch, and leaf; and they died.”

Sam and Frodo’s encounter with Shelob is significant in another way, however. When the monster recoils from the Phial of Galadriel, it is more than the Darkness shunning the Light, for contained within the water of the phial is a vestige of the very brilliance that Ungoliant and Melkor had sought to destroy. The Silmarils alone preserved the original light of the Two Trees, and a Silmaril fuels the beacon-fire of Ëarendil—the mariner-made-star whose light the water of Galadriel’s phial has captured.

The silver thread of love

Much of this lore, tangled as roots tend to be, is alluded to in The Lord of the Rings. Sam, in encouraging Frodo to press on through Cirith Ungol, connects the Phial to Beren and to the Silmaril directly, and weaves Frodo’s own adventure into the same web of story.

What The Silmarillion did was to magnify and to focus the themes of Tolkien’s greater opera, and to show that the one silver thread linking all the dark events and allusions can be traced to the redeeming love of a broken man for a woman he found dancing and singing in a glade.

Without Beren and Lúthien, there had been no Lord of the Rings, for it was they who recovered the Silmaril, their granddaughter Elwing who brought it to Ëarendil, and Ëarendil who sailed with it to the Undying Lands to find the help that saved Middle-earth from the forces of Melkor. To these precedents and in this grand design, The Lord of the Rings and the Phial of Galadrial are echoes, beautiful but faint. Conflicts in later Ages are always the convulsions of original disturbances, and each war, even as good wins, must lead inexorably to further ruin.

In imagining where Beren and Lúthien came from, it easy to overlook the author’s own humanity, and to look to the mythological stars with which his works are constellated. Sigurðr and Guðrún, Orpheus and Eurydice: both offer analogues, and Tolkien was of course familiar with them. It may surprise some to learn, however, that Beren and Lúthien found their origins in Tolkien’s own life—when he and Edith, both before and after they wed, would retreat to a glade, and she would sing, and dance. Upon her death, he wrote the following to his son Christopher:

“She was (and knew she was) my Lúthien. I will say no more now. But I should like ere long to have a talk with you. For it seems probable that I shall never write any ordered biography—it is against my nature, which expresses itself about things deepest felt in tales and myths—someone close in heart to me should know something about things that records do not record: the dreadful sufferings of our childhoods, from which we rescued one another, but could not wholly heal wounds that later often proved disabling; the sufferings that we endured after our love began—all of which (over and above personal weaknesses) might help to make pardonable, or understandable, the lapses and darknesses which at times marred our lives—and to explain how these never touched our depths nor dimmed the memories of our youthful love. For ever (especially when alone) we still met in the woodland glade and went hand in hand many times to escape the shadow of imminent death before our last parting.

If there be any reason to read The Silmarillion, in all its epic and upheaval, it is to know the life of its author as his nature compelled him to write it, and to hear in its wellspring his love for his wife, of which he made such a gift to the world.

Harley J. Sims is a writer and independent scholar living near Halifax, Nova Scotia. He can be reached on his website at http://www.harleyjsims.webs.com