At the World Congresses of Families in Warsaw, Amsterdam, and Madrid, and the demographic summits in Moscow and Ulyanovsk, I presented and updated a country-by-country model of fertility, which has since been published in my book Redeeming Economics.

I’d like to extend that analysis. We often assume that abortion is a tragic by-product of our current culture of family breakdown. In fact, legal abortion is the main cause of family breakdown, including specifically the rise in rates of divorce, illegitimacy, and crime, and the entry of most developed nations—now including the United States—into “demographic winter”.

Fifteen years ago I published a paper on the “Socioeconomic Costs of Roe v. Wade.” In it, I estimated the impact of legal abortion in reducing the U.S. population (about 20% so far) and concluded: “taken in its entirety, legal abortion is perhaps the single largest American economic event of the past century, more significant than the Great Depression or the Second World War” (see Figure 1). 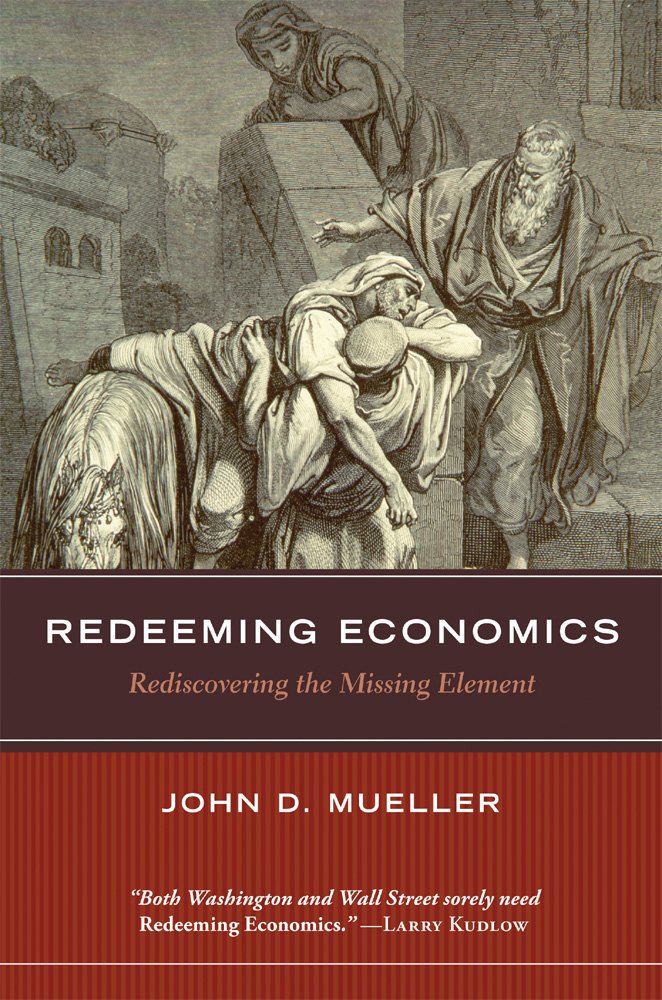 I was just starting the book which systematized these insights. The cover features Gustave Doré’s engraving, “Arrival of the Good Samaritan at the Inn,” because, transcending nationality and religion, the parable illustrates all the possible economic transactions we can have with our fellow man: the robbers beating a man and leaving him for dead illustrate crime; the priest and Levite who passed him by illustrate indifference; the innkeeper’s bargain with the Samaritan illustrates justice in exchange; and finally, the Samaritan’s devotion of time and money to restore the beaten man to life illustrates a gift. Crime, indifference, just exchange, and gift: this is the range of possible transactions, described by St. Augustine and incorporated by Thomas Aquinas in the original scholastic economics.

In contrast, the premise of modern economic theory was expressed by Adam Smith’s famous assumption in the Wealth of Nations that “every individual . . . intends only his own gain” (see Figure 3). “Neoscholastic” economics differs from Smith’s “classical” and today’s “neoclassical” economics chiefly in retaining Augustine and Aristotle’s theory of distribution: comprising gifts (and their opposite, crimes) and what Aristotle called “distributive justice” as well as exchanges. This also makes the neoscholastic theory much more accurate.

For example, updating scholastic theory refutes the famous claim by economist Steven D. Levitt, featured in his mega-bestseller Freakonomics, that the U.S. Supreme Court’s legalization of abortion in 1973 caused the crime rate to fall 15-20 years later, by eliminating potential criminals (see Figure 4). In fact, there is a 90 percdent current inverse relation between “economic fatherhood” and homicide.[8] Legalizing abortion raised crime rates immediately and with a lag by turning new fathers back into men without dependent children.

The “Neoscholastic” fertility model is also more accurate. Just four factors explain most variation in birth rates among the 70 countries for which sufficient data are available (comprising about one-third of all countries, but more than three-quarters of the world population). The birth rate is strongly and about equally inversely proportional to per capita social benefits and per capita national saving (both adjusted for differences in purchasing power), which represent provision by current adults for their own well-being. When these factors are taken into account, a legacy of totalitarian government is also highly significant, reducing the birth rate by about 0.6 children per couple (see Figures 5 & 6).

Finally, the birth rate is strongly and positively related to the rate of weekly worship. This is because all gifts of scarce resources—whether rearing a child or worship—require the same lowering of self and raising of others in our scale of preferences for persons. On average throughout the world in 2005-10 (adjusted for differences in mortality), a couple which never worshipped had an average of 1.2 children; but the average couple which worshipped at least once a week had 2.4 more—an average of 3.6 children (see Figure 7).

There are four main reasons, then, for “demographic winter,” in order of importance: first, low rates of religious practice, which are associated with low birth rates (and high incidence of abortion); second, social benefits so high as to displace gifts within the family, particularly the gift of life; third, legacies of totalitarianism; and finally, heavy reliance on fiscal policies which penalize investment in people: so-called “human capital.”

What does this mean for policy? Based on current projections, the federal budget would substantially increase federal social benefits as a share of GDP. Because of the strong inverse relation between the birth rate and per capita social benefits, I project that the U.S. birth rate will fall significantly under current law, from about 1.83 to about 1.64 children per couple. These projections indicate that the budget is likely to shift U.S. society to conditions approximating the Social Security Trustees’ “High-Cost Assumptions” (see Figure 8).

Fifty years ago, the world’s three most populous countries were China, India, and the United States in that order. That is still true today. The practice of abortion in China but not as widely in India, however, is causing a reversal of their first and second population ranks.

Of course, the birth rate does not reflect illegitimacy, which has risen from less than 4% in 1940 to more than 40% of all U.S. births. As Janet L. Yellen—yes, that Janet Yellen—and her husband George A. Akerlof were surprised to discover, legalizing abortion contributed to a retreat from marriage: “Although many observers expected liberalized abortion and contraception to lead to fewer out-of wedlock births, in fact the opposite happened [particularly] because of the erosion of the custom of ‘shotgun marriages.’”[12] The role of legal abortion is obvious from its exact proportionality to the divorce rate (see Figure 9).

Family decline is not irreversible

Many fear that marriage in America is going irretrievably to hell in a handbasket. I would caution against the WSIATI fallacy: that What You See Is All There Is. Data back to colonial times show that American marriage has gone to hell in a handbasket before (see Figure 10). Extramarital conceptions were about one-quarter in 1900 (the same as in 1986) and one-third in 1776. I do not claim another Great Awakening, like the one  I was blessed to be born in, is inevitable; but I do claim that the handbasket is not.

I would like to close by endorsing two correct innovations by Pope Francis: first, his rejection of “gender ideology,” which mistakes gender equality for gender identity; and second, his rejection of the prevailing theory of “sustainability’s” premise, that “Population control is the sine qua non of sustainable development”; he points out that “concern for the protection of nature is . . . incompatible with the justification of abortion.” In short, “demographic winter” is unsustainable for “human ecology.”

Economics has been called the “dismal science.” But I like to emphasize that my message is one of hope. All the unfavorable trends we have discussed here are reversible if we reverse the policies which caused them. Ronald Reagan was right in saying, “There are simple answers—there just are not easy ones.”[15]

John D. Mueller is the Lehrman Institute Fellow in Economics at the Ethics and Public Policy Center in Washington, D.C. This essay is adapted from a presentation given at World Congress of Families IX, October 27-30, 2015, in Salt Lake City, Utah. It is reproduced here with permission of The Family In America.

Read the original article, with footnotes and graphs, at The Family in America.