Here at MercatorNet we take a great interest in nurturing a Comment Community. However, as on most sites, it is sometimes more like a cage fight between professional brawlers than a community. Following the comments can be more entertaining (if less informative) than the article itself.

But, if skilfuly used, there is gold in those threads. One person who has realised the comedic potential of comment threads is “Ken M”, who is reputed to be the world’s most famous internet troll. Vox interviewed him in the video above.

Ken M is the avatar of a Brooklyn comedian named Ken McCarthy who is a scriptwriter for Comedy Central. A few years ago he was dismayed by the toxic atmosphere on Yahoo News comments — but then he realised that he could turn the hyper-aggressive nastiness of some contributors into laughter. His alter ego is a bumbling clueless grandfather who enrages people with his stupidity. It’s a subtle and novel medium of humour. He has his own subreddit with more than 150,000 fans, plus Facebook and Twitter pages.

Here is a typical interaction with some of his fellow trolls: 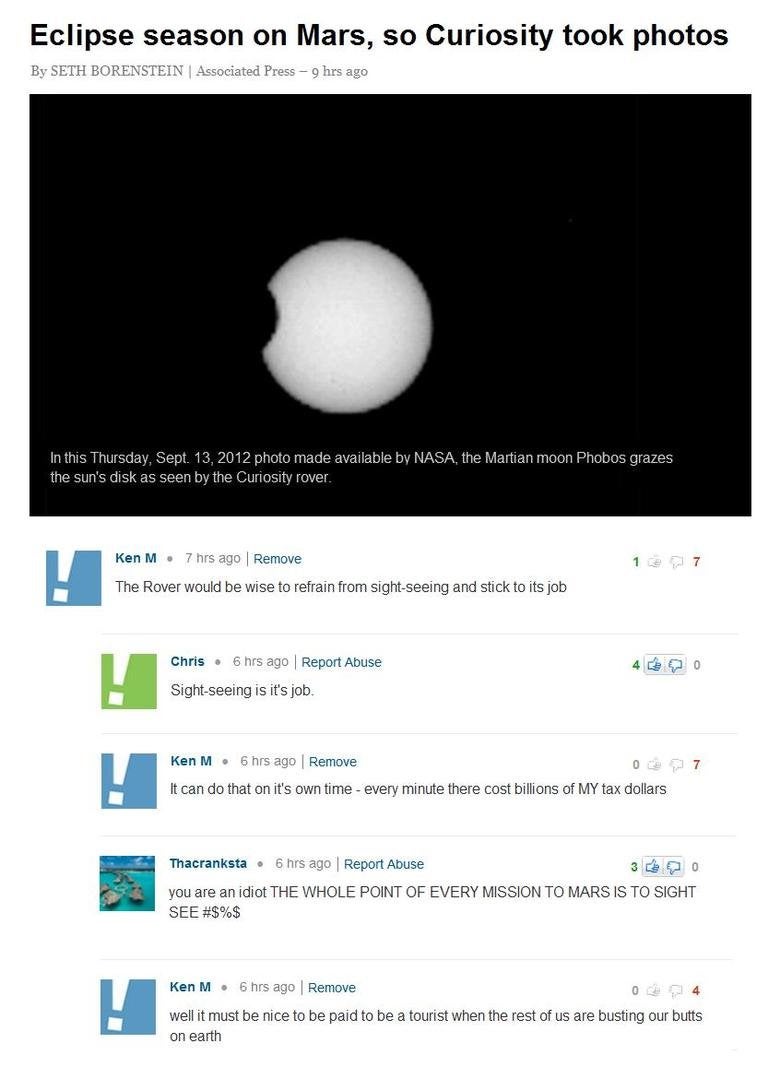 It’s a bit like being a judo master: turning weakness into victory by flipping a charging opponent onto his back: