MercatorNet stands for reframing ethical and policy debates in terms of human dignity, not dollars and cents or political calculation. We place the person at the centre of media debates about popular culture, the family, sexuality, bioethics, religion and law. MercatorNet isn’t liberal. It isn’t conservative. We don’t want to be trapped on one or the other side of the culture wars. If you want a label, try “dignitarian”.

We’d like to highlight figures in the news who exemplify these ideals. Among the hundreds of people featured in articles which have crossed our desks during the past year, a few have stood out for their commitment to human dignity. At no small cost to themselves, they have stood up for unpopular causes or risked their lives to do what is right.

Here are our five nominees for “Dignitarian of the Year”. No doubt there are many others who are equally worthy. But we want to highlight the pressing need for people like them, people with conviction, courage and compassion.

Give us your comments, and next week we’ll announce our final choice. Watch this space. 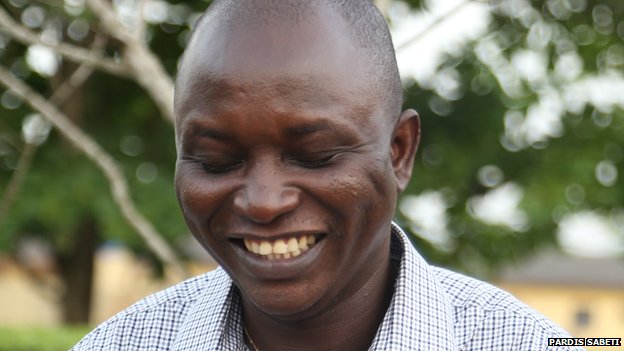 Dr Sheikh Umar Khan represents all the brave and dedicated health care workers in West Africa who have worked on the front line of the Ebola epidemic. Dr Khan was a US-trained virologist in charge of a unit at Kenema Government Hospital, where the disease was first diagnosed. As Sierra Leone’s only specialist in viral haemorrhagic fevers, Khan knew the risks. But he refused to abandon his understaffed clinic, even when some of the nurses began to fall sick. “If I leave, then who will come and fill my shoes?” he told a friend. He treated scores of patients. He would give those who survived a big hug before they left the hospital to assure their relatives that they no longer carried Ebola. Finally he succumbed to the disease himself on July 29. There was speculation that his bearhugs were the cause.

A former Sierra Leone presidential candidate, Mohammed Bah, wrote that “Dr Khan is to the fight against Ebola Virus in Sierra Leone as Dr. Martin Luther King, Jr. was to the struggle against racial inequality and social injustice in America. Both men were anointed by God to take on an impossible task of changing the world and serving mankind. Both men did not pass the age of 39 years old.”

Meriam Yehya Ibrahim, a Sudanese woman raised as a Christian and married to a Christian, was imprisoned and in May condemned to death by a court in Khartoum for apostasy. In addition she was sentenced to 100 lashes for adultery. Her apostasy consisted of being the Christian daughter of a Muslim father, and her adultery of marrying a Christian. The sentences were to be carried out when her youngest child was two. Meriam behaved with great courage during her imprisonment and trial. Pregnant with her second child at the time, she was denied adequate medical attention for her pregnancy and was pressured by other women in the prison and by imams who harangued her to recant. But she repeatedly told them, as she told the judge in court, “I am a Christian, and I have never been a Muslim.” In doing so Meriam defended a fundamental human right, the right to religious freedom, and her persistence finally won her the support of the international community and freedom – although at the cost of not being able to live in her own country. Her struggle highlighted the position of religious minorities in many countries and particularly of women. A lawyer, a businesswoman, member of the House of Lords, and former chair of the Conservative Party, Sayeeda Warsi is best known for being the first Muslim to serve in a British cabinet. She resigned from the Cameron government in August over its attitude towards the war in Gaza. What makes Baroness Warsi special is her sturdy defence of religious freedom, not only for her fellow Muslims – she spoke out strongly against Islamophobia in Britain – but for Christianity in a country where political correctness has become a passion. She lobbied for the right of churches to be protected against lawsuits over gay marriage; she defended the right of Christians to exercise their faith in the public square; and she called for world action to defend Middle East Christianity.

Mark Regnerus, associate professor of sociology at the University of Texas at Austin, must be the most vilified academic in North America, thanks to his landmark 2012 study of the adult children of parents who have same-sex relationships, the New Family Structures Study. For findings which break the “consensus” in academic and professional circles on the effects of same-sex parenting, his study has been denounced by colleagues and peers, and the man himself has been subjected to relentless attack by LGBTQ activists. Throughout the whole storm and its ongoing squalls Professor Regnerus has conducted himself professionally, responding calmly to criticisms, acknowledging weaknesses in his study (and all studies have those), while defending its strengths and general validity. He continues to study the social effects of homosexuality as part of his wider interest in sexual behaviour and the family. It is a valid and necessary field of research, albeit a battlefield requiring commitment and courage under fire – both of which he has shown. Baroness (Jane) Campbell is a remarkable woman who has triumphed over physical disability, discrimination and many personal tragedies. She was born in 1959 and grew up with spinal muscular atrophy, a genetic illness which confined her to a wheelchair. She struggled to get an education, but eventually obtained a Master’s degree in political history, two honorary doctorates, a job in local government, and fame as a disability activist. She has said: “If you said to me that I could be born tomorrow without my impairment I would say no thanks. I am me because of my impairment, not despite it.”

She is a staunch opponent of euthanasia and earlier this year spoke passionately against an assisted suicide bill in the House of Lords, to which she was appointed in 2007. Breathing through a ventilator she warned that hard economic times have made life more dangerous for people like herself. “Words such as ‘burden’, ‘scrounger’ and ‘demographic time bomb’ come to mind,” she said. Although she is not terminally ill, she challenged the peers: “Do your Lordships think that I would be refused? You can be sure that there would be doctors and lawyers willing to support my right to die.” She is using her position very effectively on behalf of disabled people.