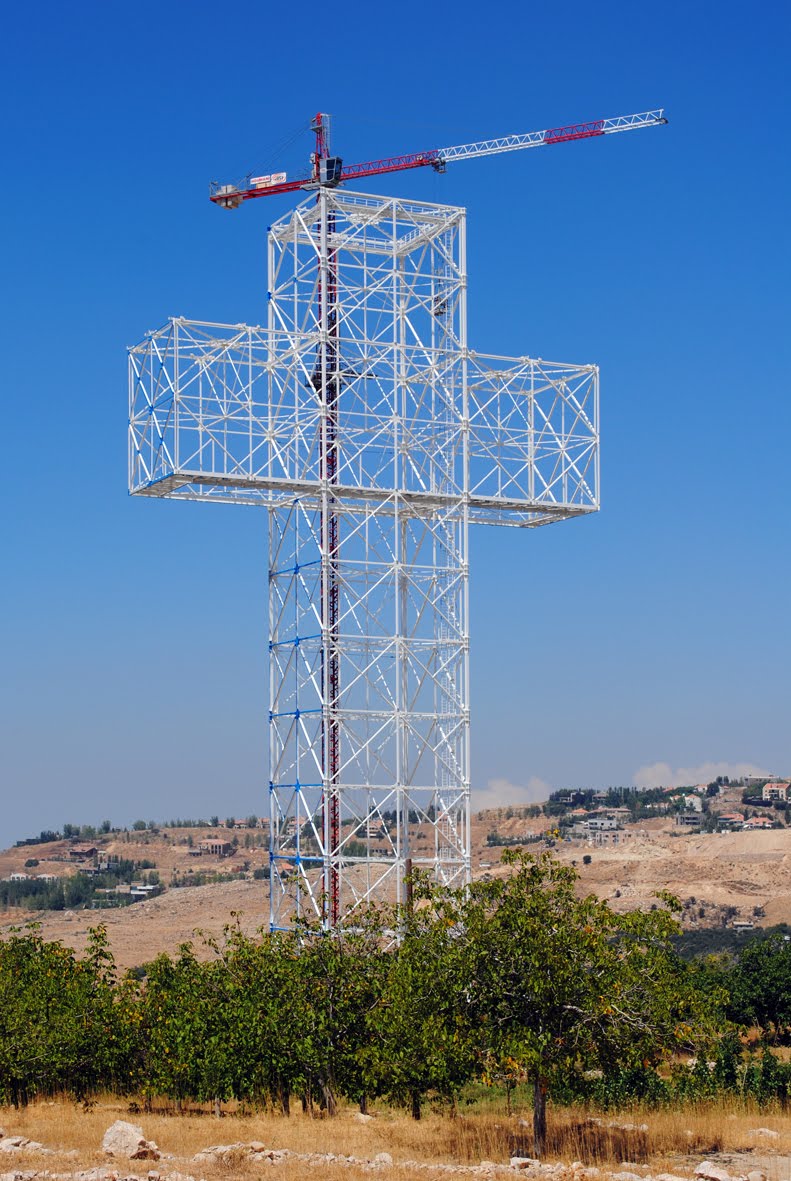 Christians understand the cross to represent the ultimate unity of all human beings.  Many people don’t get that.

Christians in Lebanon want as many people as possible to at least see it, so they erected and illuminated what may be the largest cross in the world.

In the mountainous village of Qanat Bekish, a giant cross soaring over 73 meters in the air was constructed and lit up as a sign of unity among the world’s people.

The edifice was inaugurated by the Maronite Christian Church and was lit up with 1,800 spotlights, according to Father Farid Doumit, a Maronite priest in Qanat Bekish. The inauguration came on the eve of the Feast of the Holy Cross, a celebration which commemorates finding the cross on which Jesus Christ was crucified.

Building the giant structure took about two years and cost $1.5 million, which mainly came from donations from the Maronite Church and a French Catholic group. It now stands near a church that dates to 1898.

According to the recent Noursat/Tele Lumiere newsletter ‘The Message of the Light’:

…the French Brothers Francois and Jesus Ibanez and the founders of the Land of God (Terre de Dieu) Association, began their project and planted in the whole world about 7 thousand and 308 crosses, and about 90 in Lebanon.

Then the story of the Ibanez Brothers began with the cross. Everything is detailed in a documentary titled “the Cross Witnesses” and produced by Tele Lumiere that visited all countries around the world where the crosses are planted in addition to the Lebanese hills. Today, we follow up again this new but the biggest step of this project: “the biggest cross of all people” all around the world.