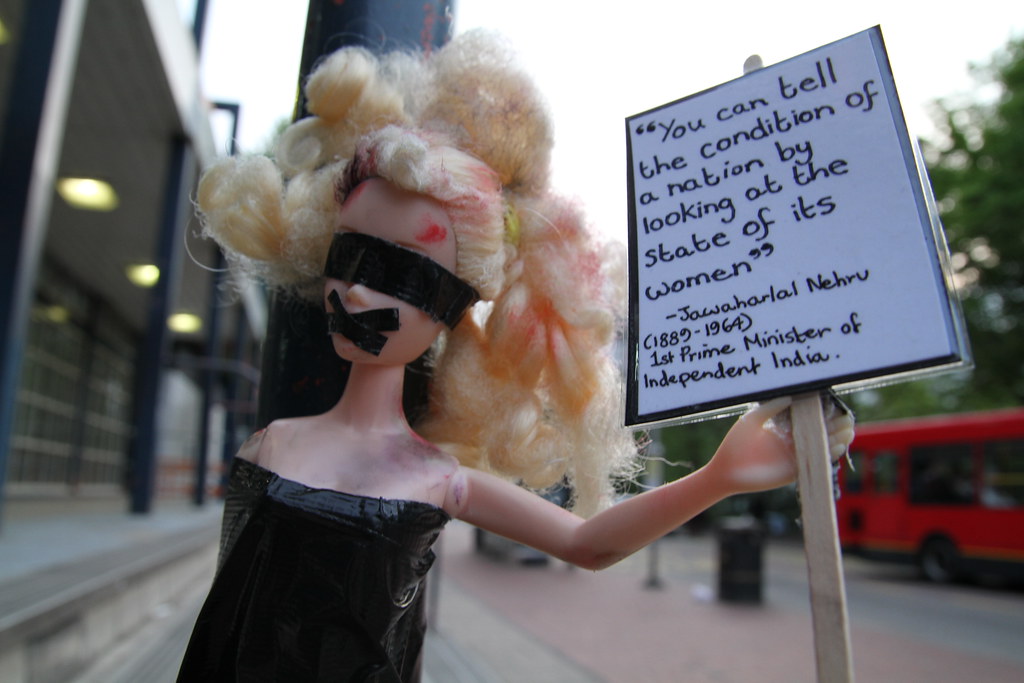 Gender equality is defined as “the state in which access to rights or opportunities is unaffected by gender”, a definition which is nonetheless open to a range of interpretations and ideological biases.

Adding substance to this basic definition, the VicHealth report incorporated a Gender Equality Scale, comprising factors which contribute to one’s attitude towards gender equality. These factors include the beliefs that “Men make better political leaders”, “Men have more right to a job than a woman”, “University education is more important for a boy”, and “Men should take control in relationships and be the head of the household”. They also include “A woman has to have children to be fulfilled”, “It’s okay for a woman to have a child as a single parent”, “Discrimination against women is no longer a problem in the workplace”, and “Women prefer a man to be in charge of the relationship”.

The highest levels of negative public attitude toward gender equality were in favour of men being better political leaders, women preferring men to be in charge of the relationship, and it being not okay for women to have a child as a single parent.

What the VicHealth report is saying is that those who have negative attitudes towards violence against women are likely to score poorly on the Gender Equality Scale, which is discomforting because some of the items on that scale are areas of debate among those who of us who critique prevailing sociocultural norms. For example, the idea that a woman has to have children to be fulfilled is false. However, it is equally false to pretend that women do not enjoy a unique form of fulfilment through having children, a fulfilment that can’t be met through other means. Having children clearly brings fulfilment to both parents, albeit in different forms as befits the differences implicit in their relationships with the child.

While gender equality is good in principle, in practice it is not always possible to separate it from other, more questionable, ideas.  There is, after all, nothing in ‘gender equality’ that requires women to put off having children for the sake of career advancement, only to find years later that they may have missed their opportunity.  Yet such outcomes may occur anyway as society over-compensates for the past rigidity of gender roles.

As far back as 1910 the British writer G.K. Chesterton attempted, in his characteristic way, to turn the typical critique of ‘narrow’ domestic work inside out:

To be Queen Elizabeth within a definite area, deciding sales, banquets, labours and holidays; to be Whiteley within a certain area, providing toys, boots, sheets, cakes and books, to be Aristotle within a certain area, teaching morals, manners, theology, and hygiene; I can understand how this might exhaust the mind, but I cannot imagine how it could narrow it. How can it be a large career to tell other people’s children about the Rule of Three, and a small career to tell one’s own children about the universe? How can it be broad to be the same thing to everyone, and narrow to be everything to someone? No; a woman’s function is laborious, but because it is gigantic, not because it is minute.

We can forgive Chesterton his lack of lived experience in childcare because the sentiment of his idea is a noble one, and one equally endorsed by ‘traditional’ families struggling to survive on single incomes, as well as by feminists keen to ensure that the predominantly female domestic workforce receives its due recognition.

But whether one is a ‘traditionalist’, feminist, or jovial 19th Century journalist, it is important to remember that critiquing a progressive orthodoxy is very different from having resisted the advances of that orthodoxy in the first place.

For those of us raised with no sense of deeply significant difference between the sexes, it is easy to forget that for a minority of the population, difference is all there is. I never met misogyny until my late teens when I discovered that some among my peers had been raised to view women as peculiarities: on the one hand enticing, on the other hand more trouble than they are worth.  Those of us keen to critique the excesses of new orthodoxies need to remember that there is an uglier sector of society which never adopted the new orthodoxy, and for whom rigid gender roles and inequality are the unconsidered status quo.

The underlying logic of a firm belief in gender roles and a failure to understand violence against women is clear and disturbing.  As the VicHealth report indicated, an expectation of rigid gender roles can lead to an endorsement of violence in situations where women are seen as ‘subverting’ or shirking their duties, or where participation in the workforce and the earning capacity this implies begins to change the balance of power between male and female in the relationship.

The expectation or implication that women ought to stay at home because this is their role and duty as women is entirely different from the recognition that mothers have unique bonding relationships with their children which are greatly enhanced if, ideally, the mother can care for the child in its early years. It’s one thing to agree with one’s spouse after considered discussion that she will care for the child; it’s quite another thing to expect that this will happen, ought to happen, because she is a woman and that’s just the way life is.

Yet from the outside the outcomes may look the same, and it may be tempting to diminish the informed decision of what is best for mother and child to the more basic predetermined gender role.  But so doing risks not only misrepresenting the nature and dignity of the informed decision, but also lending credence to people who hold a superficially similar yet markedly inferior perspective.

People can intelligently criticise and critique cultural norms without succumbing to the faults of an uncritical unintelligent conservatism. We need to be careful that in critiquing the predominant culture we do not lend strength to those whose unconsidered views are little more than prejudice.