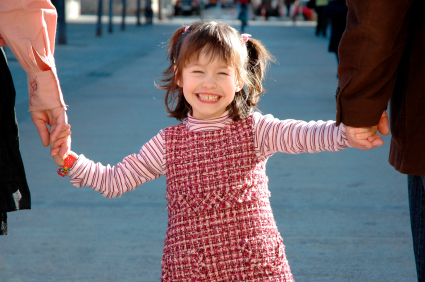 On the 21st of May, the Minnesota House of
Representatives voted 70-62 in a bipartisan majority to let the people
of Minnesota vote on a constitutional amendment to protect marriage.
Following passage in the Senate earlier this month, the amendment now
heads to the 2012 statewide ballot to be voted on by Minnesota voters. Earlier in the month Dr Jennifer Roback Morse addressed the Minnesota House, urging members to allow the citizens of the state to vote on the proposed marriage amendment. The following are the remarks she prepared for her testimony.

The essential public purpose of marriage is to attach mothers and
fathers to their children and to one another.  To see the importance of
this purpose, we must take the perspective of the child: What is owed to
the child? Unlike adults, the child does not need autonomy or
independence. The child is entitled to a relationship with and care from
both of the people who brought him into being. Therefore, the child has
a legitimate interest in the stability of his parents’ union.  But no
child can defend these entitlements himself. Nor is it adequate to make
restitution after these rights have been violated. The child’s rights to
care and relationship must be supported pro-actively, before harm is
done, for those rights to be protected at all.

Marriage is adult society’s institutional structure for protecting
the legitimate interests of children. Without this public purpose, we
would not need marriage as a distinct social institution.

Same sex couples and opposite sex couples are obviously different
with respect to this essential public purpose of marriage.  And treating
different things differently is not discrimination. That is why, in the
few cases where courts have found opposite sex marriage to be unlawful
discrimination, they have had to come up with purposes for  marriage
that have nothing to do with procreation or attaching children to
parents.

For instance, Judge Vaughn Walker, who overturned Proposition 8
in California defined marriage this way: “Marriage is the state recognition and
approval of a couple’s choice to live with each other, to remain
committed to one another and to form a household based on their own
feelings about one another and to join in an economic partnership and
support one another and any dependents.”

Under this definition, marriage doesn’t have anything at all to do
with children, permanence, sexual exclusivity or even sex itself.  Some
college roommates could call themselves married under this definition.
The essential public purpose of marriage has vanished, and has been
replaced with inessential private purposes. Instead of being a bedrock
social institution, marriage becomes nothing but a government registry
of friendships, a pointless legal convention that frankly doesn’t
deserve any government benefits or recognition at all.

But children still need to be attached to mothers and fathers.

We sometimes hear claims that studies show that same sex couples make
fine parents. The most recently reported study was in the June 7, 2010
issue of the journal Pediatrics.[1]
This study was based upon the self-reported results of an
unrepresentative sample of lesbian mothers of 78 teenagers, hardly a
sufficient data set for drawing sweeping conclusions. Yet the headlines
went around the world, “Lesbians make the best parents.”  And a 2010
survey of 80 studies admitted that there is very little evidence about
male couples as parents.[2] We simply do not have enough data to draw such strong conclusions as, “lesbians make the best parents.”

On the other side of the equation, we have mountains of data showing that children do need both their mothers and their fathers,[3] and that fathers make distinct contributions to the well-being of children.[4]
Mothers and fathers are not interchangeable. But redefining marriage
will require us to say that they are. In fact, courts are saying silly
things like, “the traditional notion that children need a mother and a
father to be raised into healthy, well-adjusted adults is based more on
stereotype than anything else.”[5] This statement by the Iowa Supreme Court in Varnum v Brien is simply false as a general statement.

But the impact of same sex parents on their own children is not the
main problem that redefining marriage presents for children. As of 2005,
an estimated 270,313 of the U.S.’s children are living in households
headed by same-sex couples,[6] less than 4 tenths of one percent of the total children in the US. [7] The more significant problem is how redefining marriage affects other aspects of the legal and social system.

Same sex marriage redefines parenthood, as a side effect of
redefining marriage.  Up until now, marriage has made legal parenthood
track biological parenthood, with adoption for exceptional situations.
The legal presumption of paternity means that children born to a married
woman are presumed to be the children of her husband.  With this legal
rule, and the social practice of sexual exclusivity, marriage attaches
children to their biological parents.

Same sex couples of course, do not procreate together. What is being
called “Marriage Equality” requires a dubious move from “presumption of
paternity” to the gender neutral “presumption of parentage.”  This
sleight of hand transforms the legal understanding of parenthood.  The
same sex partner of a biological parent is never the other biological
parent. Rather than attaching children to their biological parents, same
sex marriage is the vehicle that separates children from a parent.

But biology will reassert itself.  And in fact, in some cases,
biology already is reasserting itself. Some women who have children with
female partners find that sharing the care of their children with
another woman is not as easy as they thought it would be, and really
isn’t comparable with sharing the care with the child’s father. Some men
who agree to be sperm donors as “friends” find that they want more of a
relationship with their own children than they had anticipated.[8]
And some children are having feelings about their absent parents,
uncomfortable questions about their origins, and complex emotions about
being partially purchased.[9]

Advocates of so called marriage equality typically respond, “That’s
just biology,” as if biology were nothing. They are asking people to set
aside the natural attachment of parents to their own children, the
natural difficulties of treating another person’s child as if they were
your own, the natural desires of children to know who they are and where
they came from.  Suppressing all these feelings in all these people
will not be possible indefinitely.

In addition to all these unanticipated feelings, redefining marriage
will have far-reaching legal consequences. Courts are awarding parenting
rights to individuals who are neither biological parents nor adoptive
parents.  Let us call these people “non-parents.”  The courts, and now
even some legislatures, are giving parental rights to non-parents.
Perfectly fit parents are having their rights diminished because they
once had a sexual relationship with someone.[10]
To do this, the state must establish multi-part tests for determining
whether a person warrants the status of “de facto parent.”  The court
ends up scrutinizing the minutiae of family life to make a determination
about whether a person meets the criteria for being a de facto parent.

Let us be clear: the alternative to the biological principle for
determining parentage is the principle that the government decides who
is a parent. Instead of simply recording parentage, the state will
determine parentage, not in exceptional cases, but routinely. This is
what “getting the state out of the marriage business” will eventually
come to mean.

These are not insignificant changes. Please note that these concerns
do not assert that anyone is unworthy of marriage, do not make anyone a
“second class citizen,” and do not disparage anyone. Changing the law
of marriage changes the law for everyone, and puts incentives into place
that may affect the behavior of everyone.  Redefining marriage is a
radical social experiment.

Previous generations of social experimenters have caused unimaginable
misery for millions of people.  Particular people advocated the
policies that led to today’s 50% divorce rate and 40% out of wedlock
childbearing rate. None of these people has ever been held accountable.

The people of Minnesota are sensible mature people, who want to be
accountable for what happens in their state.  The people of Minnesota
deserve a chance to vote.  Redefining marriage will have far-reaching
consequences that ought to be fully aired.  Putting this amendment on
the ballot will allow that discussion to take place.  Let the people
vote.

Dr. Jennifer Roback Morse is founder and president of the Ruth
Institute, a project of the National Organization for Marriage. She is the mother of an adopted
child and a birth child. She and her husband were foster parents in San
Diego County for three years.

[2] “How does the gender of parents matter?” by Timothy Biblarz and Judith Stacey, Journal of Marriage and Family
72 (February 2010):3-22. “Comparable research on intentional gay
fatherhood… has scarcely commenced…We located no studies of planned gay
fathers that included child outcome measures and only one that compared
gay male with lesbian or heterosexual adoptive parenting.” Quote at page
10.

[3]
Among the many citations that could be given, “Why Marriage Matters: 26
Conclusions from the Social Sciences,” (NY: Institute for American
Values, 2005), summarizes some of the most important research.

[4] See David Blankenhorn, Fatherless America: Confronting Our Most Urgent Social Problem,
(New York: Harper, 1996) for the general overview of the issue. In one
study, for instance, father involvement with children was the biggest
single predictor of having fewer behavior problems, as important as
higher parental education. See “Parental Involvement and Children’s
Behavior Problems,” Paul R. Amato and Fernando Rivera, Journal of Marriage and the Family, Volume 61, No. 2 (May 1999), pp. 375-384