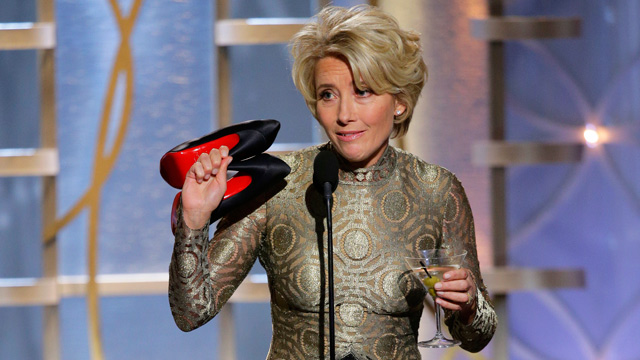 Anyone with access to media would be aware that on Sunday night, the annual Golden Globe awards took place at the Beverly Hilton. Since then we have been inundated with lists of the winners, best and worst dressed lists and repetition of those ever-present tasteless moments. It gets me thinking – what’s the point? Or at least, how far gone from the original “point” have these award ceremonies strayed?

I assume that award events like the Golden Globes started as a way of commemorating talented actors and actresses, and acknowledging quality cinema. According to the official Golden Globes website, it was created as “yearly recognition of excellence in moviemaking” and sought to emphasise distinguished achievements in the industry. That seems like a good and worthy cause, I think.

These days? You’ve got to admit, it’s a bit of a laughing stock. Sure, actors and actresses get recognised, but there’s so much else going on that it’s easy to overlook those moments of the night. The full list of winners is released on all your news outlets, but everyone’s so busy scanning the best and worst dressed lists that they probably wouldn’t notice (yet another reflection of our culture getting distracted from talent by concerns with image). Not to mention that too many acceptance speeches serve to make a mockery of the event – often comprising targeted insults, or as we saw this year, one actress strolling onto the stage with her shoes in one hand and a martini in the other.

What else comes up when checking out the event coverage? There are the articles that document the “real winners” of the night, such as Biggest Speech Bomber, Best Inappropriate Presenter Introduction and Best Brooch, Male (Usher, in case you’re wondering). You’ve also got the celebrities that are shutting down their social media critics, care of a witty Tweet. And of course there are the reviews of the MCs, and whether they pulled off the inappropriate jokes this year or took things one step too far.

One article termed the event “a beautiful mess”, and maybe that’s what it was. Yes, it was entertaining, but I do think it’s a bit sad that we tune in to watch the antics and putdowns of intoxicated celebrities rather than to acknowledge talented cinema.