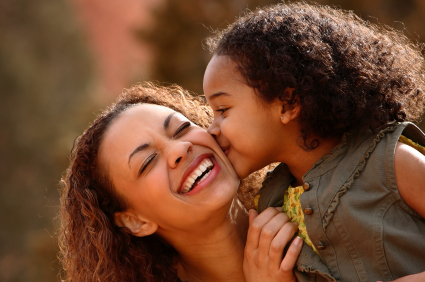 In a happy piece of news, a study by the Pew Research Center reveals that more moms are staying at home to care for their children.

Reports NPR, “After decades on the decline, the number of ‘stay at home’ moms in the U.S. has risen, with 29 percent of women with children under 18 saying they don’t work outside the home . . . up from 23% in 1999.”  While immigrant moms, young moms, and those with a high-school education or less are most likely to forego work outside the home, some mothers also say the bleak economy has made the decision for them.  The study notes that 60% of Americans believe that “children are better off with a parent home.”

And those 60% of Americans would be right.  Kids whose moms work outside the home tend to have poorer health and higher rates of obesity than those with stay-at-home moms.  Indeed, stay-at-home moms are so important to their children’s early development that we can only hope that the number of such mothers continues to rise.

The New Research – No substitute for a mother’s care

Whether advocating for universal preschool or more daycare subsidies, interest groups at both state and federal levels seem intent on pushing preschool-aged children out of the home and into institutional settings. Yet the research continues to raise red flags about the merits of maternal substitutes during early childhood. Indeed, a study by social-work professors at the University of South Carolina finds a robust correlation between negative social outcomes and child enrollment in all formal pre-K settings.

Mining data from the Early Childhood Longitudinal Study–Kindergarten Cohort, the South Carolina researchers explored the relationships between different types of early-childhood care experiences—including informal care, daycare, Head Start, and prekindergarten—and seven measures of school-readiness at the start of kindergarten. Not all the outcomes related to non-parental care were negative. Relative to their peers who received parent-only care, children with one year of prekindergarten scored significantly higher in both measures of cognitive outcomes (reading and math scores).

Children who were placed in formal care settings at earlier ages also enjoyed, to a lesser extent, better cognitive outcomes, but the researcher’s full statistical model found that the effects of one year of prekindergarten “substantially” mediated these more modest effects. Moreover, the general pattern did not apply to children enrolled in Head Start, who scored significantly lower on the two cognitive measures than did children who stayed at home with Mom.

These qualified outcomes of cognitive measures, however, were overshadowed by negative and more significant effects of all kinds of pre-K care settings outside of the home, including prekindergarten and Head Start, on the social and emotional outcomes of children. What’s more, the study found that the earlier a youngster is committed to daycare, the more negative the effects.

While the researchers find the robust negative relationship between early daycare and school readiness troubling, acknowledging “a potentially detrimental outcome,” they ironically suggest that daycare “per se” may not be the problem. They stubbornly hold out hope—against all the evidence of their study and others’—that future research might uncover “aspects of early care, as it is currently delivered in the United States, that could be changed to enrich the experiences and development of infants and toddlers.”  If they were serious about the needs of little children, they would realize that enriching early childhood experiences demands more time with Mom, not less.