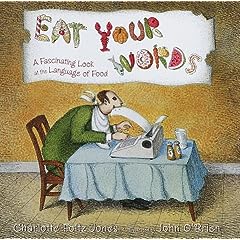 The New York Times editors have had to eat their recent words dismissing abstinence education as a “narrow, ineffective and fundamentally dishonest approach” not worthy of federal funding or, by implication, any funding whatsoever.

In an editorial acknowledging the important new study showing clearly the greater effectiveness of abstinence-only education compared to other approaches or none, the Times has to concede:

The only program that successfully delayed the start of sexual activity was the abstinence-only instruction. By the end of two years, only a third of the abstinence-only group had engaged in sexual intercourse compared with almost half of the control group.

Predictably the paper, which has an irrational faith in the effectiveness of teaching teenagers to use contraception, makes it’s concession a grudging one, sniping at abstinence advocates for making too much of one study, “misreading” its implications and trying to promote programmes with an ideological agenda about marriage.

This is because one of the criteria for federal funding has been that the programmes must teach abstinence from sexual activity outside of marriage as the “expected standard” for all school-age children. Well, why not? Where is the well-designed, rigorous study that shows this is less effective than other approaches? Most of the much-touted studies in recent years purporting to show that abstinence-only education does not work are reviews of other studies of widely varying design and quality.

And what about the ideological agenda against marriage, hmm? How many hundreds of years is it since marriage was the accepted context for sex? Only 50 years, you say? Only since the Times editors were, um, teenagers? Golly. Maybe they are all getting Alzheimer’s.