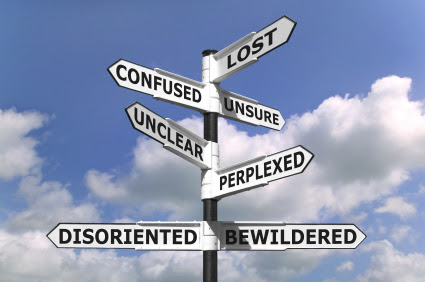 Even a fungus living under a rock would probably not have escaped exposure to the Great Marriage Debate that is going on at the moment. From the point of view of the fungus, however, it would be a perplexing scene. It would see a tremendous argument going on about access to a public institution which would seem to be about as reliable as a Sydney bus timetable. You might even compare it to passengers squabbling over who gets a seat in the electric chair.

With around a third of marriages in Western countries ending in divorce and an increasing number of people not even bothering with marriage, it is not surprising is that we are seriously questioning the significance of marriage. What is surprising is that the right to get married has simultaneously become a global human rights issue.

There are those who doggedly stick to the idea that marriage is a “voluntary union for life of one man and one woman, to the exclusion of all others”. There is some implication here that marriage has a reproductive significance and that it is somehow good for society to encourage men and women to get together on a permanent basis and to raise children together.

Then there are those who want the definition of marriage to change to something like “the voluntary union for life of two people, to the exclusion of all others”. In other words, the real significance of marriage is the love and emotional attachment between two people.

At this point the lowly fungus may become more confused. It could be excused for thinking that this was an incredibly narrow debate about a much bigger issue. It might even suggest that the view from under its rock was broader than the perspective offered here.

The fungus is usually asexual, but let’s say it made a study of our reproductive ways. This assiduous fugus, now acquainted with the relatively brief history of humans, would see that under either definition, marriage would remain the monolithic institution it has been in the past. But it would see that contemporary society gives priority to diversity, choice, and convenience. So what was needed was an understanding of marriage that would apply these ideals to human relationships.

Acquiring a basic understanding of human law, the fungus would realise that what was needed was a much more flexible Marriage Act, or acts, that enabled humans to form marriage contracts suitable to their circumstances. The fungus, being a political animal, might come up with its own modest proposal for marriage, aimed at accommodating all sides and more in keeping with the brave new world it sees around it. The Marriage Choices Act 2012 would include:

Choice A (Classic Menu): Marriage unit formed by a voluntary union for life of one man and one woman, to the exclusion of all others.

Choice B (Temporally Delimited): Marriage unit formed by a voluntary union of one man and one woman to the exclusion of all others for a limited period (from days, perhaps even hours, up to years) with provision for renewal at the expiry of an agreed time. This choice should also explore temporally recurrent options (weekends only, during summers only, etc.) There is provision for this kind of marriage in Shia Islam, I believe.

Choice C (Spatially Delimited): Marriage unit formed by a voluntary union of one man and one woman for life to the exclusion of all others, with effect within a particular location, be it city, state, territory or country — the “girl in every port” option. For legal purposes it would of course be preferable if these locations be already legally circumscribed. Choice D (Choices Plus): A mutually agreed upon combination of B and C above.

Choice E (Gay Marriage): Marriage unit formed by a voluntary union for life of two persons, to the exclusion of all others.

Choice I (Free For All): Any of the above, removing the provision “to the exclusion of all others”.

The last, admittedly, would be be the most controversial of the choices listed. But our fungal friend would realise that words such as “polygamy” and “polyandry” are pejorative only in the context of a culture in which lifelong heterosexual monogamy was the enforced norm. And that is not a culture the fungus would have us return to.

The benefits of the Marriage Choices bill go further than the promotion of choice and flexibility within marriage. By defining marriage as a contract of emotional commitment, sex and children become purely extraneous. They will be matters to be resolved, if necessary, between the marriage unit and its lawyers. There would be no legal objection to so-called “open marriages”, nor to the procurement of children (whether in vivo, in vitro or otherwise) outside of the marriage unit. For the asexual fungus, what do sex and children have to do with emotional commitment?

Certain things, however, would strike a being so close to nature as self-evident. Scientific reasons alone would preclude a marriage unit formed by closely related parties. It would find common sense reasons for rejecting the obviously facetious suggestion of Sneaky Sound System lead singer Connie Mitchell: “If you want to get married, you should be able to get married to whoever you want – and that includes marrying a goat if you feel like it.”

Our clever fungus may take some time to come to terms with our modern concept of “discrimination”. It would obviously attempt to eliminate any source of discrimination in the legislation itself, referring to marriage “units” rather than “couples” and perhaps listing the choices in a less hierarchical way (a, alpha, alef, etc.)

Appropriate laws would dissuade other forms of discrimination and any that persisted might be fairly hard to remove. If choice and diversity is what we want we might just need to live with it.

If we then protested that financial institutions, adoption agencies, and double bed salesman discriminated against marriage units based on their marriage choices, the fungus may well throw up its hands and crawl back under its rock. Never again would it complain about its asexual existence.

Phillip Elias is a Sydney doctor. He is a board member of the New Media Foundation which sponsors MercatorNet.

none More by Phillip Elias