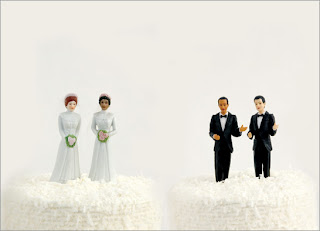 About a hundred years ago, G.K. Chesterton wrote an essay “On Evil Euphemisms”, which opened with these words “Somebody has sent me a book on Companionate Marriage; so-called because the people involved were not married and will rapidly cease to be companions”.

And later, “When someone wishes to wage a social war against what all normal people would have regarded as a social decency, the first thing he does is to find some artificial term that shall sound relatively decent. He has no more real courage than the ordinary advertiser has the courage to advertise ale as arsenic”.

It would seem that not much has changed in the past century regarding the inability to see a disaster looming before one’s eyes.

The British Prime Minister, David Cameron, while effusively congratulating himself on achieving the legalisation of same-sex marriage there recently, claimed his victory as a triumph for “commitment”, as though this was some novel development so lacking among marriage partners until now that he wants to export it to the rest of the world.

Opinion polls, essentially being devices for testing community political views, discover what people think but can say nothing about how or why they  reached their decisions. A Gallup poll in the US on same-sex marriage last week included these two stark sets of contrasts: Catholics 60% in favour, Protestants 38% in favour, and  non-church goers 67% in favour, weekly attenders 23% in favour.

With no apparent awareness that they were probing the depths of banality beyond belief was Betty Crocker, the US cake company, which could only see married homosexuals as a profitable new group of potential customers to be targeted in future.

Most of those who want same-sex marriage legalised, and see the need to make a rational case for it, rely chiefly on two arguments, namely that there is a right to such a marriage and that they are discriminated against by the present position. No right for two members of the same sex to marry is found in any recognised document of human rights and valid human rights cannot be established by simple claim or assertion.

The Court of Human Rights in Strasbourg last year issued a judgement saying that the European Convention on Human Rights “does not require member states’ governments to grant same-sex couples access to marriage” and that this is not a question of discrimination or human rights.

Article 16 of the 1948 UN Universal Declaration of Human Rights provides that men and women have the right to marry and found a family but it would be very rare for a child adopted by a same-sex couple to have any likelihood of being raised by both its mother and father. (Sperm donors have been known to father more than one hundred children).

Article 18 of the 1989 UN Convention on the Rights of the Child provides that “both parents have common and primary responsibilities for the upbringing and development of the child and the best interests of the child is to be their basic concern”.

Depriving a child of relationships with his or her parents is an injustice to the child, and should not be inflicted without some compelling or unavoidable reason. The child’s rights to care and relationship must be supported pro-actively, for those rights to be protected at all.

Marriage is adult society’s institutional structure for protecting the legitimate interests of children. Without this public purpose, marriage as a distinct social institution would not be needed. Same sex couples and opposite sex couples are obviously different with respect to this essential public purpose of marriage.

Treating different things differently is not discrimination or intolerance. That is why, in the few cases where courts have found marriage restricted to opposite sex couples to be unlawful discrimination, they have had to come up with purposes for marriage that have nothing to do with procreation or attaching children to parents. Arguments commonly frame the gay marriage debate solely in terms of the emotional needs of adults, ignoring the child’s point of view

Instead of the marriage of a man and a woman being a bedrock social institution for the best chance of the creation of a nation of stable, mature and responsible citizens, as it has been since the earliest times of recorded history, a task that can occupy several decades for each individual, same-sex marriage would become nothing but a government registry of friendships, a pointless legal convention that frankly doesn’t deserve any government benefits or recognition at all.

Since homosexual couples now enjoy equality with male-female couples in every way short of traditional marriage, it is appropriate that their valid entitlement stops there, because the demands of adults must end where the birthright of a child begins.

Brian Pollard is a retired palliative care specialist in Sydney.

none More by Brian Pollard