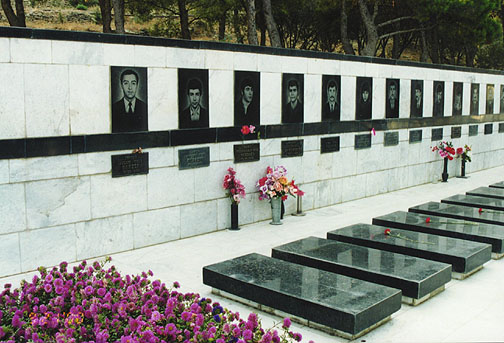 Twenty years after the fall of the Berlin wall
and the collapse of eastern European communism, international commentary has
focussed on what these events meant for the spread of democracy and the
disintegration of the authoritarian regimes modelled on the Union of Soviet
Socialist Republics (USSR). Such attention is merited: 1989 marked not just the
fall of half a dozen or so communist ruling parties, and the onset of the the
Soviet Union’s own end of two years later, but also a massive
ideological shift in the world. The end of European communism marked the end of
the cold war, but also of the sustained radical challenge to western liberal
capitalism that had been a force in world affairs since the French revolution.

It also marked a major change in international
relations at a more regional and national level. For in a range of continents
and countries, hitherto intractable solutions, generated or at least
accentuated by the cold war, came to some kind of resolution: in Cambodia and
East Timor, South Africa, Namibia and Angola, Iran and Iraq, El Salvador and Guatemala (to name but some), Mikhail Gorbachev’s “new thinking”, and an increased willingness
of the United States to help broker deals, led to a wave of peace initiatives,
many of which have lasted.

However, as the world commemorates the
democratic, east-central European 1989, and the peace agreements of what was
then still widely known as the “third world”, it is important to recall other
transitions that coincided with these events and which followed, as inexorably as the fall of the Berlin
wall, from the collapse of Soviet power. Three of these, in particular, merit
attention, for two reasons: by placing 1989 in a global perspective they force
recognition of other, less liberal and less welcome, outcomes of the Soviet retreat; and the consequences
of these events are very much alive today.

A
crisis of state

The first such process was the crisis of state
power in a range of multinational countries. The breakdown of central
authority, and the rise of nationalism in Europe and in parts of the “third
world” associated with communism’s demise, led in four countries to the very
break-up of the state (and, in three of the four cases, to brutal and bloody
wars). The four countries so affected were Czechoslovakia, the Soviet Union,
Yugoslavia and Ethiopia.

In the Czechoslovak case, the divorce of the
Czech Republic and of Slovakia, in January 1993, took place without a single
shot being fired. The Slovaks wanted independence, the Czechs,
somewhat reluctantly at first, agreed. (“We threw them out like an unwanted
lover”, the Karel Schwarzenberg (later foreign minister) flamboyantly told
me. “We gave them some money to buy clothes, and, when they were out of the
house, changed the locks and threw their clothes into the street”.

In the other three cases, a very different
story prevailed. In the USSR, the finale of 1991 was not, in the main, caused
by nationalist revolt or by overt and violent challenge to the communist state.
There had been fighting in the south Caucasus, between Armenians and Azeris,
since 1988, and fourteen Lithuanian citizens were killed in January 1991; but as a result of the restraint shown by
Mikhail Gorbachev and the shrewd caution of the nationalists themselves, the
USSR – in an example of peaceful imperial and state demise almost unique in
history – disappeared almost without bloodshed. Overnight, and in some cases
without much antecedent nationalist mobilisation, fifteen new post-Soviet
states emerged.

The consequences of independence were, however,
not so benign. In the Armenia-Azerbaijan case, independence for both in late 1991 led
to a bloody war that lasted to 1994, killed thousands of people and displaced
up to 200,000 refugees, mainly Azeris. Elsewhere, in central Asia, new
inter-regional and inter-clan wars broke out, most notably in Tajikistan, where a civil war lasted from 1992-97.

In the other two cases, the consequences were
even worse. Yugoslavia had been a multi-ethnic state first formed after the 1914-18 war and reconstituted by Tito in 1945; in the
early 1990s a variety of short-sighted and callous nationalist politicians –
prime among them Slobodan Milosevic of Serbia, but abetted by Croat and Bosnian
counterparts – drove the country into three years of war in which 200,000 died.
The result was the fragmentation of the hitherto reasonably successful and
decent post-socialist state of Yugoslavia and a cascade of hatred,
petty-mindedness and ethno-stubbornness that still plagues the remnants of that
country. The former Yugoslavia is now composed of six new states, of which only
Slovenia can seriously be included among the
democratic camp that emerged in central Europe in 1989.

Often forgotten, but in the end most bloody of
all, was the case of Ethiopia. Here there had been war for thirty years between
the central government in Addis Ababa and the guerrillas of Eritrea, a former Italian colony annexed
by Ethiopia (with United Nations connivance) in 1952. The Eritrean guerrillas,
on grounds of history, popular will and commitment to the cause had more than made
the case for independence. And, when the regime of the former Soviet ally Colonel Mengistu Haile Mariam crumbled in 1991 – as an almost direct result
of the suspension of Soviet arms-supplies – the new rulers of Ethiopia – born
of a guerrilla movement the Eritreans had earlier supported – granted
independence.

However, the militaristic and chauvinist
habits of the years of struggle inbred on both sides did not die. In 1998,
following a squabble over some useless land along their border, the two states plunged themselves into a border war in which an estimated
hundred thousand people died. Today, the problem remains unresolved, and
potentially explosive. Eritrea, a country that has seen more than its share of
suffering, has the highest percentage of its population under arms of any in
the world.

A
move to kleptocracy

The second major consequence of the collapse
of communism, one masked by rhetoric about a “triumph of democracy”, was the
transformation of former communist parties into new, privatising ruling elites.
The liberal-democratic pattern presaged in Berlin can now, twenty years on, be
said to encompass some dozen European states (including the three Baltic countries); but the transformed authoritarian model,
where the old party leadership has held on to power, is more than twice that
number: it encompasses twelve of the fifteen former Soviet republics (with
Russia as the model leader), four states in east Asia (China, North Korea,
Vietnam, Cambodia), Cuba, and a range of former pro-Soviet (what in communist
terminology were “socialist-oriented”) states across the world.

In some of the last category of states a
semblance of former radical rhetoric can be detected (North Korea, Cuba, Syria,
Libya, Algeria, Nicaragua, joined by newcomer Venezuela); in others (Burma,
Angola) no such pretence is sustained. What they have in common, however, is a
transition that bears little relation to the democratic change associated with
the European 1989; this coincides very little with the indulgent treatment many
of these states have received from western governments, and too many academics,
who view them through the prism of a “transition” process.

There has indeed been a transition, but it is
less towards liberal democracy than towards a political system based on
corruption and embezzlement – in effect “kleptocracy”. These are cases not of a
“new politics” in central Europe but of a new, post-communist and in large
measure post-ideological authoritarianism, in which the old elites retain power
but in apparently transformed, or more accommodating, mode. Hence, in terms of
numbers of states involved, let alone in terms of the populations these states
control, the most important global political consequence of 1989 was the
reconfiguration, amid often mendacious talk about free markets and free
elections, of the old communist elites.

A
time of anarchy

The third consequence of 1989 and of the
associated demise of the USSR is the most ominous, and perhaps the least noticed.
This is the collapse of state power and the advent of violence and anarchy to a
swathe of countries (in central and west Asia, and in northwest and west
Africa) where the cold war, and authoritarian socialist rule, had maintained
some degree of order.

The focus of western policy on Islamist
terrorism, and the ensuing wars in Afghanistan and Iraq, has led many to date
these interrelated crises from 2001, and the 9/11 attacks. However, the crisis
of state power, and the spread of Islamist, regional and tribal violence across
this strategic belt goes back much further. This dissolution of state power is
closely linked to the demise of Soviet influence and the breakdown of
authoritarian, but in their way effective, state systems that Moscow had
supported.

The Soviet withdrawal of its troops from
Afghanistan in 1989, and, even more so, the suspension of Soviet aid to Kabul
after the failed coup of August 1991, had momentous effects: the end of the
communist regime of Mohammad Najibullah, and then in 1996 the coming to power of the
Taliban. The first Islamist attacks on New York were planned for 1993. In Yemen, the surrender of the former
pro-Soviet regime in South Yemen to the North in a unity agreement of May 1990
(encouraged by Gorbachev) was followed by a civil war in 1994 that the North
won; this paved the way for the upheavals that today make Yemen a semi-chaotic
and violent state, riven by Islamist and other groups.

Across the Red Sea in Somalia, it was the overthrow of formerly
“socialist-oriented” dictator Siad Barre in 1991 which set the country on a course of internecine war and state disintegration.
Such a degeneration is matched on the western side of the African continent
where the state of Guinea-Bissau, the land of Amilcar Cabral and, in the 1970s, one of the most prominent
cases of “African socialism” is now a major conduit for Latin American drugs
being transported to Europe.

The case of another former authoritarian
state, Iraq, should also be recalled here. This too is a former
“socialist-oriented” state that is now, as a result of a western military
occupation that would have been inconceivable in the days of the cold war, a
byword for violence and instability. The state was most certainly brutal and
authoritarian, but a semblance of order and intercommunal peace prevailed.

Moreover, the confrontation with the United
States that exploded in the war of 2003 was a direct consequence of events at
the end of the cold war: Saddam Hussein calculated, in the wake of the European
communist implosion of 1989, that there would be pressure on him to reform and,
to consolidate his position, invaded Kuwait a few months later, in August 1990.
It was the strategic upheaval in Europe, and the end of constraints which the
cold war had till then maintained on the Gulf region, that initiated Iraq’s
protracted, and ultimately fatal, confrontation with Washington.

All in all, the emergence, from central Asia
to west Africa, of a range of violent and often anarchic states is to be
counted among the consequences of the collapse of Soviet power. As with the
other two strategic consequences mentioned, the fragmentation of formerly
multiethnic states, and the transformation of communist elites into new
kleptocracies, these processes too must be included in the balance-sheet of
1989. It is not, entirely, a happy picture.

Fred Halliday is ICREA research professor at IBEI, the Barcelona
Institute for International Studies. He was formerly professor of international
relations at the London School of Economics. Among his many books are The
Middle East in International Relations: Power, Politics and Ideology (2005) and 100
Myths about the Middle East (2005). This article has been reproduced from openDemocracy.net under a Creative Commons licence.

none More by Fred Halliday