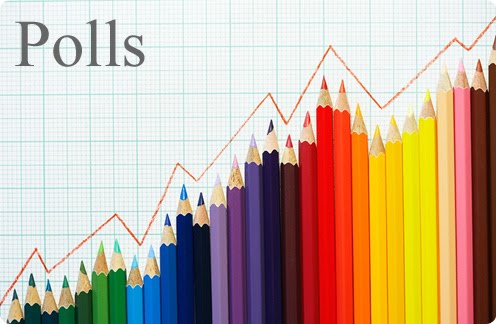 Defenders of the institution of marriage would be foolish to ignore the readings they are getting about the growing support for gay-marriage across the United States. While voters – when the actually go out to vote – are still very strong in their support for marriage as it has always been understood, the latest polls show that this support continues to lose ground to those in favour of allowing gay civil unions to be designated as marriages. They clearly have a fight on their hands. Even if Mitt Romney defeats Barack Obama in November’s election – as polls now indicate that he might well do – they will still have to struggle to convince the majority of the nation that if the term “marriage” ceases describe the conjugal bond between a man and a woman it will become virtually meaningless.

An Associated Press analysis of the situation points out that while the polls say one thing about public opinion on the issue, the voting results across the majority of states shows another. This is a bit of a puzzle for everyone but the gay lobby is reading it as an indication that time is on their side and that victory for them is inevitable.

Poll after poll shows public support for same-sex marriage steadily increasing, to the point where it’s now a majority viewpoint. Yet in all 32 states where gay marriage has been on the ballot, voters have rejected it.

The article traces this phenomenon across a number of battlegrounds – like California, where the result from the original Proposition 8 referendum overturned a law passed by the State legislature. This was against all the odds which the pre-vote polls were showing.

It’s a paradox with multiple explanations, from political geography to the likelihood that some conflicted voters tell pollsters one thing and then vote differently.

A Washington Post-ABC News poll released on Wednesday of last week reported 53 percent of those questioned saying gay marriage should be legal. That is a new high for the gay lobby, while 39 percent is a new low for the heterosexual marriage side. But the poll questioning could be considered loaded in that people were not being asked simply how they thought marriage should be defined. They were asked if they wanted to make marriage between same-sex couples illegal.

The AP article quotes the observation of political consultant Frank Schubert, a leading strategist for campaigns against same-sex marriage in California and elsewhere, who says that such polls are misleading and he asserted that same-sex marriage would be rejected if a national referendum were held now.

“The pollsters are asking if same-sex marriage should be legal or illegal, and that phrasing is problematic because it implies some government sanction against same-sex couples,” Schubert said. “People want to be sympathetic to same-sex couples, so polls that use that language aren’t particularly useful.”

The more useful question, Schubert said, is whether marriage should be defined as the union of a man and a woman — the gist of the constitutional amendments approved in 30 states.

“If you ask that question, you get strong majorities,” Schubert said.

In November four states are going to the polls on this issue and Maine in particular will provide a revealing test for the pro-marriage camp. If they can maintain their current emphasis on the institution itself and avoid at all costs what might be considered an anti-gay slant – which their opponents will inevitably insist is endemic in the pro marriage campaign – they might manage to reverse the trend seen in the polls and hold the ground they gained when the prevented the state passing a law redefining marriage in 2009. In that vote 53 percent of the voters overturned a law that would have legalized same-sex marriage.

The issue is back on Maine’s ballot for Nov. 6, with voters getting another chance to approve same-sex marriage. Schubert, who is advising gay-marriage opponents in Maine, depicts it as the toughest contest for his side among the four state-wide elections on the issue in Autumn.

Is the flow of this current reversible? Phyllis Watts, a consulting psychologist from Sacramento, Calif., who has studied these trends, believes a state-wide vote in favour of same-sex marriage is likely to come soon. But she suggests that any particular poll should be viewed with caution.

“People are in a fluid state around same-sex marriage. They really can feel one way one day and another way another day,” she said to AP. “I don’t think the polls are able to track, with a level of nuance, what’s actually occurring inside people’s hearts.”

More importantly, perhaps, inside their heads. Because if the pro-marriage camp is going to win this one it must keep working on the common sense and rational arguments about why redefining marriage out of existence might be a very, very bad idea.