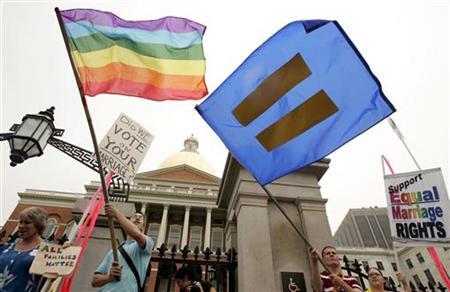 The Bishop of Portland in the US state of Maine is perhaps taking a leaf out of Archbishop Rowan Williams’ book when he decided to by-pass the whole gay-marriage legislation battleground and take the war to the cultural front.

Last week Williams was warning church leaders in Geneva that while law must prohibit publicly abusive and demeaning language, it must secure institutions that do not systematically disadvantage any category of the community.  Laws, he said, were not the best means of dealing with perceived stigmas or marginalisation for some people. Issues like that, he believed, “have to be addressed at the level of culture rather than law, the gradual evolving of fresh attitudes in a spirit of what has been called ‘strategic patience’ by some legal thinkers.

Bishop Malone of Portland has set out to do just that with regard to marriage and society’s understanding of it. Rather than go on banging the drum of how gay marriage is not marriage and that the insistence on  it as a “right” by gay people is a misguided pursuit, he has set out on the utterly positive track of defining what exactly marriage is. In other words a “strategic patience” approach is being adopted by which the cultural understanding of marriage is refreshed, cleaned up and scoured of all the barnacles which have attached themselves to it over the centuries and the last one in particular. In his pastoral letter to the Catholics of the State – and to anyone else who wishes to read it – he defines marriage, points out its essential characteristics and all the good which flows from it. Then he leaves them to do what they think best in dealing with the issue of legislation.

The consequence of this is, as reported in The Portland Press Herald, that the Roman Catholic Diocese of Portland will take no active role in the campaign against a same-sex marriage proposal that’s expected to be on Maine’s ballot in November, Bishop Richard Malone announced Friday.

Instead, the diocese will expand an educational program to better inform church members about the qualities and benefits of marriage between one man and one woman.

Malone issued a pastoral letter on marriage Friday that will be used extensively to teach 185,000 Roman Catholics in Maine about the gift of traditional marriage and the need to preserve it.

“We are going to ask them to reconsider their understanding of what marriage is,” he said during a news conference Friday afternoon.

Malone said he and other church leaders “haven’t done a good job” providing such instruction to members, so many Catholics aren’t informed about the “true nature of marriage.”

The largely in-house initiative represents a significant departure from the major role the diocese played in supporting a successful referendum against gay marriage in 2009.

The diocese contributed more than $500,000 to that $3.8 million campaign, and its public affairs director took a leave of absence to lead the effort to overturn a state law allowing same-sex marriage.

This time, Malone said, the diocese won’t take up special collections, buy TV ads or contribute staffers to a political campaign against same-sex marriage. It will leave it to Catholics in Maine to decide whether to give to the campaign.

The bishop’s letter, published as a report on glossy paper, explains “the fullness of marriage” using Bible passages, “2,000 years of Christian teaching” and “reason and natural law.”

Malone said the diocese doesn’t want to impose a law or belief on anyone, but it does want to make the church’s position known and contribute to the public debate over the push to redefine marriage.

“It’s our constitutional right to make our voices heard,” he said.

The pastoral letter will be distributed through Catholic schools and churches across the state, posted on the diocesan website and published in its Harvest magazine in May. It also will be the subject of church discussion groups and radio broadcasts.

Malone said the information is meant for parishioners, “but we’re hoping the message gets out beyond.”

He said the educational initiative will be covered by the church’s education budget, and that no funding has been dedicated to the effort. He said he didn’t know how much it cost to publish and distribute the pastoral letter on marriage.

Brian Souchet, of Bishop Malone’s office, said they are taking the long view in their effort to preserve traditional marriage. The educational program is aimed at one-quarter of active Catholics in particular, who “don’t quite get” the church’s teachings on marriage.

“No matter what happens in November, this issue isn’t going away,” Souchet said. “We need to keep teaching as a church. To continue to just fight the November battles is short-sighted.”