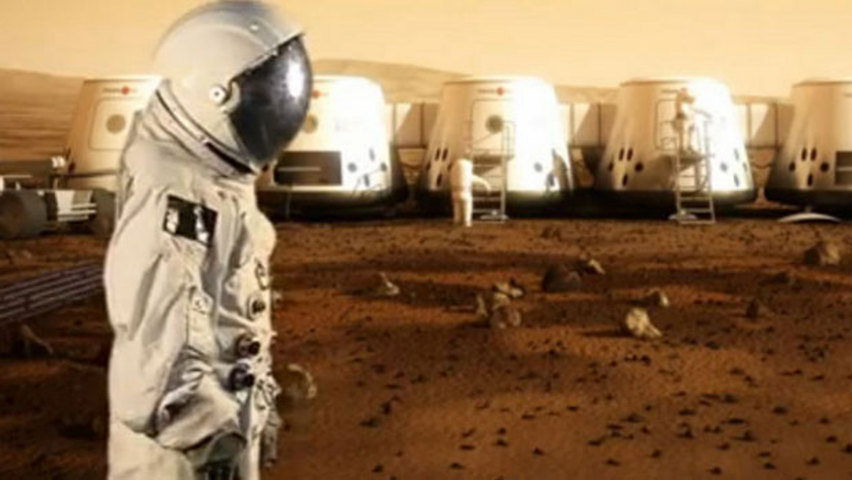 Reality shows on TV claim to present life as it happens. Never mind that the kind of life that happens on these shows is something that most of us would pay money to avoid: getting tossed into a wilderness with next to nothing to live on, or being expelled from the show altogether by a vote of your peers. But reality shows continue in various forms to be one of the more popular TV genres.

A Dutch nonprofit startup called Mars One is planning a reality show that is literally out of this world. The organization’s plan is to send four astronauts—two men and two women—to Mars by 2025, that is, eleven years from now. And they plan for their main source of revenue to be fees charged by the outfit for continuous media coverage of the entire venture.

Did I say anything about bringing the astronauts back? No, and neither does Mars One. From the get-go, the organization’s plan has been to get their stars to Mars, and after that, well, they knew what they were getting into, didn’t they? And there’s always phone calls—with a seven-minute one-way delay. Despite this, er, disadvantage, about 200,000 people have reportedly expressed interest in being selected for the first trip. As of last May, Mars One had culled the list of prospects down to about 700 lucky (or unlucky, as the case may be) people. Eventually it will have to be cut down to a few dozen or so at most who will undergo the planned seven or eight years of training, which has to commence no later than 2016 for the project to keep on schedule for the launch in 2024 (it will take over a year to get there).

The Mars One website has that characteristically Dutch tone of modesty combined with a tolerance for things that other cultures consider beyond the pale. It may be no coincidence that the same country harboring Mars One is also where euthanasia has made its biggest advances. And as far as living on earth is concerned, the Mars One trip would be just a long-drawn-out, televised, technologically implemented end to your earthly existence.

In a way, there’s nothing new about Mars One’s invitation to become famous and historical at the price of never being on earth again. In wars and disasters, individuals have at various times chosen to throw away their lives with a vanishingly small chance of survival, in order to achieve a greater good. Japanese fighter pilots flew suicide missions in the closing days of World War II. Arland D. Williams, Jr., one of only six survivors of a plane that crashed into the Potomac River on January 13, 1982, repeatedly handed lifelines to the other survivors, only to drown when the plane’s wing he was standing on sank. But rightly or wrongly, these people were sacrificing their lives for a cause greater than themselves.

What is the comparable cause that Mars One is proposing to achieve, at the price of its passengers’ lives? Whatever it is, 200,000 people around the world at least considered it worthwhile enough to apply.

National glory doesn’t seem to be much of a motive. Mars One is probably the most extreme existing example of the turn toward private space ventures that began about a decade ago. When space exploration was something so difficult that only governments could afford it, those who volunteered and went through the arduous training and took great risks—and those who lost their lives, too—had the satisfaction of knowing that their actions were on the behalf of the United States, or the USSR, or (more lately) the People’s Republic of China. During the space race of the 1960s, being an astronaut was a way of fighting the Cold War by other means. But the Mars One venture has a deliberately international tone to it, and I suspect that most of their applicants consider themselves mainly citizens of the world, rather than of the particular country where they happened to be born.

What if Mars One barely manages to get their first folks on Mars and then runs out of money? Even the most debauched reality-TV shows up to now have not proposed to show us live scenes of slow starvation, but that’s what we’d be dealing with. What would the dying colonists be thinking?

There are precedents for this sort of thing, after all. We can look at the record left behind of a man who knowingly ventured on a risky expedition that turned out badly: Robert Falcon Scott. In 1912, his team was the second in history to reach the South Pole, after Roald Amundsen. A few weeks later, after his team consumed the last of their provisions, Scott was the last of his five-person party to die of cold and starvation. Knowing what was coming, he left a “Message to the Public” which reads in part:

“We took risks, we knew we took them; things have come out against us, and therefore we have no cause for complaint, but bow to the will of Providence. . . . Had we lived, I should have had a tale to tell of the hardihood, endurance, and courage of my companions which would have stirred the heart of every Englishman.”

He lived and died an Englishman to the last, and expressed his dying thoughts in prose that has stood the test of time.

If Mars One ever gets off the ground, the adventure may end in tragedy—suddenly, with no time for last words or regrets, or slowly, allowing its victims to reflect on their fate as Scott did in his last letters. Maybe in the applicant pool of 700 there are one or two Robert F. Scotts whose grasp of reality, and what the human spirit is capable of, would be equal to a supreme crisis like the one Scott faced. But the track record of reality TV is not promising in this regard.