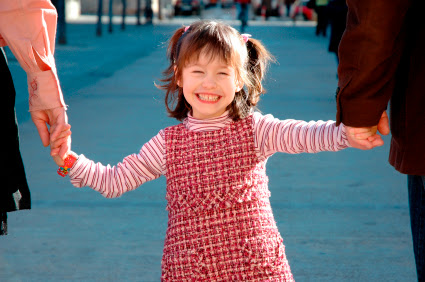 Sara (not her real name) wouldn’t wish single motherhood on anyone. When she and her partner split, it was hard. She remembers the days of shifting emotions and shifting locations. And of course it was hard financially – which, she adds, it still very much is.

For Sara, the idea that family stability leads to economic prosperity is not a tough sell. She believes it’s true for her own family, and also for the country. Others, however, get angry at this claim. For them, it’s not only false, it’s simplistic victim blaming.

But those who believe there is no link between their own family’s stability and the prosperity of the nation need to know that evidence abounds.

Let’s start with unexpected sources. A writer for the finance section of a national Canadian daily recently revealed her number one advice for accruing wealth over the life course: stay married. She herself did not and suffered financially for it.

Canadian researchers Finnie and Sweetman suggest in a 2003 study that moving from lone parenthood to any other family form significantly decreases the probability of moving into low income. (“Poverty dynamics: empirical evidence for Canada”, Canadian Journal of Economics, 36 (2), p. 306)

A recent Harvard study showed that one of the most important factors for upward mobility for low-income children was their family structure. Even the family structure of neighbouring families had an effect.

Other research shows that children raised by two parents are more likely to finish school, making them better prepared for the job market. Family stability boosts family finance and the economy in many ways.

Why does any of this need to be said? Isn’t it just hurtful, even if it is true?

Why it’s worth discussing

Deliberately connecting the dots between family stability and economic prosperity is important. A steady stream of cynics are willing to decry what they see as boring or traditional: the vast majority of Canadian families. (Statistics Canada tells us that 63.6% of children aged 14 and under lived with married parents.

Yet it’s not just about convincing the cynics. It’s important to help families themselves.

In a profoundly individualistic culture where we fail to see a purpose for marriage outside ourselves, we find fewer reasons to make our own marriages work. Atomized or non-existent communities don’t help. This makes it all the more important to talk about the benefits of marriage for children, for the family or for the country.

The success of families and their communities are intertwined. Detroit comes to mind as a city with a low level of two-parent homes. In 2010, only three in ten children in Detroit were living with married parents. The vast majority were being raised in single mom households—with the greater likelihood of poverty that brings.

The public sector can attempt to act as family when families fail, but this neither promotes human flourishing nor balanced budgets. Some things are irreplaceable. This is not to say that children raised by single parents cannot succeed, or even go on to become President of the United States, to cite one prominent example. In the aggregate, however, family stability proffers benefits for children, for parents and for the economy.

Some will know this to be true without needing academic research of any kind. But for others who may still doubt, we encourage you to take a look. The first step to solving a problem is recognizing that one exists.

Andrea Mrozek is the Executive Director, Institute of Marriage and Family Canada. This article is reproduced with permission from the IMFC website.