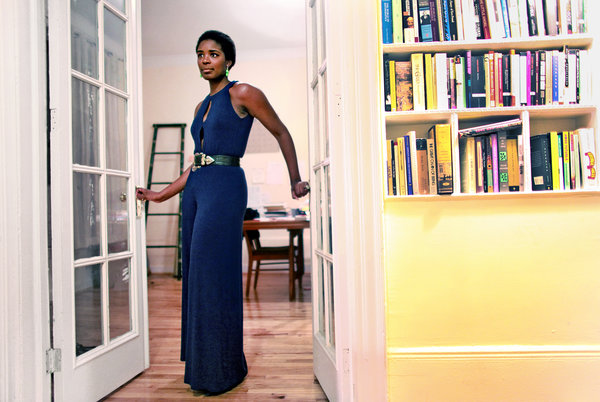 I was captivated by a recent piece in the New York Times  about an African woman who is pitching in to transform America’s literary culture. Uzoamaka Maduka; a 25 year old woman, born to Nigerian parents and raised in Maryland is starting a literary magazine called the “American Reader”. Asked why she is starting such a magazine, she said, “So many of the voices in fiction that are out there are deeply neurotic white male stories of how, ‘Oh, I had weird sex’; I kind of felt like, I really don’t want to sit still for this.”

My sentiments exactly! I have planned many quiet weekends, indoors; cuddled up with books I thought will be great reads only to be discomfited by their lurid and sleazy contents. Every now and then, I find myself immersed in the deeply disturbed ramblings of mad men pretending to be authors. Well, I don’t need to tell you how unpleasant this is. Neither do I need to tell you what harm these raunchy, revolting and utterly inappropriate literatures can do to the culture of a people who read a lot.

There is need however to draw attention to the little help readers get in choosing appropriate reading. Until 2005, when MercatorNet was born, readers like me hardly knew where to go to find the right picks. Even now helpful reviews on the Internet or anywhere else are still too few. In a world littered with every unsavory publication, and with 328,259 new titles and editions each year, Americans leads the pack, good reviews are essential. But many, though desiring it, fail to promote it.

A failure in sharp contrast to speedy and often vitriolic outrage directed at literary works challenging gay agenda, pornography or pro-life views. In my view, such outrage, though based on false agenda, achieve its immediate object of scaring off dissenters or at least getting themselves a hearing. This can cut both ways, for silence often means consent.

On its website, the American Reader promised to restore literature to its proper place, to be principled, but not dogmatic; discerning, but not cruel; popular, but not populist and to honor the dignity of the reading public. I hope it lives up to its words; then it will compliment the sweat of the likes of MercatorNet, to fix the broken back of contemporary literature in America and elsewhere around the globe.

According to the New York Times, Ms Maduka is a practicing Catholic who is ready to defend her beliefs. She attends weekly Mass at St. Ignatius Loyola on Park Avenue with her boyfriend Mr. Mullen, who became Catholic while they dated at Princeton. It is fascinating that a second generation immigrant has enough mettle to intervene directly in an important public matter in the United States and, in addition, has a faith solid enough to pass on to the people around her. Perhaps, this is future of Christian faith and culture in the US; perhaps the many African immigrants flooding in each year could, if they refuse compromise with error, help wash clean America’s moldering culture and revive a faith that is dying.