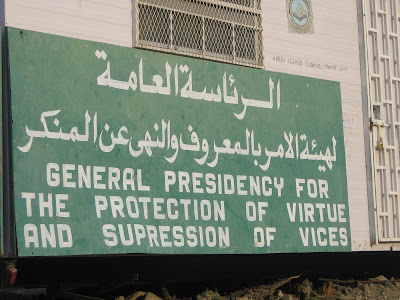 Make no bones about it: the West – Europe, North America, Australia and
New Zealand – is ruled by the Taliban. True: they are not the same Taliban that
ruled Afghanistan and beat people for listening to music or dancing, or who
stoned people to death for committing adultery. The West’s Taliban’s style is
different – they stone you psychologically by marginalising you for your
beliefs. But in substance they are the same as Afghanistan’s Taliban – their
specialty is intolerance.

The West’s Taliban are the secularists who will persecute anyone with a
religious perspective on philosophical or moral issues, or any matter of public
discourse for that matter. And we all live in fear of them just as the men,
women and children of Afghanistan fear their Taliban. We go quietly about our
business to avoid their persecution. We keep our own counsel and do not talk
about our religious faith or the value Judaeo-Christian principles have
provided Western Civilisation for fear of being psychologically beaten and
stoned.

Indeed, I am writing this article anonymously for fear of what it could
do to my career or the persecution it might bring my children studying at
schools and universities where the Secular Taliban rule.

To give an example, my daughter, who attends one of the leading law
schools in our country,
is often dismissed in class debates as holding an opinion because she is a
Christian rather than on the merits (or lack of) in her arguments.

Her logic and reasoning from principles of natural law and even legal
precedent are dismissed not because they are irrational or wrong but because
she must be making her argument from
a Christian perspective because she is known to attend Christian religious services
on campus.

In one class debate a fellow student went so far as to say that a law
was needed to ban anyone of any religious faith from holding public office. No
one challenged this view. Not even the professor!

Early in my career, writing as a freelancer for a leading broadsheet
newspaper, an editor who had become a friend told me confidentially that I
would be well advised not to take a conservative position on issues like
abortion or radical feminism. He knew I wanted to become a full time journalist
and he said that expressing views on these subjects would prove a career
killer.

Later on, working as a political press secretary and speech writer, I
was often dismissed in policy debates on subjects such as abortion because I
was known to have religious convictions. Sometimes I wondered whether I could
have achieved more by giving up my religion and becoming a very public atheist
with rather contrarian views on certain issues.

Sadly, I recently advised my daughter, the one at law school, against
writing an article on gay marriage. The article would not take a religious
perspective. Rather she was going to tackle the issue from the perspective of natural
law, the concept of rights and legal precedence.

But the truth is such an article, no matter how well argued, would have drawn
her to the attention of her professors, fellow students, and even future
prospective employers – all to no good end. I suggested it would be better to
bide her time until the day she is in a position of authority as a public figure
who can take a stand on such matters, perhaps as a politician or judge. Of
course, if her fellow students – who will one day be Taliban apparatchiks –
have their way, she will never be allowed to hold public office after they trawl through her Facebook page and discover that she attended a college church service.

Some readers will object that Christians are not being persecuted and
are free to appear on Fox News, to go to churches situated on prime real estate
and to send their children to religious schools. Where’s the persecution, they
will sneer.

They have a point. But only a small one. We live in a Balkanised society
where religion is tolerated in some provinces and persecuted in others. But in
the most influential newspapers, the most appealing jobs, the most powerful
public service offices, the entertainment industry, and the top universities,
it is the Taliban who run the show. Ask any religious-minded college student or
young professional.

Make no mistake: We are ruled by the Taliban. This is  Cultural Revolution where people of
faith are made to sit in the corner wearing the Dunce’s Cap. And everyone of
faith – particularly of any of the great Monotheistic Religions (Islam,
Judaism, and Christianity) – is a target.

Constance Kong is the pen name of a Shanghai-based business
consultant.