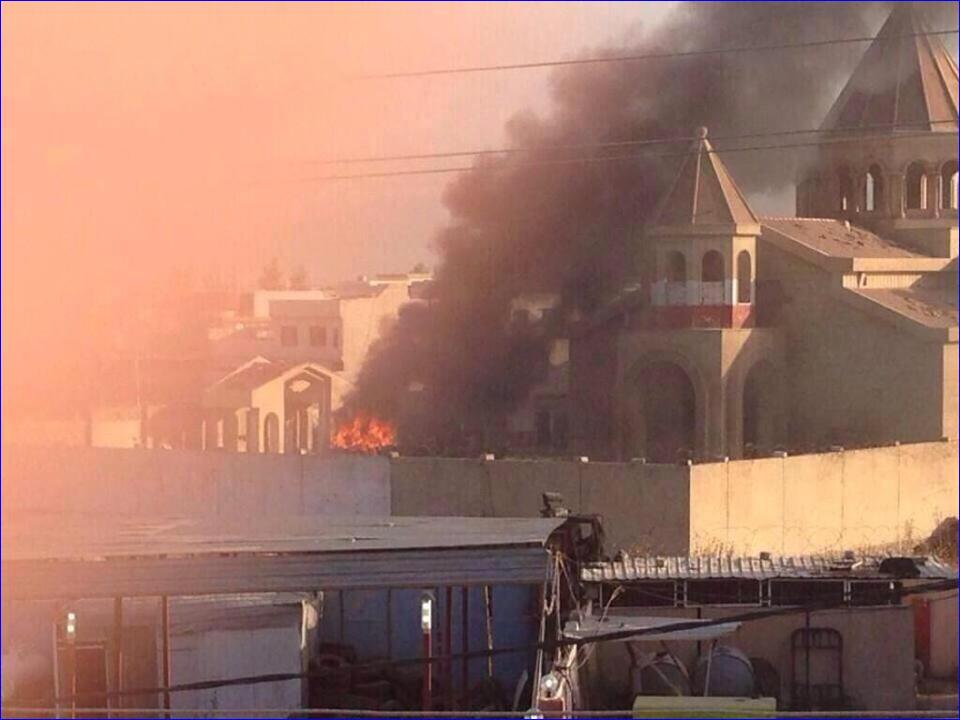 Oliver Maksan of the charity Aid to the Church in Need interviewed the Patriarch of the Chaldean Catholic Church, Louis Raphaël I Sako. They spoke on June 28 in Ankawa, near Erbil, in the Kurdish sector of Iraq. The Patriarch’s views on the future of Iraq, American responsibility for the current crisis, and the prospects for Christianity in the Middle East are essential reading.

Oliver Maksan: Have you any hope that Iraq can remain a single state?

Patriarch Louis Raphaël I Sako: No. Perhaps a symbolic unit and the name of Iraq will continue to exist. But de facto there will be three independent zones with their own budgets and armies.

What are the consequences of the disintegration of the state for Christians in Iraq?

That is the question. To be honest we bishops are somewhat at a loss at the present time. The future may lie in Kurdistan. Many Christians are already living there after all. But there are also many who live in Baghdad, and there are also some in Basra in the Shiite south. We must wait and see how things develop.

On Friday the synod of the Chaldean Church in Erbil came to an end. Did you decide on any measures in view of the crisis of Christian refugees from areas occupied by ISIS or otherwise under threat from them?

We have been closely concerned with this. We also assigned a commission of five bishops from the areas affected whose task is to ensure initial aid for the refugees. The American and French consuls were here to help us and to develop a vision. But everything is still in a state of flux. I and other bishops are of the opinion that the situation will deteriorate. At present there are three fragments of Iraq, a Sunni one, a Kurdish one and a Shiite one. The Kurds already enjoy autonomy anyway. The Shiites do as well in a sense. Now the Sunnis are following suit. Iraq will therefore be divided up. If this is the case it will be better to sit down together and find a consensus in order to prevent further fighting and loss of human life.

Is this the darkest hour for Iraqi Christianity?

It is the darkest for everybody. There is no persecution of the Christians. Many more Muslims have fled from Mosul and the surrounding area. But what worries us greatly is the fact that the exodus of Christians from Iraq will increase. When I was in Turkey recently ten Christian families from Mosul arrived. And in the space of only one week twenty families left Alqosh, a completely Christian town not far from Mosul. This is very serious. We are losing our community. If Christian life in Iraq comes to an end, this will be a hiatus in our history. Our identity is threatened.

Should Western countries give Iraqi Christians a visa or not?

The tragedy is that the families are split up. Many are already in the West. The children are constantly asking their parents why they are still there and not following them. You can’t stop this trend. It’s impossible.

So there’s no hope?

Perhaps the older ones will return when the situation has stabilised. But the young ones will stay outside the country. In ten years there will perhaps be 50,000 Christians left. Prior to 2003 this figure was about 1.2 million. Within ten years we have shrunk to a community of perhaps four to five hundred thousand faithful. We don’t have exact figures.

What can we Christians in the West do?

The Christians in the West are very weak. There are good Christians there who support us with their prayers and in material terms. But their influence is slight. On the whole the West is doing nothing at all. We are very disappointed. They are just uninvolved observers. They find football more interesting than the situation here or in Syria. Western policy only pursues economic interests. The international community should put pressure on Iraqi politicians to make them find a political solution and form a government of national unity.

What can Aid to the Church in Need do for Christians in Iraq?

Can you, as someone who is not directly involved, play a mediatory role in the present situation? When you were Archbishop for the town of Kirkuk, which was the subject of contention between the Arabs and the Kurds, your house was open to all parties…

I have continued with this in Baghdad. All the important decision-makers are based here. For example, I visited the president of the parliament. But the time for this is now past. The cleft is worse than ever. How should I get to Fallujah in the Sunni Anbar Province? The problem is that the Sunnis do not have a real leader in Baghdad who can speak for them.

Do you think that the majority of Arab Sunnis support ISIS?

Yes. Quite clearly. They do not necessarily share their ideology. But they support the political goal of regime change and the foundation of their own state. ISIS intends to found an Islamic state with oil wells in order to islamise the world.

Is this also a danger for the West?

I think this is a danger for all.

There are calls for American intervention to stop the advance of ISIS. What do you think?

No. I don’t view it like that. The Americans have been here and they made a lot of mistakes. The current situation is their fault. Why replace a regime by something even worse? This is what happened after 2003. The Americans deposed a dictator. But under Saddam Hussein at least we had security and work. And what do we have now? Confusion, anarchy and chaos. The same thing has happened in Libya and Syria. If you want to change the situation here you have to educate the people in the schools, media and mosques in matters of freedom, democracy and the construction of their own country. It is impossible to install a democracy on the Western pattern here. Under the old regime prior to 2003 we had no denominational problems. We were all Iraqis. Now we talk about Sunnis, Shiites, Christians, Arabs and Kurds.

But wasn’t it only like that because Saddam held the different groups together with an iron fist?

Perhaps in the present context we need in the Middle East a strong leader who is at the same time just and not only looking out for his family or tribe.

This strong leader isn’t there at the moment. But do you still see a chance of stopping the disintegration of Iraq and finding a political solution?

Such a possibility will still exist if the West and our neighbours such as Iran, Turkey, Qatar and Saudi Arabia want it to.

Louis Sako was born in northern Iraq in 1948. Last year he became the Patriarch of Babylon, the head of the Chaldean Catholic Church, taking the name Louis Raphaël I. Oliver Maksan is a German journalist and a correspondent for the Catholic charity, Aid for the Church in Need.

Louis Sako was born in northern Iraq in 1948. Last year he became the Patriarch of Babylon, the head of the Chaldean Catholic Church, taking the name Louis Raphaël I. More by Louis Raphaël I Sako