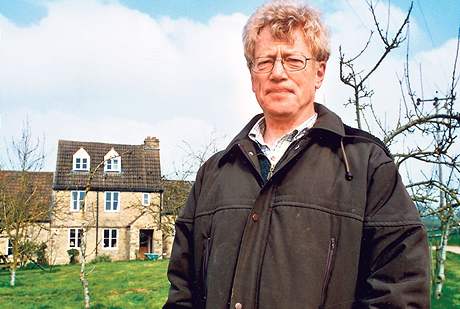 Reports from Britain show that the battle in the public square there on the issue of gay “marriage” continues to gather momentum.

In the London Times last week one of the country’s foremost thinkers, Roger Scruton, took the government to task for “the shallow reasoning that has dominated the political discussions surrounding this move” to redefine marriage.

He criticised what he described “the threadbare idea of equality” which was being used “to settle every question concerning the long-term destiny of mankind and as though the writings of the anthropologists (not to mention the poets, the philosophers, the theologians, the novelists, the sociologists) counted for nothing beside the slogans of Stonewall.“ Stonewall  is the UK gay lobby group.

The substance of Scruton’s Times article is reported in the current issue of First Things and can be read here.

Meanwhile the Daily Telegraph carries a letter this morning from nearly 60 cross-party members of parliament protesting at the Coalition government’s plan to introduce legislation which will redefine marriage.

SIR – As parliamentarians from different political parties and none, we are united in supporting the institution of marriage defined in law as a union between a man and a woman. We recognise the value of a loving and committed relationship and we respect civil partnership, but affirm the distinctive value of marriage reflecting the complementarity of a man and woman often evidenced in parenthood.

At the last election, none of the three main parties stood on a platform to redefine marriage. It was not contained in any of their manifestos, nor did it feature in the Coalition’s Programme for Government. These facts alone should have led to extreme caution on the part of those calling for this change to be made.

Instead the Government is ignoring the overwhelming public response against the plans. The consultation has ignored the views of 500,000 British residents in favour of anonymous submissions from anyone anywhere in the world. We believe that the Government does not have a mandate to redefine marriage.

We recognise these are issues of conscience which will be given free votes in Parliament. We will be seeking legal guarantees of the same freedom of conscience for our constituents and religious organisations to teach, preach and express a traditional view of marriage.

We are sceptical that the proposed protections will prevent the erosion of liberties of religion and conscience. The proposed redefinition of marriage is unnecessary, given the legal rights established through civil partnerships. We understand some parliamentarians support freedom for same sex couples to marry, but we support a freedom from the state being able to redefine the meaning of marriage.

The media response group, Catholic Voices, comments on this and observes the Telegraph’s reporter John Bingham’s remarks that, supporters believe that many more will vote against when the bill comes before the House at the end of January. Based on letters sent to constituents, it is reckoned that 137 Conservative MPs — about half of the parliamentary party — will reject the bill. But with majority support in the other two parties the Prime Minister, David Cameron, is still likely to succeed. But at what cost? Many Tory grassroots activists are deserting their party over the issue; and UKIP is already soaking up disgruntled Conservative voters for the same reason, taking the anti-European party into third place, ahead of the Liberal-Democrats.