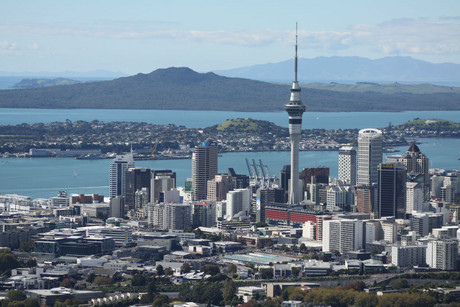 Hi everyone! Apologies for the delay in posting over the last couple of days. We are in the middle of moving into our new house in Auckland and doing some *cough* minor renovation work on it. We’ll be laughing when we move in, hopefully sometime next month, but there’s a lot of work to do between now and then.

The house that we have moved to is on a rise and looks over a small depression. From our windows we can see dozens of houses packed close together. Our house is on about 400 square metres of land and thus is fairly cheek-by-jowl with the neighbouring houses. You really cannot escape the fact that there are hundreds of people living in very close proximity to us. And that is in Auckland, New Zealand, a city that is not large by world standards (at 1.5 million people). From my limited experience of overseas cities (mainly in Europe) I can only imagine what it would be like to live in a city five or ten times as large.

Nowadays, most of us in this world live in cities (apparently the tipping over 50% was in 2008). We live increasingly in more confined spaces where we are very much aware of our neighbours. We see thousands of fellow human being every day – in the car, at work, walking down the street. So it’s no surprise that with these daily reminders of the mass of humanity that we are innately fearful of overpopulation. That’s what we live with and experience.

Here in Auckland, we can attest to the population pressure on our house prices (it makes looking for a house very dispiriting!) which has pushed up prices 16.1% in the last year alone! But our daily experience is not able to cater to the wider picture that we have talked about here on this blog over the last couple of years: low fertility rates; an ageing population; a bleak long term population outlook; a flight to the cities; and many western countries needing immigration to grow or sustain their populations.  In New Zealand, Auckland is booming and the population of the city is set to hit 2 million people in the next twenty years. Over that same period, the proportion of the country living in Auckland is going to hit 40%. With more and more people in New Zealand living in one place, is it surprising that many people here think that we need to worry about our population “explosion”? As the population of the provinces continue to be sucked into large cities like Auckland, the effects of slowing population growth are hard for most people to marry up to their everyday experiences. Thus, is it any surprise that the news we mentioned last week about the world’s population peaking in 2050 did not get a lot of media attention?  But as is mentioned by Henry Grabar in The Atlantic Cities, if correct, this news could dramatically change our outlook in urban areas:

“Recent UN forecasts have also indicated that 70 percent of the world’s population in 2050 will live in cities, which has left many demographers concerned that cities in the developing world will face enormous humanitarian crises in the next few decades.

But what if global population in 2050 is not the middle-rate 9.2 billion, but the low-rate 8.2 billion? The situation could be entirely different, with the potential urbanized population dropping significantly from previous estimates of 6.4 billion.

Population projections try to predict the battle between two trends: the drop in the mortality rate and the decline in the birth rate. UN population estimates, national and global, have documented the progress from a high-mortality, high-fertility society to one with low mortality and low fertility.  Declining fertility has followed declining mortality, meaning that national populations have tended to rise before they stabilize and, eventually, fall.

This research, published in the journal Simulation in February, indicates that the decline in the birth rate (prompted by declining fertility rates) will catch up to the decline in mortality rates faster than in the middle-line UN forecast, which would make the 1980s the time at which the world population was growing the fastest.

There is some evidence in support of the UN’s low-fertility rate prediction. In 1992, the UN estimated that world population would hit 10 billion by 2050. In more recent predictions, that milestone has been pushed back to the last decade of the 21st century.

What if it’s never reached at all?”