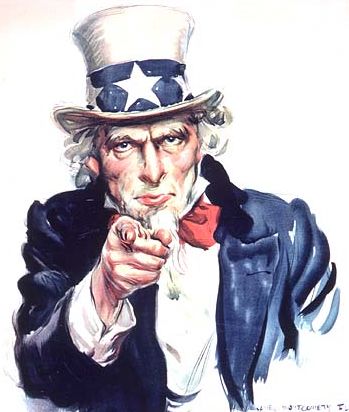 The United States is arguably still the world’s greatest super power.  Yet, just who makes up that superpower is changing.  White people, excluding Latinos, are expected to see their influence and numbers diminish from a 70% share of the population today to a bare majority by 2050.

Figures recently released by the U.S. Census Bureau show that 50.4 percent of births were from minority groups between July 2010 and July 2011.  William Frey, a demographer with the Brookings Institution, comments in the The Guardian:

When you have more than half the births within minority groups, that sets the stage for huge change in this country…It means that before long young adults in America will look dramatically different from those who came before.

Minority groups are already clearly in the majority in Hawaii (77.1 percent minority), the District of Columbia (64.7 percent), California (60.3 percent), New Mexico (59.8 percent) and Texas (55.2 percent).   As children born in the United States become full United States citizens, it means that minority children will soon become voters and thereby have more and more political sway, giving them the ability to change the country from within.

As debates currently rage about immigration levels, people likely do not realise that much growth in minority groups comes from within the country – especially because minority groups have higher fertility rates than white people.  In the coming years the childless couples of the ageing baby boomer generation are going to have very different political concerns to the much younger minority population, such as pension plans, while younger minorities will likely be more concerned with education and lower taxes (in direct conflict with pension plans!).

The figures make disparate income and skill levels worrying.  The Guardian reports that:

Poverty rates are about three times as high for African Americans and Hispanics as they are for whites, while a shocking 40% of adult Hispanics ended their education before they reached high school. In the past, these socio-economic problems could be brushed under the carpet as relatively marginal incumbrances, but now they are marching their way to the front and centre of US society.

This could pose a problem for the country in the future.  If majority groups are to become the majority then they will have to upskill and be better provided for if the United States is to maintain its economic position in the world.  At least to some extent this will happen naturally if language barriers currently present a problem for new immigrants – their children will not have these same challenges to face.

Yet, perhaps these figures don’t represent such a change for the country after all – America’s philosophy has always been to provide a home to any and all who want to make the American dream their own has it not?  This brings a much more interesting question to the fore – are these immigrants taking on America’s constitutional values or are they slowly changing the country into something new altogether?