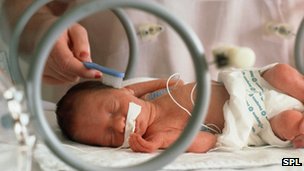 A link between induced abortion and premature births — and associated health complications — is supported by a new study from Finland. The more abortions a woman has had before giving birth, the more likely she is to give birth prematurely, the BBC reports.

Finnish researchers used a national birth register from which they identified all first-time mothers having a single child between 1996 and 2008 — a total of 300,858 mothers — and compared these with an abortion register covering that period.

Of the first-time mothers, 10 percent had one abortion, 1.5 percent had two, and 0.3 percent had three or more. The vast majority of abortions were surgical (88 percent) and carried out before 12 weeks and almost all for social reasons.

After controlling for smoking, history of miscarriage, socio-economic level and other factors, perinatal death and very preterm birth were more likely after abortion.

The study showed there would be three babies born before 28 weeks for every 1,000 women who had never had an abortion, four per 1,000 who had had one abortion, six in those who had had two abortions and 11 if the woman had had three or more abortions.

There were similar figures for babies born before 37 weeks and for low birth weight.

The researchers were at pains to point out that the increased risk was very small, that the study could not establish a causal link between adverse outcomes and induced abortion, and that “women should not be alarmed by our findings.” However, they suggest that surgical abortions could increase the risk of infection, which could affect future pregnancies.

The dilation procedure used in surgical abortions can also damage the cervix — especially in younger women. This was pointed out by a British gynaecologist last year presenting the results of a similar study carried out by a team at Aberdeen University in Scotland.

The British researchers found that a previous abortion increased the risk of pre-term delivery (before 37 weeks) by 33 percent, and of “extreme” prematurity (before 34 weeks) by 44 percent.

It’s important to note that the number of women having multiple abortions is climbing. In the UK last year, 68,105 women having an abortion had already had at least one termination — up from 64,303 in 2010. That’s around one third of all abortions. The figures include 82 under-16s having their second abortion and two having their third.

But, even if the number of women with the greatest risk — from three or more abortions — is small, any increase in very pre-term birth is a huge problem for doctors and health systems. The BBC:

Andrew Whitelaw, a professor of neo-natal medicine at the University of Bristol, said: “While pre-term birth before 37 weeks’ gestation exposes an infant to a modest but definite increased risk of a range of serious problems including brain injury and death, birth before 28 weeks exposes the infant to a hugely increased risk of death, brain injury and permanent disability.

“Thus an increase, after three or more abortions, of nearly threefold in the odds of having an infant born before 28 weeks is worrying.

The Finnish team recommend that health education should include information on “the potential health hazards of repeat [induced abortions], including very preterm birth and low birthweight in subsequent pregnancies.”