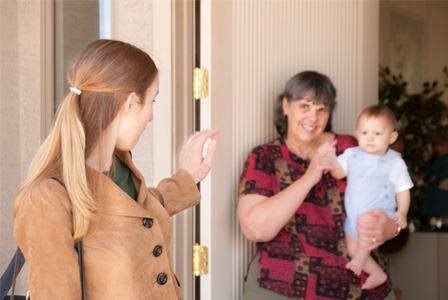 Denmark has one of the lowest fertility rates in the world.  In the last few years its Total Fertility Rate has been tracking downwards from 1.892 children per woman in 2008 to 1.7332 in 2012.  It now is the 185th most fertile nation in the world (out of 221 countries) and this year is due to see the lowest birth rate in the country since 1988.  In short, the Danes for some reason have a problem making babies. The problem has got so bad that we reported earlier this year on calls for a parliamentary working group to look at the problem. Obviously they need some help, poor people.

Well, luckily for the Danes, there is help at hand.  According to the Telegraph, there are a group of seven Danish kindergartens in North Fyn, near Odense, putting on a party for children. This involves an evening with two hours of free daycare so that their parents can have some peace and quiet and, as will be explained to any inquisitive children, have “a chance to speak at home”.  The daycare centres aren’t doing it out of pure, disinterested concern about the future of Denmark, they are also worried about the future of their jobs! After all, daycare centres are surplus to requirements with no children being born! As one of the organisers, Ms Nyman said, the lack of children meant that the future funding of local nurseries was uncertain:

“Without money we can’t look after the children well, and if there aren’t enough children, there are not enough jobs for our workers.”

Unfortunately for Denmark and the childcare centres, while many parents have said that they will take advantage of the evening, they won’t be doing so for the reasons intended. Ms Nyman again:

“Lots say ‘We’ll bring our children to the party but you won’t be getting any more children out of us.’”

That’s a pity, but the best laid plans of mice and men oft go astray and accidents do happen. And Denmark needs a few “accidents”:

“Hans Oluf Hansen, former professor of Economics at the University of Copenhagen, said: ‘Our fertility rate is well under the replacement rate. In the long run, there will be fewer young people to provide for the elderly.’

According to experts, the continued decline in birth rates in Denmark is because fewer families are having a third and fourth child, which would help compensate for those with one or no children.”

I doubt that a couple of free hours of childcare, although welcome, will persuade many people to have another child.  However, the organisers are also hoping to draw attention to the dwindling number of births in Denmark. In that at least, they have succeeded: a blog written on the other side of the world is now talking about it. (Now lets add Denmark to the list of countries headed: Germany, Japan, Italy…)